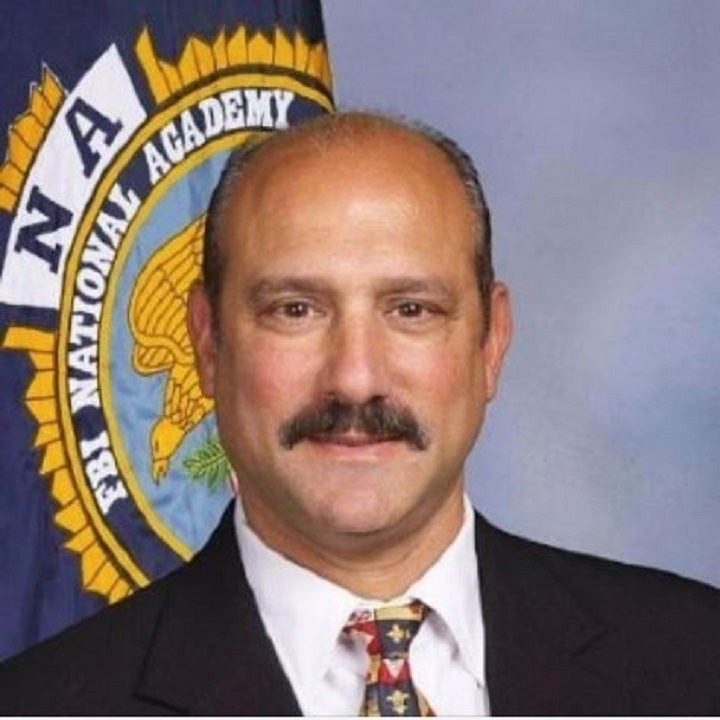 One Louisiana police officer was killed on Friday and another was injured after a vehicle chase in a New Orleans suburb, authorities said.

Authorities identified Mandeville police writer Vincent "Vinny" Liberto Jr. as an officer who died from his injuries. Liberto had been the department since 1994 and served in the Marine Corps for ten years.

"He leaves a wife who is grieving, children who are grieving," Sticker said of Liberto. "We have an agency that has not lost an officer of more than 50 years in mourning. The entire law enforcement community is mourning. We are a tight-knit community. This is a bad day for the Mandeville Police Department." [19659006] Mandeville Police Chief Gerald Sticker said at a news conference that the wounded officer being treated at Lakeview Regional Medical Center is expected to survive.

Authorities surround the scene of Friday's shooting in Mandeville, La. (David Grunfeld / The Advocate via AP)

Witnesses said the chase began just before 3 p.m. after a traffic stop near state routes 22 and 190. A suspect got out of the vehicle and allegedly shot at Liberto. Another officer came and was also shot, WVUE-TV reported. It was unclear if the officers returned fire.

The last time a Mandeville police officer died in the line of duty was 1958, the station reported.

"The only thing we can do right now is to pray for community prayers for the injured official and for the deceased," said Mandeville Mayor Donald Villere.

St. Tammany Parish Sheriff Randy Smith said two suspects are in custody and that a weapon has been recovered. The suspected names and any accusations they face were not immediately released.

"Our thoughts and prayers go out to the family of the deceased officer and the injured officer," Smith said.

Sticker stated that the Louisiana State Police is responsible for the investigation and would ask questions about what led to the shooting.

"Our hearts go out to the officer's family and friends, the people of Mandeville and the entire legislative community. Join @FirstLadyOfLA and I pray for our permission today. #lagov #lalege "he wrote.

St. Tammany Parish President Pat Brister said, "When something like this happens, we're all heartbroken," she said. "But we will meet to support the officers who put their lives on the line to protect us."