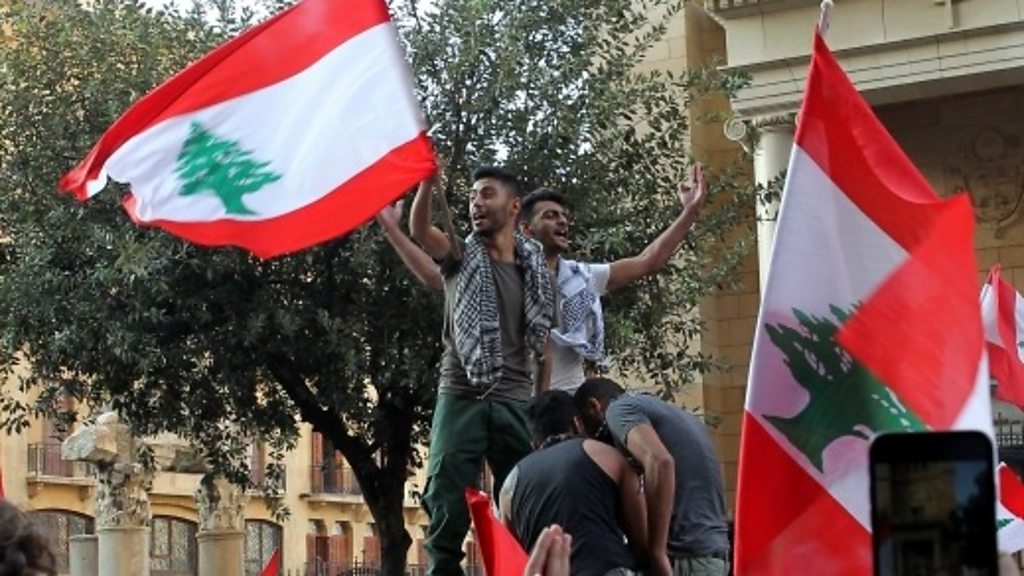 Lebanon's coalition government has reportedly agreed to a package of economic reforms as it attempts to quell the biggest protests in years.

Hundreds of thousands of demonstrators flooded the streets on Sunday for a fourth day of anti-government protests.

The protests were triggered in part by a plan to tax calls on WhatsApp and other messaging services.

The government quickly dropped the tax, but the protests have morphed into wider demands for reform.

The Lebanese economy is struggling with low growth and high debt. Austerity measures have sparked anger and deteriorating infrastructure has made power cuts and piles of uncollected rubbish part of daily life.

Government sources cited on news agencies said an agreement was reached on Sunday.

The agreement is said to include plans to privatize key utilities, reduce politicians' salaries and measures to address Lebanon's budget deficit.

The reform package is expected to be approved at a cabinet meeting on Monday.

Lebanon has long had a political system designed to balance power between the countries main religious groups.

Observers say one of the striking features of The protests are how demonstrators have shaken off the country's sectarian divide to unite against their leaders.

Mass protests erupted on Thursday, when the proposed tax on WhatsApp calls was announced.

When the tax was scrapped, the demonstrations turned their focus to wider grievances with the government, which has been accused of widespread corruption and economic mismanagement.

The spontaneous protests, which have hit major cities including the capital Beirut, have seen marchers chant for "revolution".

With debt levels soaring, the Lebanese government has been trying to implement economic reforms to secure an $ 1

Without economic reforms, Lebanon's debt is forecast to balloon to more than 150% of GDP by the end of the year.

The economic crisis, and the Lebanese government's handling of it, has ignored widespread anger, with many calling

"I am here because I am disgusted by our politicians. Nothing works. This is not a state, "Cherine Shawa told Reuters while protesting in Beirut on Sunday.

Hanan Takkouche, also in the capital, said: "We are here to say to our leaders 'leave'."

The protests have been largely peaceful, but dozens of people are reported to have been injured in clashes with police at demonstrations in recent days.