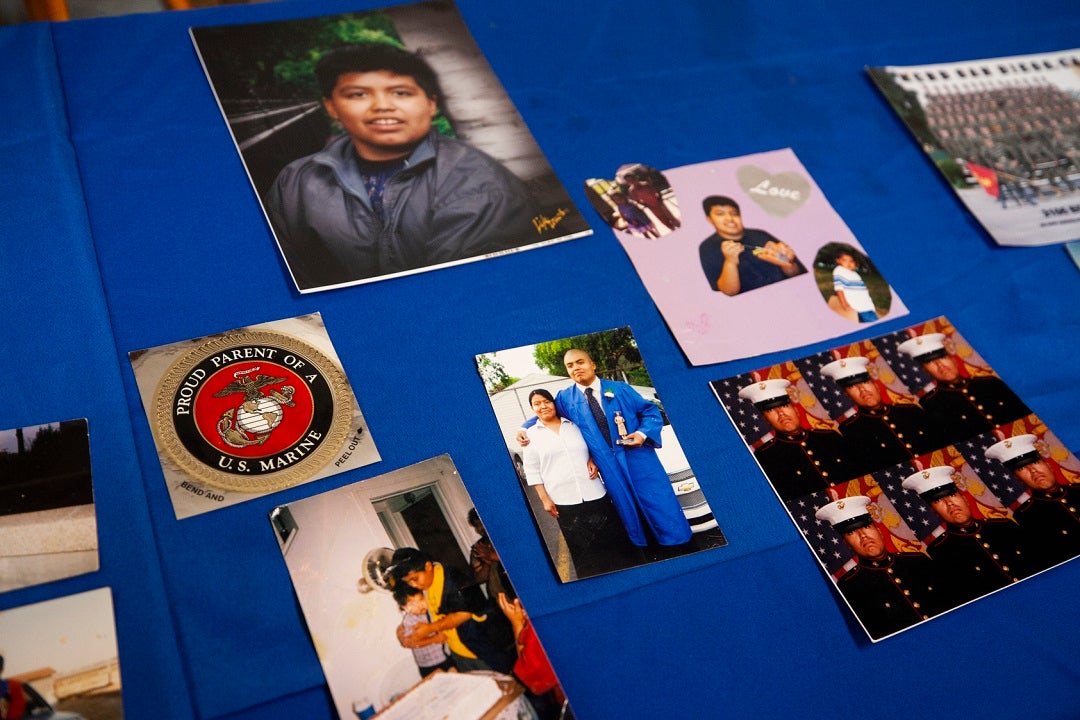 Attorneys for a Michigan-born Navy veteran who were wrongly arrested by immigration agents for three days last year have filed a $ 1 million lawsuit against the federal government.

Jilmar Ramos-Gomez was handed over to Immigration and Toll Enfrocement (ICE) agents in December 2018 following an arrest for alleged violation and damaging a fire alarm at a Grand Rapids hospital.

Authorities released Ramos-Gomez, suffering from post-traumatic stress disorder, when he could prove his US citizenship. The ACLU said his time in detention "deteriorated" his mental health and that he and other prisoners were "beaten and frightened."

In a separate legal action, the ACLU filed a lawsuit to obtain documents related to the veterinarian's time under federal custody.

The issue led to screams from immigration activists and civil liberties groups who accused ICE of discrimination.

Photos by Jilmar Ramos-Gomez posted on a table at a press conference held by the American Civil Liberties Union of Michigan and Loevy & amp; Loevy Civil Law Attorneys. (Brian Hayes / The Grand Rapids Press via AP)

"This is flagrant racial discrimination against a US citizen and decorated the war veteran simply because of the color of his skin," said Anand Swaminathan, ACLU's co-lawyer and partner at Chicago law firm Loevy & Loevy.

Ramos-Gomez's own government ignored his irrevocable citizenship proof, and was brutally arrested for his Latinx background, "he added.

ICE did not immediately respond to a Fox News request for comment Wednesday.

The city of Grand Rapids recently agreed to pay Gomez $ 190,000 for its police department, which handed over Ramos-Gomez to immigration agents. Police Chief Curtis VanderKooi served an unpaid two-day suspension of the crime-crime incident .