Lakers 'not a frontrunner' for elite free agents: Report 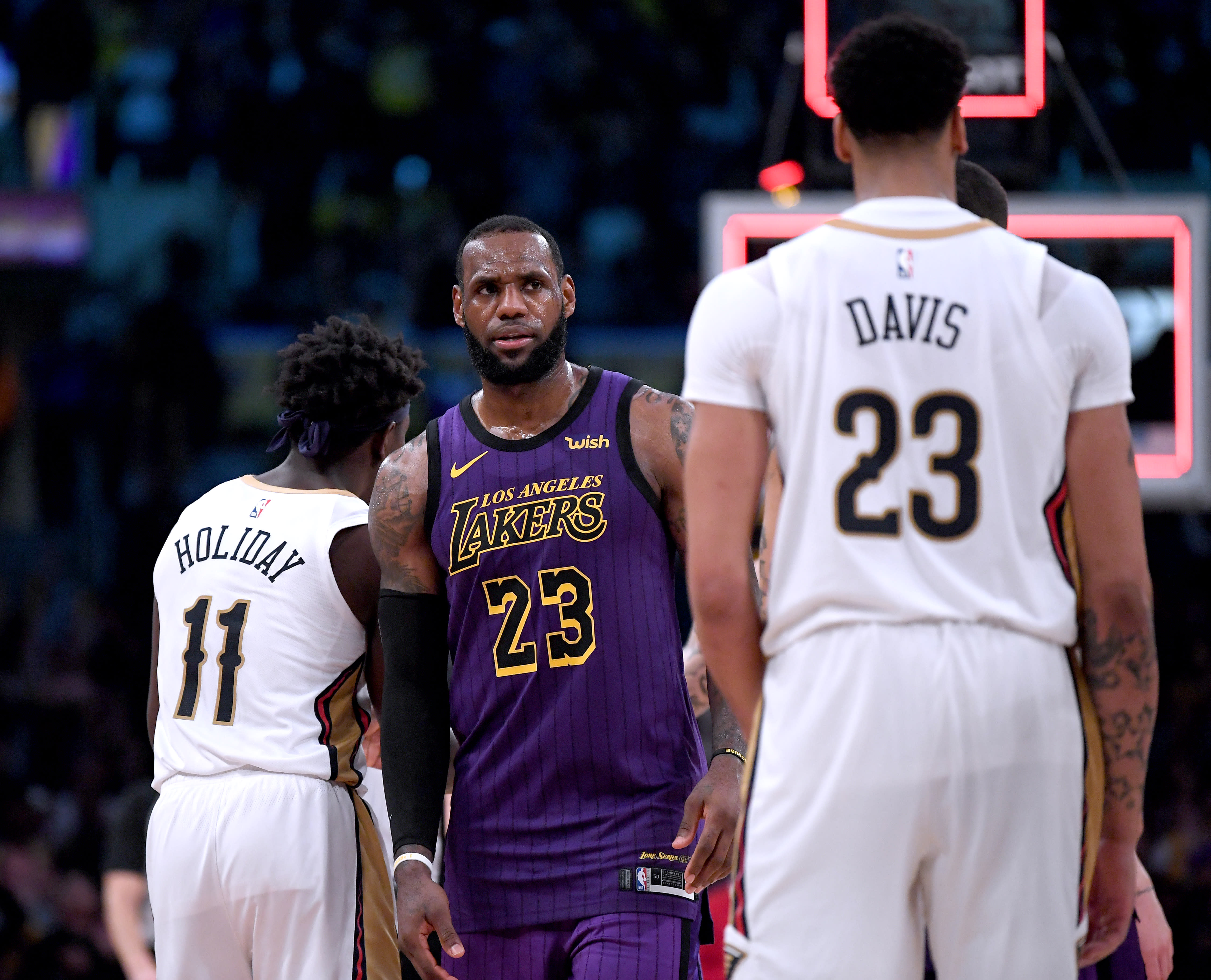 It sounds like it is Anthony Davis or bust for the Los Angeles Lakers this summer.

Coming off a disastrous season that featured a 10th place finish in the West, and injured LeBron James and a public split with team icon Magic Johnson that exposed a spigot or internal turmoil, the Lakers have a lot of resting on the upcoming NBA free agent class.

According to ESPN's Adrian Wojnarowski, fans of the purple and gold should temper their expectations.

During an NBA draft special on the network, Wojnarowski reported that the Lakers aren't on the radars of top-tier free agents.

ESPN's Woj – "If the #Lakers are drafting at no. 4 on draft night, they are in trouble because that means they didn't make Anthony Davis trade done … Right now, they are not a frontrunner or even a major consideration among any of the elite free agents. #Pelicans pic.twitter.com/qVmbjs54sU

"Right now, they are not a frontrunner Or even really a major consideration for any of the elite free agents, ”Wojnarowski said of the Lakers. "If they get Anthony Davis, they're going to have a hard time putting a team on the floor next year that LeBron James is going to be happy about."

That's a bitter report for Lakers fans. The Lakers signed James last offseason as the first piece in a plan to build a super-team. If they can't rally top talent around him, then just a mediocre team with an aging superstar that won't come close to competing in the West.

And James would have been the tail end of his prime on a bad team that improperly banked its future on its legacy.

Where are the top free agents leaning?

The pending free agent class is full of potential difference makers. Many of them have been reported to be specific destinations with very few of those being made with the Lakers. Wojnarowski's report confirms that the Lakers are indeed hurting to attract talent.

The new king of the free agent market Kawhi Leonard has reportedly had his sights on Los Angeles. But if he doesn't re-sign with the Toronto Raptors, his preferred Southern California destination has been reported to be the rival Clippers.

Kyrie Irving has been linked in reports to the Lakers and a reunion with James. He presents one of the toughest free agent decisions to predict and also has his eyes on the knicks or Nets in potential New York pairing with Durant. It sounds from Wojnarowski's report that Irving is leaning New York.

Klay Thompson was once reported to have interest in the Lakers, because of his father Mychal Thompson's ties to the team as a role player during the Showtime era. But those reports have long since faded, with the Clippers being reported as a more likely L.A. landing spot. Thompson doing anything but re-signing with the Warriors would come as a significant surprise.

Jimmy Butler, Tobias Harris and Kemba Walker will also sign big-money deals this offseason. It sounds from Wojnarowski like they all get a pass on the mess that is the Lakers.

The problem for the Lakers is that the decision's not his call. He will remain under contract with the New Orleans Pelicans, who will ultimately determine what team Davis plays for next season regardless of what he wants.

According to Wojnarowski, we'll know by next Thursday's draft night if the Lakers were able to smooth out the discord of February's failed Davis trade talks to pull off a deal with the Pelicans.

4 on draft night, they''re in trouble, ”said Wojnarowski." That means they didn't get an AD trade done. " If the Lakers do a trade for Davis, the free agency discussion could change drastically. A team with James and an elite talent like Davis just entering his prime carries considerable appeal to a player seeking a chance to win championships.

Without Davis, a young player thinking about joining the Lakers is risking his prime to a team with an unstable present and a perilous future.

That's a fate not even the lure of playing with James.