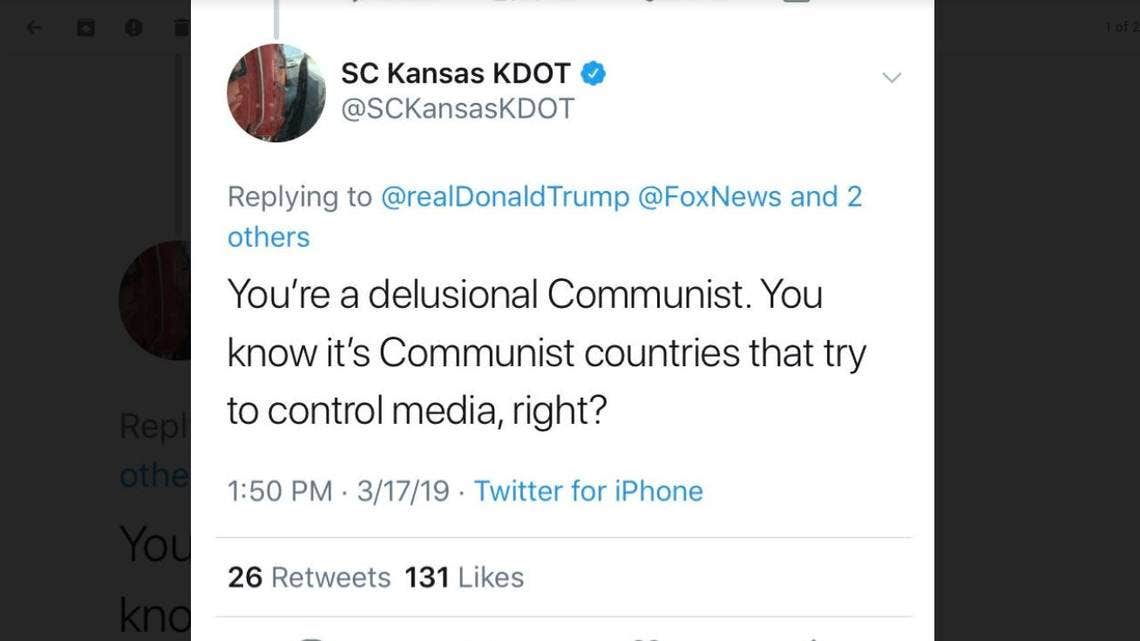 An employee at the Kansas DOT posted a tweet about President Trump who was later removed.

A tweet from the Kansas Department of Transportation on Sunday called President Trump a "delusional communist" and apparently costs the unknown worker.

"You're an insane communist. You know it's communist countries trying to control the media, right?" Tweet from DOT's southern central account read. Tweets remain until about 3:50 p.m. Tweets were in response to Trump's earlier tweet criticizing Fox News anchors, The Witchita Eagle reported.

China's Republican Party issued a statement that questioned the possible influence of democratic governor Laura Kelly on the agency.

"Governor Kelly fought on bipartisanship but she refuses to negotiate with Republicans in the legislature, and her staff are too busy attacking President Trump on the Kansas taxpayer dime," read their statement.