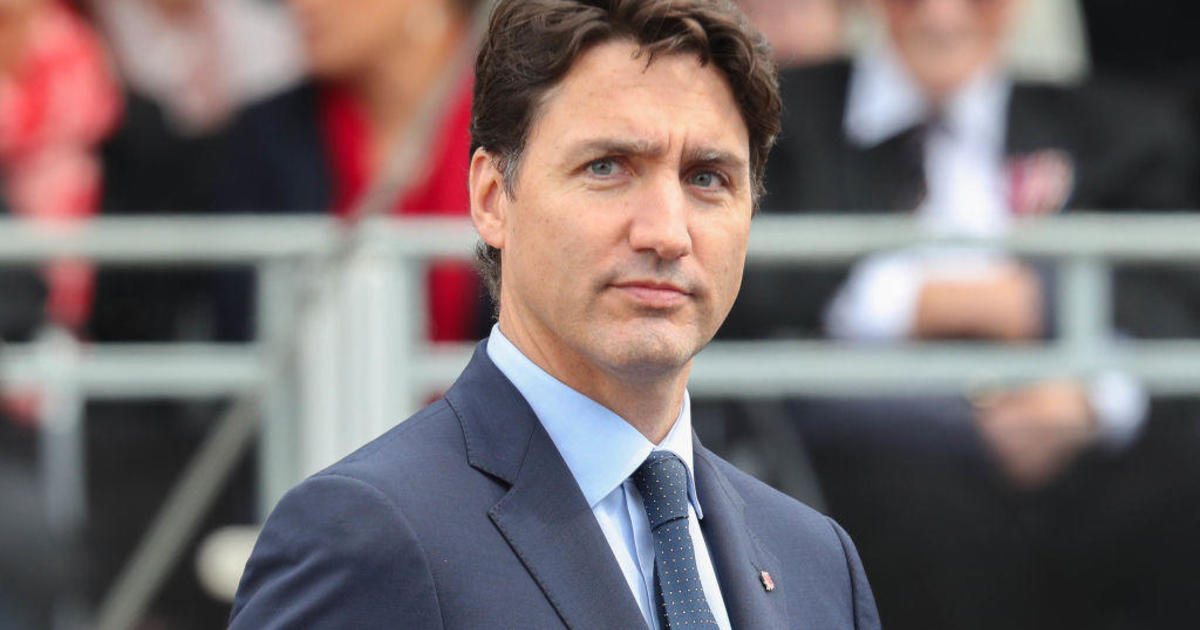 Canadian Prime Minister Justin Trudeau is under fire after a photo surfaced of him wearing brownface to a party at a school where he was a teacher nearly 20 years ago. Trudeau, who faces re-election next month, said Wednesday night that he "deeply regrets it."

"I should have known better," Trudeau told reporters. "I'm pissed at myself. I'm disappointed with myself."

Trudeau was a 29-year-old teacher at West Point Gray Academy when the picture was taken, Liberal Party spokesman Zita Astravas said in a statement to CBS News. The photo, first published by Time Wednesday magazine, was taken at a dinner in 2001

that had a theme "Arabian Nights". Astravas said Trudeau was dressed as a character from Aladdin.

At the news conference, Trudeau said he also dressed "with makeup" and sang "Dayo" at a talent show in high school.

Although there were calls for him to step down, Trudeau said, "We take this on a case-by-case basis."

He said he didn't think it was racist at the time but "now we know better" and said it was "part of the conversations we all need to have."

"I've worked all my life to create opportunities for people and fight against racism and tolerance and I can stand here and say that I made a mistake when I was younger, "he said.

Andrew Scheer, the leader of the Trudeus opposition Conservative Party, said "what Canadians saw tonight is someone with a complete lack of judgment and integrity and someone who is not fit to govern this country."

Canadian Green Party leader Elizabeth May, tweeted that Trudeau "must apologize for the damage done and commit to learning and appreciate the requirement to model social justice leadership at all levels of government . " [19659003] Trudeau, son of the late former prime minister Pierre Trudeau, ran for federal office in 2015 on a number of progressive promises. Immediately after he was sworn in, he made international headlines when he promised a changing cabinet of equality and and answered "for it is 2015 " when asked why he did it.

He started his federal re-election campaign this week, but Angus Reid Institute tracking indicated that about 30% of Canadians approve of the job he did, while about 60% disapprove.

Last month, an ethics watchdog found he had violated federal conflict of interest rules by improperly attempting to influence a former minister in relation to a criminal trial before major Canadian engineering firm SNC-Lavalin, according to BBC News.