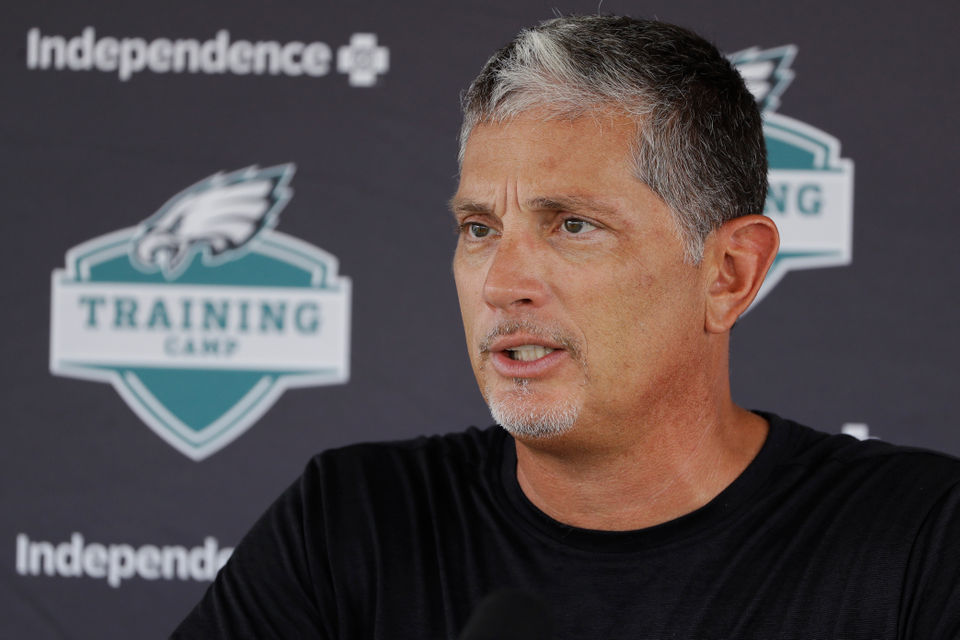 PHILADELPHIA – Jim Schwartz has thoughts and opinions, and he is not afraid to share them.

When defensive coordinators in the Philadelphia Eagles face the media, it's something interesting to take care of, whether it's his analysis of an opponent, thoughts about his players or meaning about a question.

On Friday, Schwartz had the opportunity to deal with the press for the first time during Eagles second day in training. And as usual, Schwartz gave an insight into his mind and thought process early in the camp.

Here's what the defensive coordinator had to say Friday.

The loss of Jordan Hicks could have been a devastating battle against the eagerness defense last autumn. Hicks was the quarterback for the defense, and he arrived in 2016, where he picked up five passes. He tore his Achilles against Washington on Monday evening at the end of October, but he has made a good recovery. He participated in practice during the first two days of the training camp. And Schwartz likes where he is in his progression.

"He looks the same," said Schwartz. "We had adjusted him quite a bit in the offseason, and he was probably ready for a little more than we got him to do, which is something like our job as a coach. Players are always stopping to do more."

"But I think that he benefits from it. He looks the same. His weight is down only a little bit, which I think is good. I talked to him about it. Excited to get him back in the middle of our defense. "