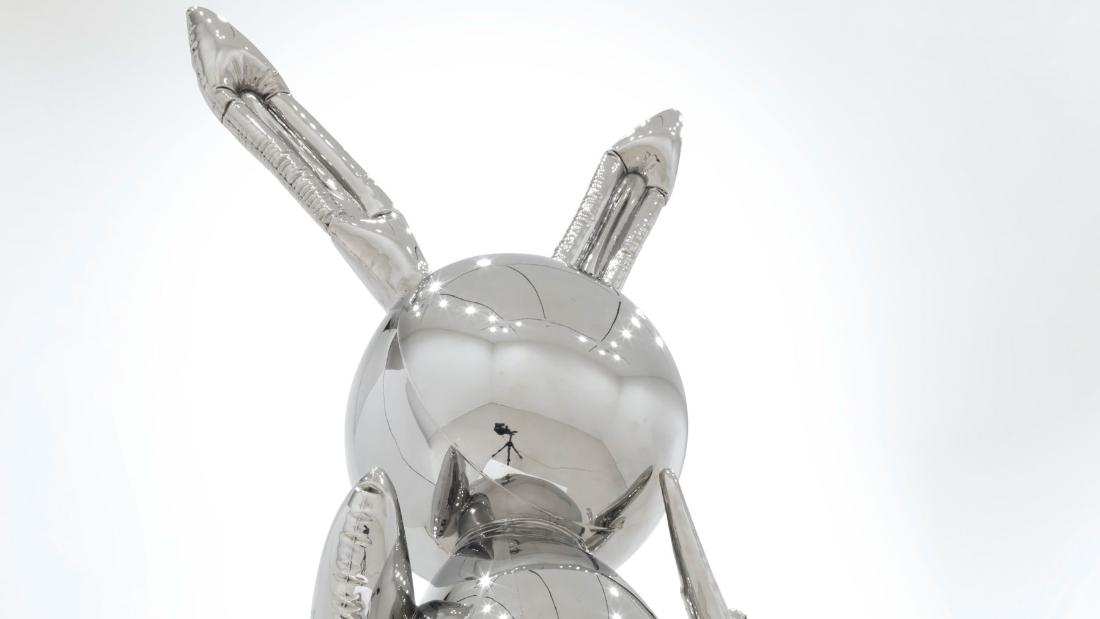 A playful rabbit sculpture by Jeff Koons has become the most expensive work by a living artist ever to sell at auction.

The new record comes just six months after David Hockney's "Portrait of an Artist (Pool with Two Figures). ) "a new benchmark for a living artist, when it sold for $ 90.3 million last November ̵1; at Christie's in New York. The British painter's artwork itself had taken over Koons' "Balloon Dog (Orange)" sculpture, the previous record holder, which went for $ 58.4 million in 2013.

Prior to Wednesday's sale, Christie's described the sculpture as "one of the most iconic works of 20th-century art."

"It is crisp and cool in its appearance, yet taps into the visual language of childhood," read a sale preview on the auction house's website. "Its lack of facial features renders it inscrutable, yet its form evokes fun and frivolity." The American artist's 'Rabbit' sold for more than $ 91M. “/>

Koons' 1986 sculpture is one of an edition of three plus one artist's proof. Another is kept at the Broad Foundation, in Los Angeles, while the third has been promised to the Museum of Contemporary Art in Chicago by its owners, according to Christie's.

The edition featured in Wednesday's auction came from the collection of the late media mogul SI Newhouse. It has not been publicly exhibited for more than 30 years.

The sale continues a record-breaking week for art in New York. A painting from Claude Monet's "Haystacks" series for $ 110.7 million at Sotheby's Tuesday to become the most expensive Impressionist artwork ever to sell at auction.