Breaking News
Home / Italy / Viviana Parisi, the latest news: for her husband Daniele Mondello “she did not kill herself”

Viviana Parisi, the latest news: for her husband Daniele Mondello “she did not kill herself” 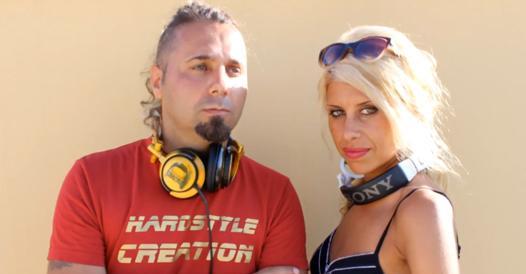 “My brother is devastated,” said Mariella Mondello, Daniel’s sister. We hope that Joel will be alive even though we are aware that it is very difficult. We no longer know what to think about what happened, if my sister-in-law committed suicide or if she was killed.

The Mondello family is in pieces after the terrible news on Saturday afternoon, when the dream of hugging Viviana has disappeared. All the last and faint hopes hang on little Gioele. «The search to find my sister-in-law and my nephew started late ̵

1; complains Mariella -. The body was found less than two kilometers from the highway: how come they have not seen it before?».

The family also wonders why the people like the accident with Viviana on the highway did not stop her before she crossed the guardrail and disappeared into the woods.

DJ’s parents left Turin yesterday to go with their son-in-law to Sicily. They believe that daughter was killed. “They killed her. My daughter is gone. But we want to know where my nephew Gioele ended up and if anyone has hurt him ». So Luigino Parisi, Viviana’s dad.

A hypothesis, about murder, which the investigators do not reject. There is still too much to understand in this story. The autopsy will provide some security. But those who knew Viviana can not believe that it was she who took her own life and even worse who hurt her beloved child.

“We do not believe that Viviana killed herself or killed Joel. We think someone attacked them or something we have attacked animals moving in herds here». So two friends of Daniele Mondello came from Tortorici to give comfort to the DJ. “It seems absurd to know her that she could have hurt the child or killed herself,” he says. Nino Pipitò, a messinese DJ colleague and the couple’s friend. I rule out heavy disputes with her husband, who has always been very close to his family ».

Daniele and Viviana had met in Turin, in the field of hard goods. He is an internationally known DJ. “Viviana? A very nice, funny girl. And the lively performances should not be misleading, we are talking about people with strong values,” says Pipitò, who recalls how the woman was also a “very sensitive” person, who “sometimes suffered too much even for a little discussion “.

Train Solimeo is a singer. He worked extensively with Daniele and Viviana, living for months in their home in Sicily: “The involvement Viviana has with Daniele is enviable – he says he talks about his friend in the present and still cannot use the past. I think there are no more couples close than them. They live for each other. Then little Gioele’s arrival was the dream that all women want to realize, they complemented each other “, says his friend, moved. But how was Viviana in everyday life? “Well, you know a ray of sunshine comes out after a summer storm? Here is exactly the effect that Viviana has on people ». But that ray of sunshine will no longer shine, it died out in the bush near Caronia, at the height of a still largely inexplicable story.

epochal defeat. And Di Maio looks to the Democratic Party