SuperEnalotto, the sixth record in Lodi: won 209 million with a reason card of 2 euros 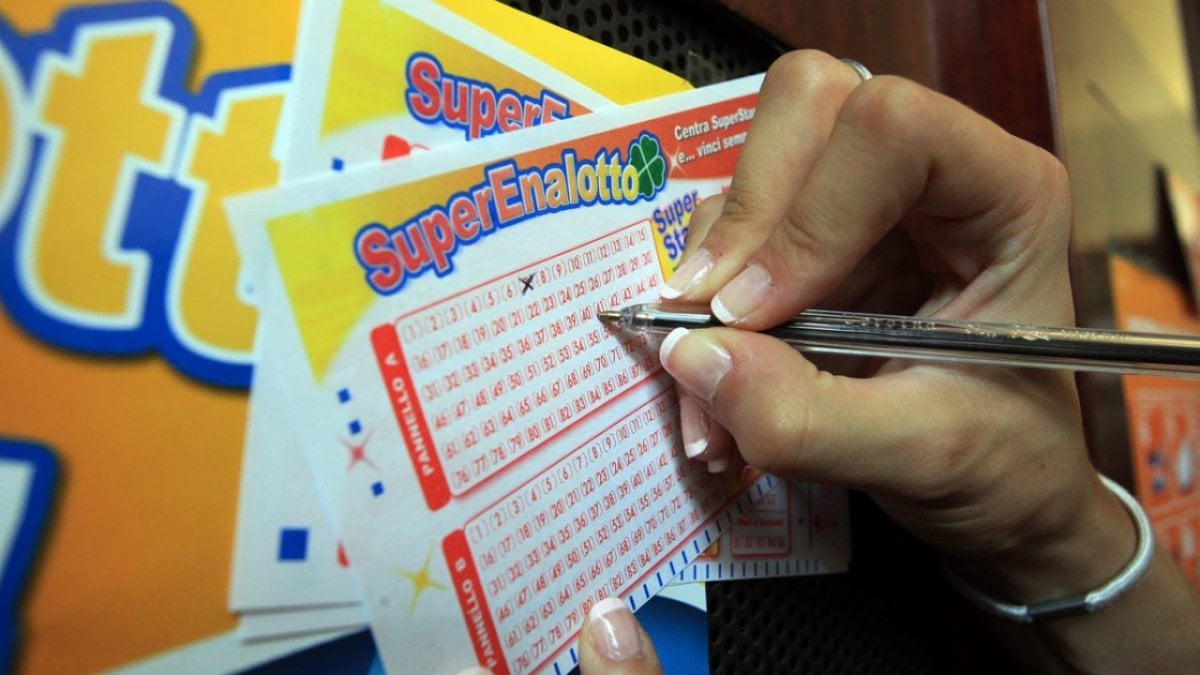 This is the winning combination:

The jackpot of 209 million is the highest in Superenalotto history and the highest in all world lotteries. The last 6 go back to over a year ago, when – on June 23, 2018 – won € 51.3 million through a system of 45 players. The record for the highest jackpot ever was € 177.7 million when the winning sestina was beaten on October 30, 2010 with a Bacheca system divided into 70 coupons. Between one record and another, 3,1

67 days have passed, during which the 6 were centered 28 times.

The 6 of the € 209 million discs centered tonight in Lodi were achieved through Quick Pick, the system that randomly generates a ticket of 2 euros from the terminal without the player filling it in physically. In today's draw, five 5s were also made of € 63,109.30. Three of these have a system, one in Sellia Marina – in the province of Catanzaro – and the last in Monterotondo, on the outskirts of Rome.

From the first win – January 17, 1998, in Poncarale, in the province of Brescia, when they won lira 11.8 billion – at the last "6" awarded tonight (the 12th story) Superenalotto shared prizes of over 3.6 billion only with "6". Since the launch of the game so far, Italians have spent nearly 43 billion euros in pursuit of dreams, a figure that allowed the Treasury to take advantage of 21 billion euros.

Among the richest winnings that have left an indelible track in the history of the competition and in the collective memory – as well as in the pockets of the lucky players – we cannot remember the famous "6" made on October 31, 1998 in Peschici municipality by 4,000 souls in the province of Foggia, with over Lira 63 billion and shared among 100 locals who played a maxi system. Before today, the highest prize ever, not only in the history of Superenalotto, but in the history of European lotteries, was centered on October 30, 2010 thanks to a system that rewarded 70 players scattered throughout Italy, who shared a loot never seen before: EUR 177.7 million .

Superenalotto: return to Peschici, the land of happy millionaires

by our correspondent PAOLO RUSSO

It is not only Lody's players (or players) celebrating the release of "6" which allowed him to pocket EUR 209 million, but also the Treasury, given that the state from the tax on profits collects more than EUR 25 million. This is due to the so-called "wealth tax" introduced in January 2012 (initially to 6% and then doubled from October 1, 2017), which provides for a tax of 12% for the part that exceeds the profit over EUR 500.

You have 90 days, starting with the publication of the official bulletin for the competition, to request the prize. To collect the millionaire prize, the winner must present the winning game receipt exclusively at the Sisal Awards office. from Via A. Tocqueville, 13 – 20154 – Milan or Viale Sacco and Vanzetti, 89 – 00155 – Rome. Payment of winnings will be made within one month of delivery of the winning ticket

(data from the Agimeg Agency)


"La Repubblica he will always fight to defend freedom of information, for his readers and for all those who care about the principles of democracy and civil society "

Carlo Verdelli
OFFER TO THE REPUBLIC

We are not a party, we are not seeking consensus, we are not getting public funds, but we are standing by the readers who buy us at the newsstands every morning, look at our website or subscribe to Rep.
If you are interested in continuing to listen to another watch, perhaps incomplete and some annoying days, continue to do so with conviction.

"I spent a thousand euros a day on cocaine. I loved a famous woman»

Outside the choir Matteo Salvini from Giordano announces: "Just today he passed from the M5 to the League". One new avalanche