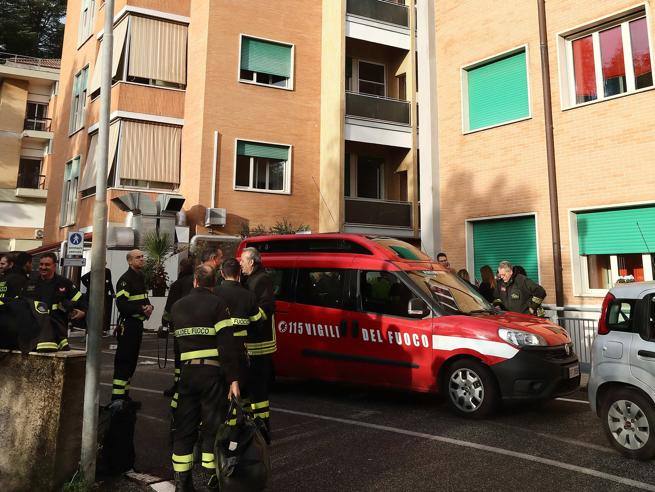 Night of fear at the hospital Villa San Pietro via Cassia. A fire from some power cables at the other source level caused a cloud of smoke climbed on the floor -1, where the pipe block is located, then empty but also spread to the ground floor and other compartments. In itself, the fire was not so serious, but it completely destroyed the heart of the electrical system, putting into operation all the structures and machines of the hospital. The reason that the health director has triggered the Paimaf plan, which concerns the highest emergencies, and asked for total hospital evacuation. It took me in the middle of the morning.

In total, almost 400 patients would be transferred to other health facilities in Rome, Lazio region and maybe even these would not be adequate and should increase the request for priority at the reception even outside the regional territory. Another hypothesis, which currently seems wary, to prepare a field hospital. The intention is to start transferring in an ambulance those who can not go and the most serious cases and then gradually those who need more help with Ares 118 buses (therefore equipped), hoping that over a few hours you can fix the mistake that also affected generators, so you can reactivate all hospital activities.

was transferred to other hospitals 31 patients

Some patients were immediately transferred from one department to another to avoid remaining in contact with the fire area. But the biggest problem the firefighters found were the hospital's electrical system that suffered serious damage. So much so that on Saturday morning, the entire hospital remained in the dark. The transfer to other hospitals in the capital with 12 children in the neonatal intensive care, eight adults from resuscitation, eleven is treated by the intensive wreath apparatus and all pregnant women who are feeding just because it is of patients who need the help of machines currently under the first The investigations can not repair the electrical system of Villa San Pietro. Both the emergency room and the children's department were already released – these are updates from the region of Lazio -. All patients with high complexity are transferred from intensive care and all facilities that will have patients with a priority code have become warned, because the youngest children have Bambino Ges also been warned. For patients who are able to be discharged, the departure goes.

In place, just before 5 o'clock, a number of fire brigade teams participated, who together with hospital staff took measures to move certain patients. Secondly, the rescuers help to empty the pharmacy's department and refrigerators of canteens and kitchens. The firemen perform an inspection at the hospital where the flames were immediately emptied before they could reach other premises and cause serious damage. There were no injuries, no drugs and are now investigating the causes of the fire.

Since the dawn of the dawn, a smoky fire has evolved inside the hospital Villa San Pietro in Rome. quickly triggered the emergency plan and all rescue and fire services. The firemen entered the scene and the emergency unit coordinated by ARES 118 was established immediately to transfer patients to the nearby hospitals, all of which were warned. On-site, Sanit Regional Advisor, Alessio D & amp; Amato and San Francisco Director of Ares 118, Domenico Ientile, will check the situation. what was announced by the Ministry of Health and Health and Social Inclusion in the Lazio Region