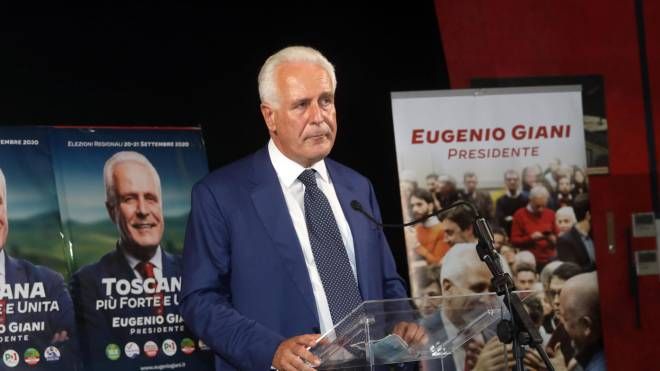 Florence, September 23, 2020 – He is already at work for the team arrived. Eugenio Giani, new president of Tuscany region, celebrates but touches on the notes he wrote these days. He wants to do it quickly and well. Experience can be his friend. Names and arrows, a few more stars for one or the other. He wants to be independent in his choices. He reiterated this yesterday by sending a message to the Tuscan them secretary Good luck: “I have no sponsors, I said it very constructively and with great affection for everyone”. Up to trying to break free: “Tuscany’s leadership is not entrusted with party logic or between parties, I must be the president of Tuscany. It is right that I do not identify with anyone. I have the experience of a path created by reasoning with my brain.” . But inevitably, in order to form the junta, Giani must take into account two needs: the representativeness of the parties and the lists that supported him and the territorial representativeness. He plus eight council members (four women and four women, one of whom is also vice president).

He from Florence, governor-mayor among the mayors, will not be able to bring in another Florentine / a. The almost certainties: the big names of the Democratic Party’s preferences start from pole position. Here they are. Leonardo Marras (Grosseto, Pd) former leader of the group in the Regional Council. He may have a heavy department. Maybe agriculture is not enough, it could be the new advisor for health and welfare (but there may also be a technician on the way, as the director of ASL Toscana Centro Morello). Then there is Alessandra Nardini (second for preferences in Pd, Pisa): she was a candidate for vice president that La Nazione had written and that post could be her most second delegation.

In Arezzo, Vincenzo Ceccarelli, outgoing advisor for infrastructure, urban planning and housing, was full. It could be confirmed exactly on that armchair to provide continuity in sensitive issues such as public transport and inter-municipal city plans. Then there is Monia Monni, elected to the university on the Florentine plain. Is she the right woman for the environment? Giani really likes the Sienese them Simone Bezzini, also in Olympus of Preferences (13,999). He repeated it in recent hours. The news of the vote was Iacopo Melio (leader of the City of Florence, Pd, over 11 thousand votes). Will he “only” be a regional councilor? Or will there be a special task for him or will he come to the find?

The vice presidential question is still open: in addition to Nardini, Serena Spinelli (left civic organic) is actually on the move. Ilaria Bugetti (victorious in Prato, Pd) could also appear. If he joined the council, he would free up a seat for Nicola Ciolini, with the support of Mayor Biffoni. And the others? Paolo Bambagioni (Tuscan Pride), a former member of the Regional Council, could have the role of “political adviser”. For Italia, Viva Stefano Scaramelli is on pole. The game is open to the president of the regional council where Stefania Saccardi (Italia Viva), Bambagioni himself (Tuscan pride) but also Pisan Antonio Mazzeo (Pd) could “challenge” each other.

epochal defeat. And Di Maio looks to the Democratic Party