Mario Negri and the Catholic University founded the IIHP 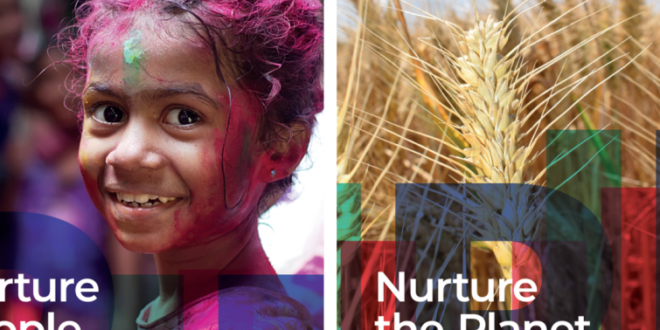 Today, the creation of the Italian Institute of Planetary Health (IIPH) announces a new scientific topic originating from the Union between the Mario Negri Institute for Pharmacological Research and the Catholic University of Sacred Heart with the participation of the Vihtali, spin-off from the university that will address health and nutrition. This is a project with a new vision of the food problem that has so far been absent in Italy. We want to study the methods of proper nutrition to correlate and support the planet's health and environment. An idea that was not so far removed from the theme of Expo 2015 which had its main theme "Feeding the planet, energy for life". Milan's demonstration was a great success, but left no trace of good intentions. Since then, the absence of institutions in business, education and food policy has worsened, leaving more room for interest in lobbies and categories that are ready to prevent unwelcome initiatives such as the sugar tax or the traffic light label. [1

9659002] 19 The first IIPH projects see researchers participating in the study of factors affecting population aging. The analyzes will focus on the differences between the determinants from a genetic, biological, molecular, epidemiological and environmental point of view. The analysis will be expanded internationally, especially in Japan, a country that has a long life span like Italy, but which presents very different eating habits. The list of projects also includes searching for food models, including adapted ones, with the best available technology (genomics, big data, artificial intelligence), in order to establish the relationship between different food components to influence one's health. Part of the research will focus on developing models for prediction and impact analysis for sustainable food systems in relation to climate change, environmental protection and biodiversity

Giuseppe Remuzzi manager of Mario Negri talked about new plants in the Amazon that are rich in antioxidants to "detect", without forgetting the broccoli stalk of our house as interesting in food. Someone wondered why the institute, always focused on pharmacological research, decided to switch to the food sector. Remuzzi recalled how the two themes are linked and how important it is to invest in lifestyles and nutrition to improve health by recalling the role and contribution of tumor suppressants found in many foods, while sometimes drugs have only one. Finally, there is another element to consider, in several regions of the world, over 50% of diet-related deaths and two-thirds of daily (*) are due to the high sodium intake and low presence of whole grains and fruits in the diet

Walter Ricciardi representing the Catholic University of the New Institute, reiterated the need to promote human health through scientific evidence and dissemination of news, by inviting other scientific groups such as Human Technopole or with EFSA (European Food Safety Authority) in Parma, and the various research institutes operating in the area of ​​the National Health Service. In terms of investments, in addition to the desire to involve food companies, we will also focus on European research funds. In the box there are already 25 projects ready to go. The first is to study food determinants that affect aging by comparing the lifestyle and food of the residents in the areas where people live most in Italy and Japan. Other topics will focus attention on food traditions and foods that characterize both the Mediterranean diet and the people of Asia and Africa that are still linked to tradition, highlighting overlaps and correlations between the various nutrients. The food industry will follow the IIHP closely and launch new initiatives and research.

(*) number of lost years due to disability or dietary illness

Nadia Toffa and the management of neoplastic skin injuries in children. – AssoCareNews.it

WHO, choosing Monti seems to be a slap in the face for those who have dedicated their lives to public health