Lung Cancer, Here are the treatments that make you live more and more 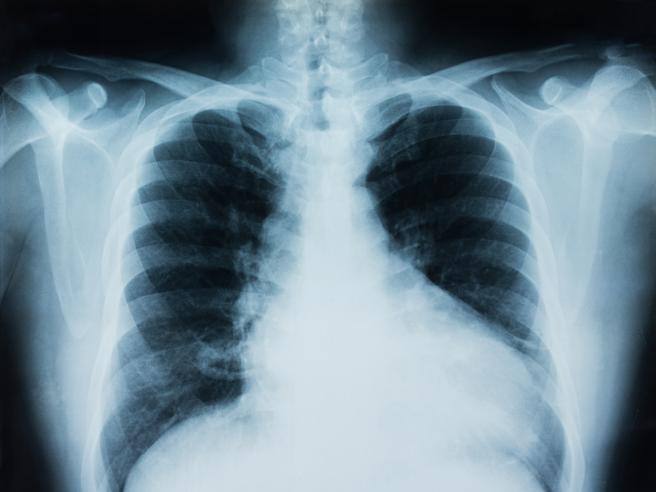 Research after research, news on new lung cancer therapies indicates that the risk of patients remaining wary is increasing day by day. Let's focus on two of these coming from Chicago, where the annual meeting of the United States Cancer Research Association (AACR) is ongoing and published simultaneously on the New England Journal of Medicine .

Let's start from the first coordinated by New York University Langon Health as it also carries the signature of three Italian researchers, including Marina Garassino from the Milan Cancer Institute, showing how the research is Italian in oncology is at the highest level. Juice is this: immunotherapy with a drug called pembrolizumab, combined with chemotherapy, doubles survival in patients with a so-called non-small cell (and non-skeletal) lung cancer metastasized compared to chemotherapy alone. To be clear: immunotherapy is an innovative form of drug treatment that allows you to "reactivate" some cells in the immune system "stunned" by the tumor and enable them to do their job again: it is to recognize and attack the cancer cells and destroy them. Chemotherapy is a classic cure: it is based on drug administration (in this case, platelet-associated pemetrexed) that destroys cancer cells, but also has activity on healthy.

Why this combination? Marina Garassino, responsible for the simple structure of thoracic pulmonary oncology at Istituto Tumori in Milan, explains: "Because it has shown a synergistic effect between the two drugs that can enhance the immune response to the tumor. The results of this study change the clinical practice that Potentially, from tomorrow (as saying, apparently the approvals of the regulatory authorities in this new therapy) could be based on this new combination. "

Other research, in short: always immunotherapy (this time the drug is nivolumab) is given to patients with so-called non-small cell lung cancer, at stage 1-3, ie from beginning to moderate before surgical removal of the tumor, not only reduces its size, but also reduces the risk of relapse. The work was performed by researchers from Johns Hopkins Kimmel Cancer Center and by Memorial Sloan Kettering Cancer Center in New York. Here are some details: 21 patients received two doses of nivolumab before surgery. After one year, three quarters of the patients had survived and had no relapse. In fact, Nivolumab reactivates a specific class of T lymphocytes that can not only reduce tumor size, but also continue to work over time, which also eliminates the tumor cells that eventually pass into the bloodstream and can cause metastasis.

Immunotherapy therefore moves more and more into lung cancer therapy, replaces or complements chemotherapy, and according to other studies presented in Chicago should be started as soon as possible, once made the diagnosis. "Chemotherapy is no longer the standard for therapy," commented Leena Gandhi, of New York University Langone Health as the first signing of the study conducted with Italians. Chemotherapy has some limitations, but immunotherapy has the ability to cure. "

Italian vaccine, the green light comes for experiments by AIFA: how it works

Coronavirus, the challenge with the Italian vaccine: 90 volunteers enrolled

Put your fingers in your nose: truth and lies