Breaking News
Home / Business / “I chased and from behind, but I masked the man from the white Citroen”

“I chased and from behind, but I masked the man from the white Citroen” 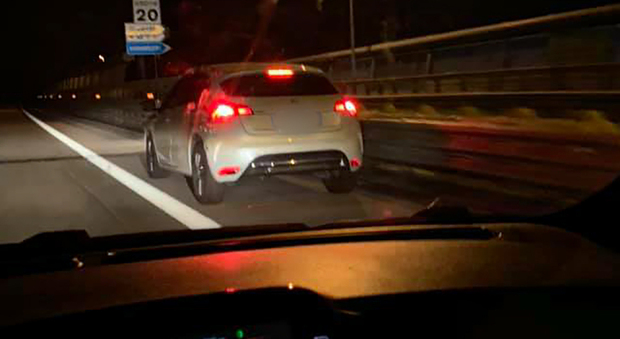 PADUA A powerful blow on automobile body and a car that flanks you and tries to convince you to stop at the side of the road. It’s a scam hand mirror who returned to claim the victims on the ring road north, especially between Pontevigodarzere and Limena.

In the past week, more than a few motorists reported to the police that they had been victims of the fraud, others, who did not stop despite the insistence, at least called the emergency numbers to report the fact. One also said that he was chased a few kilometers.
The reports’ home report is run on social networks, where the victims warn other motorists: “If you see a Citroen Ds4 White approach and then you hear a bang, pay attention, do not stop and report to those responsible. It is the appeal of Alex Favaretto, who just the second night, about 5 years, was directed at the suspect car.

WITNESS
The man says: «It was five in the morning, I returned from Villa Barbieri and to go home I had to take the Tangenziale towards Limena. When I got to Pontevigodarzere I heard a bang. The Citroen driver must have thrown a rubber bullet at me, because I have no marks on the body, but at that time he came in front of me and forced me to pull over ».
Favaretto understood, however, that it was the mirror tactic, as he was sure he had not hit that car. “I had to approach, but first I photographed the car. The driver, a man with a Neapolitan accent, alone, tried to start with his “little game”

;, but I immediately told him that I knew his technique well and that I would not have fallen for it. So he left and started running on the ring road while I stood behind him and called carabinieri. Then I lost sight of him. I reported the fact to 112, but it is true that people know that these characters exist and how they act ».

EARLIER
There have been other episodes in recent weeks. “The same car did a similar thing to me on July 16 – highlights another motorist, SB, also on the ring road – they dented The car door “.
It was worse for a girl who did not have the readiness to understand that it was a fraud: «It happened to me 3 weeks ago. They asked me for 200 euros, I only had 20 and they were happy ». But there are no “heavy” methods: “I was also stuck before the exit to Pontevigodarzere – explains CV – I heard a bang on the roof and a white car with two on board who wanted me to stay, they tried three times to surpass me and put them four arrows.

Smart work according to contract | HuffPost

Today’s market upturn does not currently change the technical scenario