Change the variant to Pieve to host the new hospital 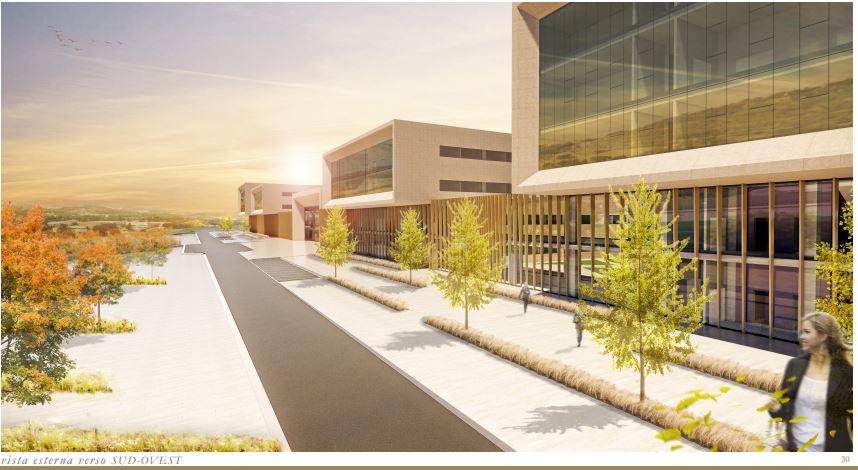 The only hospital project

With 21 votes in favor and 3 abstentions, the City Council approved this afternoon the partial variant of the general zoning plan for the identification of a “area of ​​general interest and equipment of general interest – health equipment (Article 35 nta) in La Assembly intended to house the new hospital at first level in the large area 3. Approval of variation in the acoustic classification according to regional law 28/2001 “as written at the city meeting. So finally, the city council should definitely approve the variant of Prg. Nearly 33 months have passed since, in October 2017, the governor of the Luca Ceriscioli region made the official, during the Mayor’s Conference, the choice of Macerata for the construction of the new hospital in October. Now the municipality will pass the resolution approving the variant, the region will sign the structure’s declaration on public utility services. Then it will be called to build the new hospital. Finally, the assignment of the works. With the election scheduled for September, the maneuvering times are not narrow, more seems impossible. Some bureaucrats, among those responsible for administrative work, point out that it is technically impossible in a few weeks to arrive at an irrevocable document, which should be the award of the tender. The delay collected by the municipality, almost a year lost behind the land already home to the landfill and therefore not recyclable as landfill, is likely to be “deadly” and leave the capital without the new structure proposed by the Ceriscioli regional council. An investment of EUR 230 million that risks going up in smoke. Although the center to the left wins, candidate governor Mangialardi has already shown that he has different ideas from Ceriscioli on health policy, starting with Covid Hospital in Civitanova. In the middle right the various parties are divided on the subject, but Fratelli d’Italia has always said that it prefers the strengthening of existing structures. As for the Pentastellates, the candidate for mayor of Macerata Cherubini says “it is not against the new hospital but that existing hospitals must first have excellent health”. So never. But the ball is now passing from municipality to region, “now” in the sense that the municipality will have to pass the resolution for subsequent formal acts under Asur and the region’s jurisdiction. Then just the explanation of general use, tenders and allocation. With time to follow, but well budgeted.

Fear of Takotsubo Syndrome: What Happens to Covid