Bad weather, warning in Tuscany and Emilia: concern for rivers 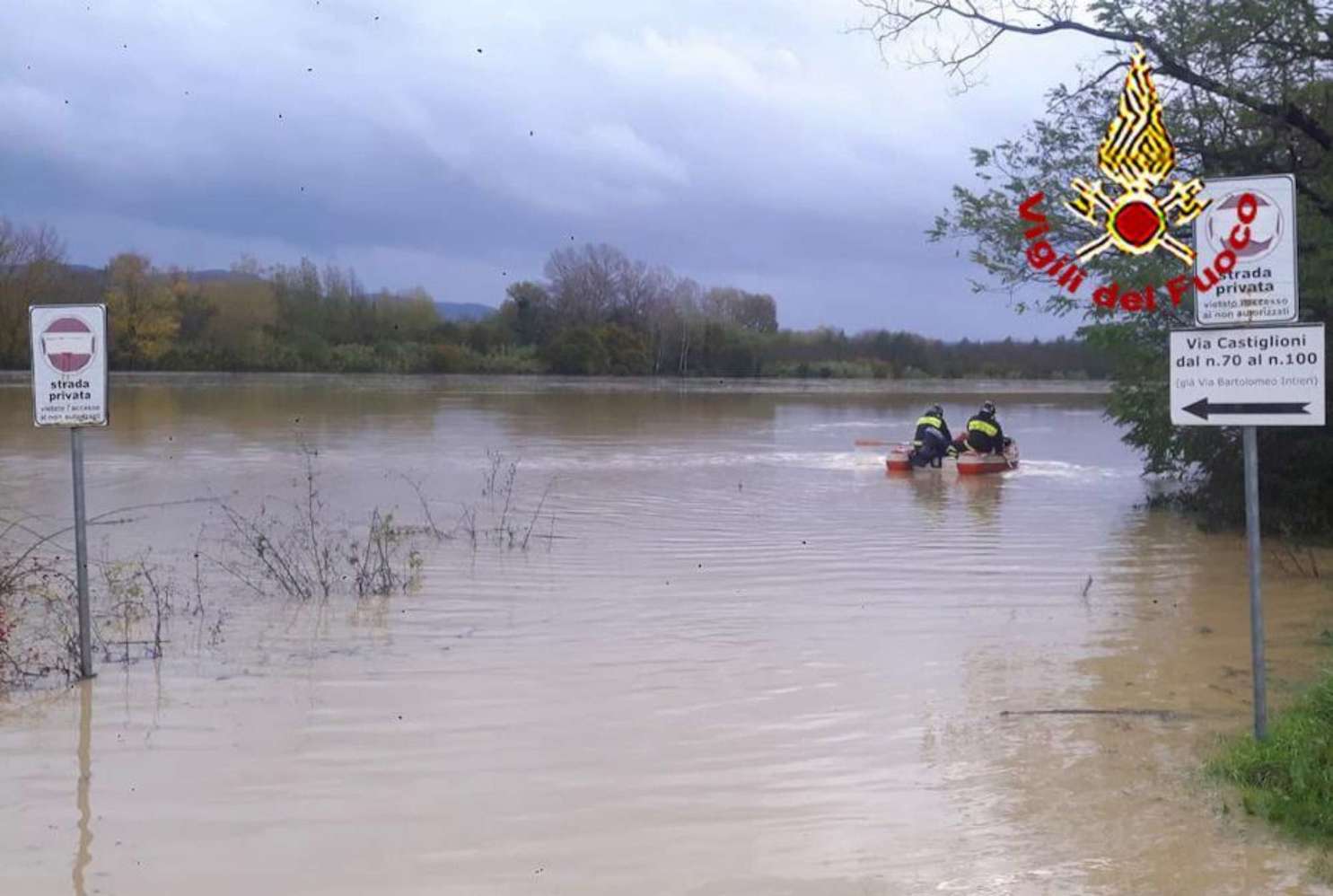 A small flood was registered at Sieci in the municipality Pontassieve near Florence. Also flood Grossetano where a stream came out of the banks. Twenty-three families were evacuated in Barberino Tavarnelle and 500 in Cecina (Livorno) due to flooding.

Arno is flooded at Lisca, a rural area at river level in the municipality Lastra a Signa downstream of Florence, with the result of the closure of Via Livornese connecting the territory with Montelupo Fiorentino. The flood of the flagella river Pisa where the red warning determined the closing of offices and schools for Monday.

Mayor of Grosseto: "Away from Home Those Living Near the River Ombrone" The bad weather affecting Tuscany (orange warning over most of the territory) has hit especially the Grosseto area south of Maremma's capital. The mayor of Grosseto, Antonfrancesco Vivarelli Colonna, asked those who live less than 400 meters from the Ombrone River to abandon their homes. Six and a half meters passed on the Berrettino hydrometer. "The fourth phase of full service has officially opened. Those living less than 400 meters from the river (Saracina, Alberino, Via Rossini, Crespi, Cittadella student areas, San Martino areas) must leave their homes immediately and move to safer areas. " 1

In Emilia the flood of the Rhine is feared instead. The risk is mainly for the Trebbo di Reno area, the same where in February 2019 the waters broke and created significant damage. Already ten thousand people are without electricity and gas.

Governor of Alto Adige: "Stay at home" "Stay at home, avoid travel and follow the instructions of the Civil Protection. Remember that bus and train services are currently limited". This is the appeal that Alto Adige Governor Arno Kompatscher launched on Facebook. "Civil protection and rescue services need free paths and must be able to concentrate on their rescue work."

Cable on the A22 and the railroad, Brenner outside the borders In Vipiteno, the crash of some trees caused a medium voltage cable to fall on the Brenner highway and on the railway line, both of which are now broken, as well as the state road. For this reason, Brenner is currently out of bounds and no replacement buses can be established. The technicians must proceed with great caution because of the cable which may still be under electrical current. The closure will last for a few hours.

Avalanche in Val Martello In Val Martello (Bolzano), huge masses of snow and extinct trees poured into the valley that invaded the streets of the city like lava flows. Fortunately, avalanches did not cause victims, but some houses remained damaged. In some places, the snow reaches the first floor of the houses.

Hotel evacuated and discomfort in Neapolitan It hated by bad weather does not even harm southern Italy, especially in napolitan and other areas of Campania. A Giugliano was evacuated to Hotel L & # 39; Anicrè, located on the shore of Lake Patria: six people were removed from the structure. Water runoff difficulties are reported in the area at the mouth of Regi Lagni in Castel Volturno (Caserta) and heavy complaints are recorded, as well as in various areas in Naples, also in the municipalities north of Campania's capital such as Marano and Quarto and in other centers in the Phlegraean area.

Bad weather, fallen trees and strong wind: at least 200 interventions in Rome Two hundred firefighting efforts were carried out throughout Rome during the night due to floods and fallen trees due to the storm and the strong wind they break down during these hours on the capital. This morning already there are 100 interventions in the queue. There are trees on the roadway at Salita di Sant & # 39; Onofrio, in the center; closed to traffic because the downfall of the Tiber in Sassia is flooded.

Flash on a football field: 15-year-old injured The lightning struck the "Pastena" stadium in Battipaglia (Salerno) and injured two 15-year-old players. Both were taken to the hospital. Electric shock hit the sports facility Piana del Sele around 11am, during the Battipaglia Calcio-Pasquale Foggia Academy game, valid for the regional championship in 16. The two teams made their entry on the pitch for the second time, when lightning crashed about fifteen feet from the youth.

Snowfall and flooding in the Alessandria area The wave with bad weather also continues in the Alessandria area, where several roads have been flooded. Autostrade per l & # 39; Italia plans snow on the A26 between the Predosa-Bettole branch and the junction of the A10 Genova-Ventimiglia. Snowfall in the Apennines at the border of
Liguria. Reported accumulations of 38 centimeters of snow in Piani di Carrega Ligure and 22 centimeters in Capanne di Marcarolo.

OK by CDM to the Simplifications Decree – Last Hour

Simplifications, the decree of the Council of Ministers: from construction sites to public administration