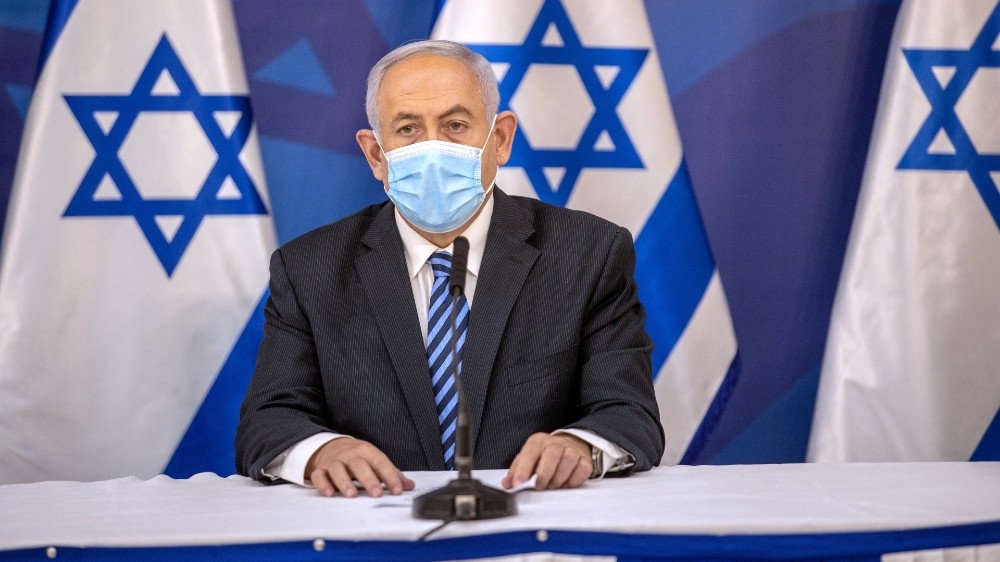 Israeli Prime Minister Benjamin Netanyahu has vowed a tough response to possible threats against Israel after hitting Syrian military targets in retaliation for an attempted attack in the occupied Golan Heights.

“We hit a cell and now we hit the transmitters. We will do what is necessary to defend ourselves,” he said on Tuesday during a tour of a military facility in central Israel.

“This is not in vain. They have the weight of the state of Israel and (the military) behind them and this should be taken seriously,” the veteran premier added.

Israel launched airstrikes on military targets in southern Syria late Monday. The army said it was retaliating after an attempt to place explosives in the Golan Heights, occupied by Israel since 1

The Syrian state news agency Sana said Israeli helicopters attacked the Syrian army’s positions near Quneitra in the south but caused only material damage. It also said air defense had taken action near the Syrian capital.

Several Israeli media outlets reported that Monday’s actions were in response to an increased threat from the Iran-backed Lebanese group Hezbollah, which has a significant presence in Syria.

In response to an IED attack attempted near the security fence between Syria and Israel last night, we only hit SAF targets in Syria including:

Tensions have risen in recent weeks along the Israeli-Syrian border after a fighter belonging to the Iranian-backed Lebanese Shia group Hezbollah was killed in a blatant Israeli air strike on the outskirts of Damascus two weeks ago.

Israel has since increased the number of forces on its northern border, where it borders Lebanon and Syria.

Last week, Israel also said it was preventing a Lebanese infiltration attempt by Hezbollah fighters, and launched one of the heaviest exchanges of fire along the volatile border between Israel and Lebanon since a 2006 war between bitter enemies.

Since 2011, Israel has launched hundreds of attacks in Syria, targeting government troops and allied Iranian and Hezbollah forces, and vowing to end Iran’s military presence in Syria.