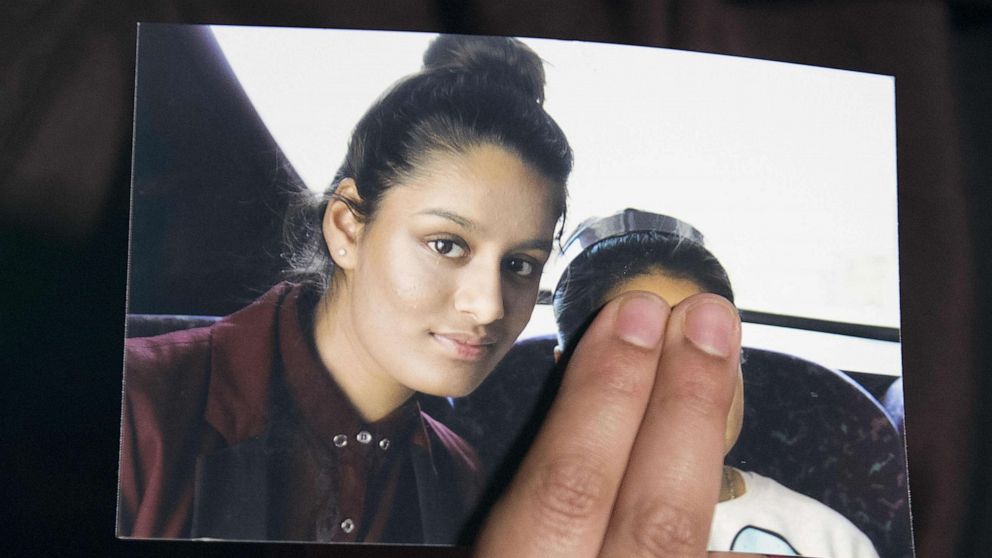 Begum was 15 years old when she left Britain to join the caliphate.

1; Shamima Begum, the British woman who joined ISIS as a teenager in 2015, will be allowed to return to the UK to challenge the government’s decision to remove her citizenship.

Begum, 20, had her citizenship removed by the British government for security reasons in early 2019, after she was discovered alive in a refugee camp in northern Syria by Anthony Lloyd, a war correspondent for The Times of London. She had fled Britain and been married to an ISIS fighter, four years earlier, when she was 15 years old.

The former ISIS bride had appealed the decision because it left her stateless, but in February a court ruled that because she held dual British-Bangladeshi nationality, the transition to clearing her of her citizenship was legal.

Her lawyer had claimed that Begum, who remains in the camp in northern Syria, failed to challenge the government’s decision because she could not return to Britain, according to reports in the British media. At the Court of Appeals in London on Thursday, three judges ruled in her favor, saying Begum could return to the country where she was born to legally question the decision.

The Court acknowledges that there are concerns about national security around Miss Begum but the Court reaches the conclusion … despite those concerns, the only way she can have a fair and effective appeal to SIAC [the Special Immigrations Appeals Commission] is for Ms Begum to come to the UK to pursue that appeal, “the law court said in a statement to the media.

The government has said they will appeal the verdict.

A judge said Begum “could be arrested and charged on her arrival in Britain and detained pending trial”, according to the verdict.

In February 2020, ABC News’ foreign correspondent James Longman spoke with Begum and another ISIS bride, the American-Canadian Kimberly Polman, where they shared a tent. Throughout the interview, both women referred to ISIS as “they”.

Both women said they were different from the other ISIS women in the camp.

“Some of them celebrated when Baghdadi died because he was not radical enough for them,” Begum said, referring to Abu Bakr al-Baghdadi, who was killed in a raid in October 2019.

Although Begum is now allowed to return to Britain, it is still unclear how her passage back to the country from northern Syria could be secured. Since her discovery in February 2019, Begum, who had three children during her time with ISIS, all of whom have died, has repeatedly appealed to the public to return to the UK.

“This is a very disappointing decision by the court,” a spokesman for the Interior Ministry, the government body responsible for immigration and policing, said in a statement. “We will now apply for permission to appeal this ruling and remain in effect pending any appeals. The government’s top priority remains to maintain our national security and to protect the public.”

Nurse kicked, punched by teens on bus after asking them to wear masks