Is Ronnie Ortiz-Magro the Most Troubled 'Jersey Shore' Star? 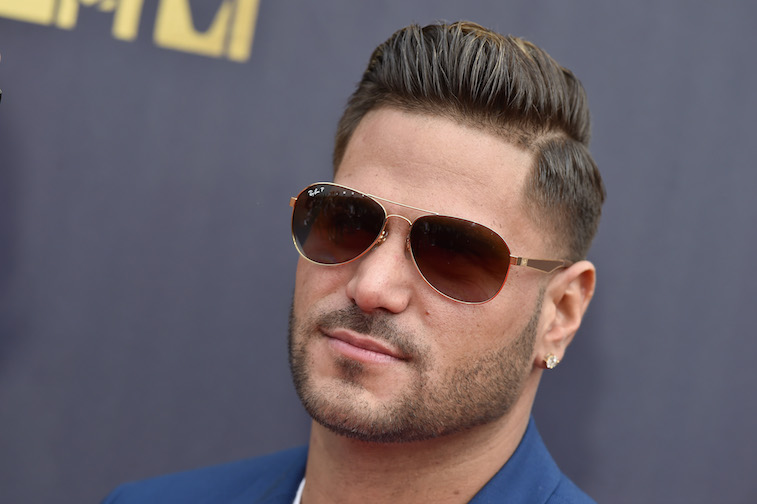 The cast members of the decade-defining TV show Jersey Shore all skyrocketed to fame years ago when their show first debuted on MTV.

In the time since, all of the original cast members have gone on to create their own separate identities, separate from the show that earned them so much success.

While some of the cast has achieved unlikely peace (Snooki, anyone?) others have struggled to maintain a sense of normalcy. Ronnie Ortiz-Magro is one of the Jersey Shore stars who has a notoriously difficult private life and even these days, is in the headlines more than ever before.

When did Ronnie Ortiz-Magro become famous?

Born in 1985, Ronnie Ortiz-Magro did not grow up in the entertainment industry. In fact, he worked for his father in his real estate business long before turning his attention to life in reality TV.

In the summer of 2009, Ortiz-Magro was one of the original cast members recruited for Jersey Shore . The show premiered in December 2009 and became a runaway hit.

While Ortiz-Magro, along with the other stars of the show, undoubtedly became stereotypes in popular culture, people deny how popular the TB show was. Jersey Shore ran for six seasons, finally wrapping up in 2012.

Ortiz-Magro remained a fixture on television, and since the show ended, he has appeared on other reality shows like Famously Single and Celebrity Fear Factor . Ultimately, Ortiz-Magro reunited with his Jersey Shore castmates in 2018 when they all came back together in order to film Jersey Shore: Family Vacation a follow-up to the original series.

In spite of Ortiz-Magro's success, he has had anything but a smooth ride to the top.

For years, Ortiz-Magro dated another member of the Jersey Shore cast, Sammi “Sweetheart” Giancola. They started dating in 2009, the same year that the show premiered, and stayed together until 2014. Several years after his relationship with Giancola wrapped up, he started dating Jen Harley. The couple reportedly had only dated for a couple of months before finding out that they were pregnant.

Although the star seemed over the moon announcing that he was going to be a father, things would not remain peaceful between the pair for very long.

In April 2018, the couple welcomed a daughter whom they named Ariana Sky. However, just weeks after their daughter was born, Ortiz-Magro and Harley split up, among rumors that Ortiz-Magro had cheated on Harley when she was still pregnant.

They started to fight on social media, going back and forth via Instagram for everyone to see. The fighting reached new heights when they apparently got into a physical altercation via an Instagram live stream.

Although they would reunite and break up several more times over the months that followed, these days, there seems to be no chance of a peaceful reunion for Ortiz-Magro and Harley.

What is Ronnie Ortiz-Magro doing these days?

In January 2019, Ortiz-Magro decided to deal with his demons head-on and entered rehab for both depression and alcohol abuse. Upon completing his stint in rehab, Ortiz-Magro recommitted himself to co-parenting his daughter and trying to live a healthy lifestyle.

In early October 2019, the reality star was arrested after a physical altercation with Harley. He faces multiple charges, including domestic violence, child endangerment, and resisting arrest.

Ortiz-Magro faces up to one year in jail for each of his five charges. While no one is yet sure exactly how things will play out for Ortiz-Magro in court, it's not looking good for the troubled star.

Weekend Astrology: Love Horoscopes + Tarot Card Readings for All Zodiac Signs from Friday 29 May – Sunday 31 May 2020