Iran news: As US B-52 bombers reach region, Iranian Revolutionary Guard commander says today US "will not dare" attack 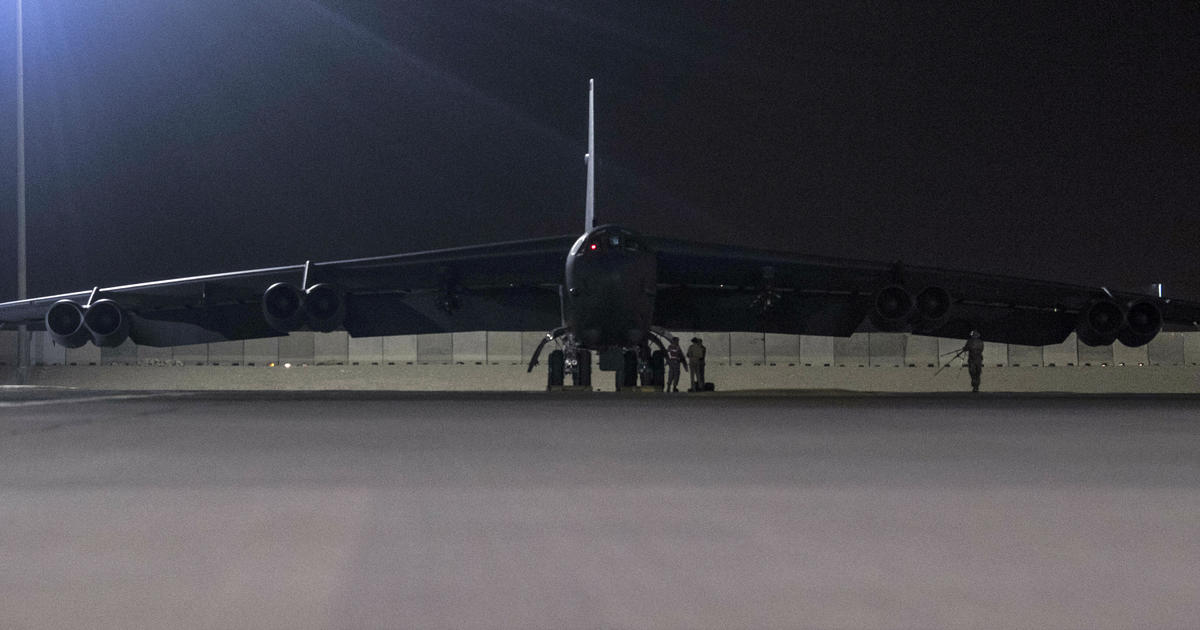 The face-off between Iran and the United States went to escalate on Friday as the Islamic Republic's elite Revolutionary Guards goaded the trump administration with a landing, just a day after American B-52 bombers landed in the region. CBS News senior national defense correspondent David Martin said Thursday that all four B-52 Stratofortress bombers ordered to the Persian Gulf at the White House had arrived at the All Outside Air Base in Doha, Qatar. White House deployed the bombers to the Gulf, along with the USS Abraham Lincoln aircraft carrier and its associated vessels, over the weekend. While the Lincoln was deployed to replace a different U.S. carrier was rotated out of the Gulf last month, there are few more irrefutable and visible demonstrations of U.S. Iran Nuclear ”

Iran has dismissed the bombers' presence and the looming arrival of the Lincoln as "psychological warfare" by Washington.

President Trump's national security adviser John Bolton has said the Tehran was preparing to carry out a possible attack on US forces or allies in the Middle East.

Iran claims it is Washington, the threats, and on Friday the Revolutionary Guards' deputy chief for political affairs said his country had ruled out any negotiations with the US Taking the Trump administration at its word.

"No talks will be held with the Americans and the Americans will not take military action against us, "The Guards" Yadollah Javani said, according to Iran's state-controlled Tasnim news agency. He said Iran "sees America as unreliable." administration wanted to send a "clear and unmistakable" message that "unrelenting force" would meet any attack on US interests or allies.

"The United States is not seeking the Iranian regime, but we are fully prepared to respond to any attack, whether by proxy, the Islamic Revolutionary Guard Corps, or regular Iranian forces," he said.

Martin said US officials started noticing more "heated rhetoric" from Tehran in April, when the U.S. Declared the Revolutionary Guards a terrorist organization but escalated after the Trump administration said it intended to bring Iranian oil exports to zero by ending waivers that allowed a few countries to keep buying their petroleum products.

Official customs Martin that U.S. intelligence began picking up "chatter" about Iranian-backed Shiite Muslim militias in Iraq attacking Americans in the country, where there are still about 5,200 U.S. troops deployed

Speaking to CBS News chief Washington correspondent Major Garratt for "The Takeout" podcast this week, White House chief of staff Mick Mulvaney noted the presence of U.S. troops and allies in the region and made it clear they would be defended, but he added unequivocally: " We are not going to war with Iran ."

How we got here

The antagonism between Iran and the U.S. has been ratcheting up steadily since President Trump took office. Even before he became president, Mr. Trump vowed to pull out of the nuclear deal struck between his predecessor, President Barack Obama, Iran and other world powers.

Mr. Trump has always argued that the agreement, which saw Iran freeze its nuclear program in exchange for the lifting of international financial sanctions, was too generous to Tehran. The White House pulled the U.S. out of the agreement in May 2018, much to the consternation of not just Iran, but all of the other parties to the deal; China, France, Germany, Russia, the United Kingdom and the European Union.

Since then the White House has reinstated the U.S. Sanctions were lifted under the agreement, known as the Joint Comprehensive Plan of Action (JCPOA), and lived new, even harsher punishments against Iran.

Pointing at Iran's backing of militant groups in Syria and Iraq, and what the White House has said is continuing efforts to advance its ballistic missile program, the U.S. announced last week to try and completely stop Iran earning any money from its energy exports by ending the waiver program noted above.