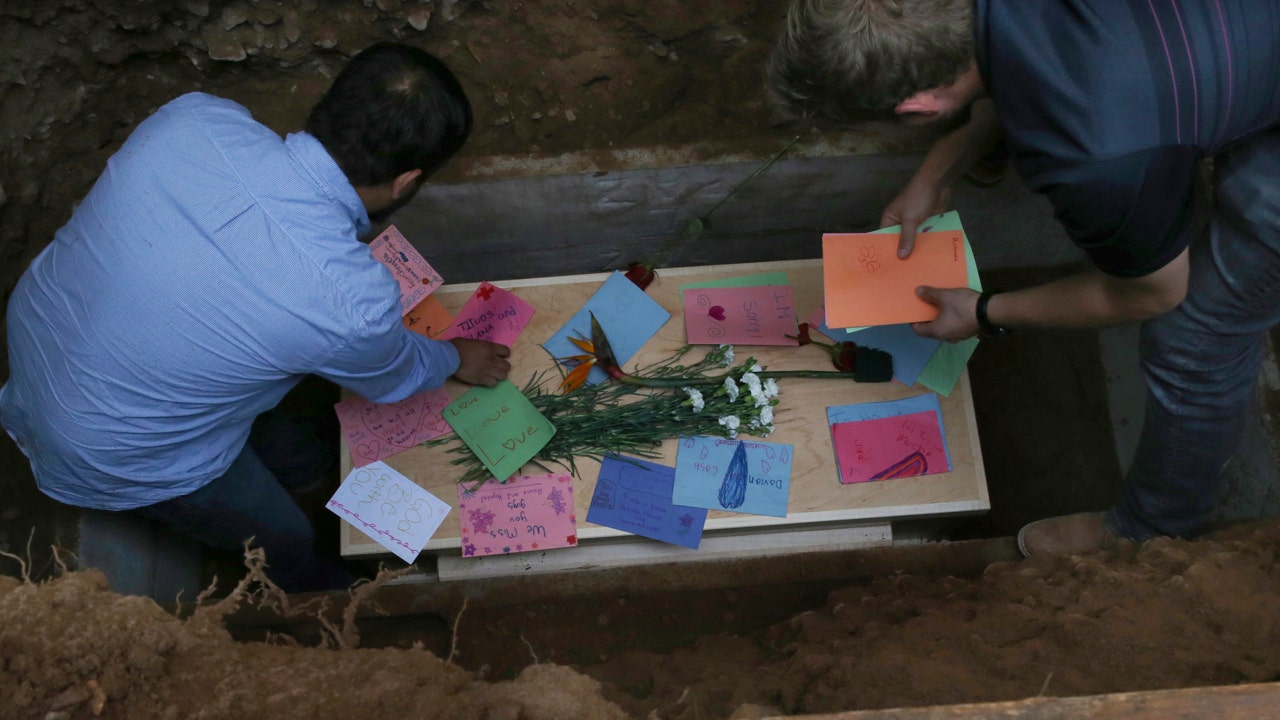 The 8-month-old twins who were killed along with seven other Americans after drug cartel dealers hung against their convoy in northern Mexico were added Friday.

Titus and Tiana Miller died Monday when the Juarez cartel opened fire on the family's SUV and two other vehicles in an adaptation intended for a competing cartel. The SUV burst into flames.

The twins shared a coffin with his mother, Rhonita "Nita" Miller, who also died in the attack. Twelve-year-old Howard Jr. and 10-year-old Kristal was buried in his own coffins on either side of his mother and the twins.

Men arrange personal notes on the casket containing the remains of 12-year-old Howard Jacob Miller Jr., at the cemetery in Colonia Le Baron, Mexico, Friday, November 8, 2019, during a funeral service for Rhonita Miller and four of her young children, who were murdered by drug cartel gunmen. (AP Photo / Marco Ugarte)

Kenny Miller, speaking at his mother-in-law's funeral, described her as "an angel" and his grandson as "little angels."

"I would like this to be used for people who have no voice," Miller said, hoping that the tragedy will highlight record levels of murder in Mexico and encourage action. "I think Nita would approve wholeheartedly."

The bodies of Miller and four of her children were taken in a convoy of pickup trucks and SUVs, on the same dirty and mountainous road where they were killed Monday for community burial in Colonia Le Baron in the state of Chihuahua. (AP Photo / Marco Ugarte)

The final victim, Christina Langford Johnson, was to be buried Saturday morning.

Members of the farming community say Johnson jumped out of his vehicle and waved his hands to show that she was not a threat to the attackers and shot twice in the heart. Her 7-month-old daughter, Faith Marie Johnson, was found unharmed in her car seat.

Fox News & Melissa Leon and the Associated Press contributed to this report.