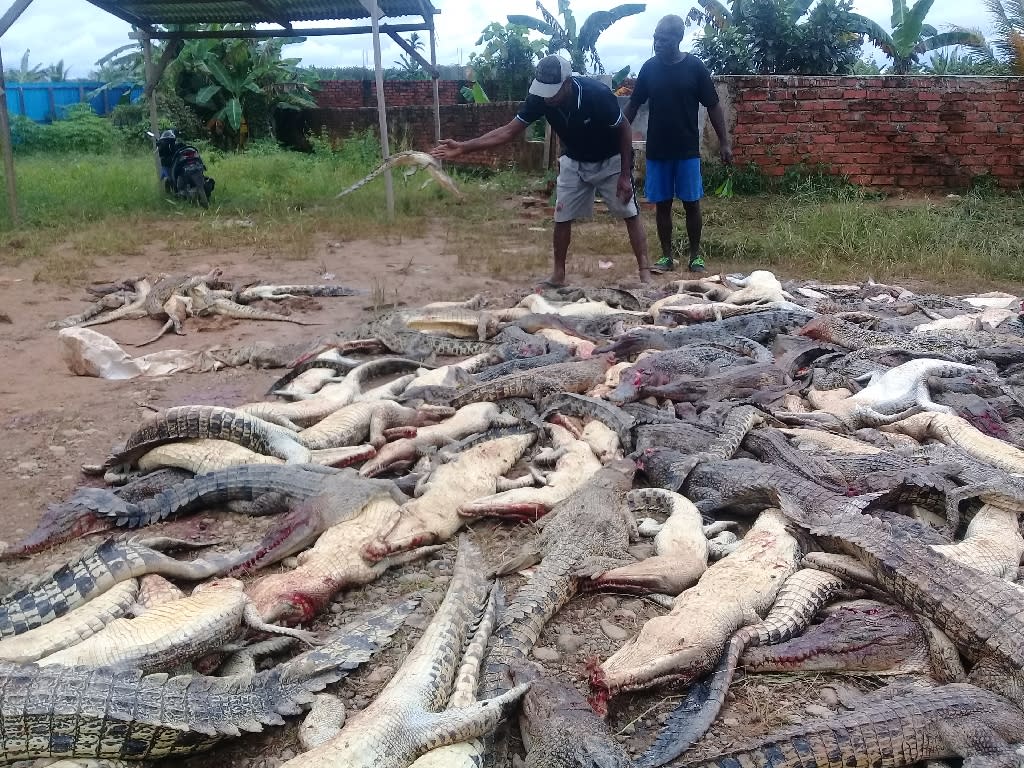 Sorong (Indonesia) (AFP) – A club and machete helper in Indonesia killed almost 300 crocodiles in a vengeance event after a local man was killed by one of the reptiles, the authorities said on Monday.

Pictures from the scene showed dozens of dead crocodiles lying on top of each other and covering blood after the attack on a farm in Papua province.

The incident happened Saturday after the funeral of the 48-year-old man who was killed after he got into a fenced-in when he was looking for grass to feed his cattle, police and conservation officers said.

"One of the crocodiles employees … heard someone screaming for help and ran to the scene where they saw that a person was mauled by a crocodile," said Basar Manullang, head of Indonesia's conservation area in western Papua.

The human family and "hundreds" of other locals crossed the farm near a residential area marching to the police station where he was told that the farmer would pay compensation, he added.

But the mob was not happy and went to the crocodile armed with clubs, knives, machetes and shovels as they used to kill around 292 crocs, ranging from palm size babies to two feet adults, said the authorities.

Persecuted police and conservation officers said they could not stop the grievous attack.

Criminal charges can be added, they said.

The bloody event highlighted the dangers of insulting a breeding farm and worried about its safety.

"They must ensure that the farm has a good barrier and they must strengthen the security with CCTV and security signs to warn people" of the dangers, "said Dwi Nugroho Adhiasto, Program Manager at the World Conservation Society Indonesia Office.

The southeastern archipelago is home to a large number of wildlife, including several crocodiles that regularly attack and kill people.

In March, the authorities in Borneo shot a six-meter crocodile after eating a local palm plantation worker.

Two years ago, a Russian tourist was killed by a crocodile in the Raja Ampatians, a popular dive site in Indonesia's east.

Nearly one-third of COVID-19 samples show mutation, but no worse disease – WHO