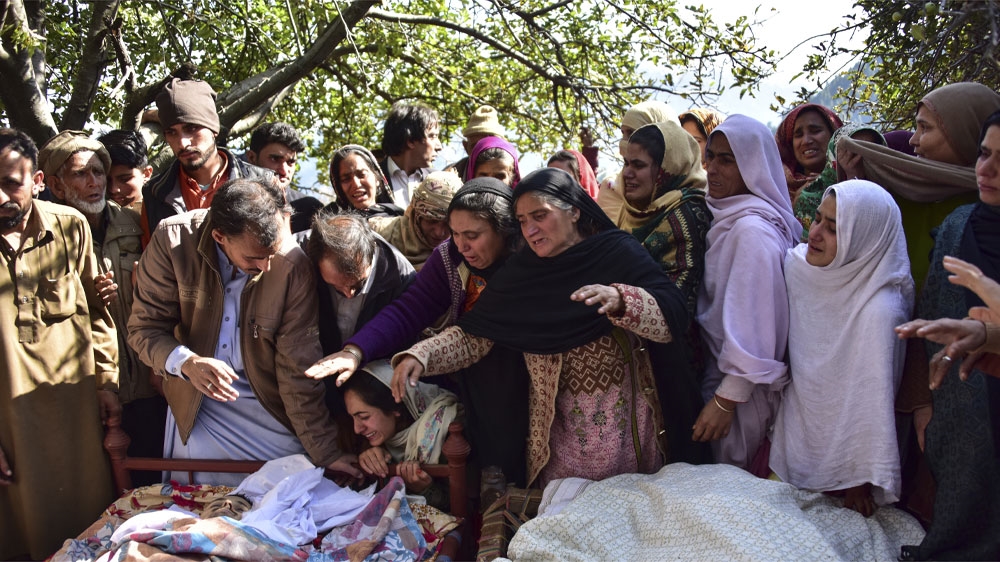 India and Pakistan blamed each other for cross-border shootings in the disputed Kashmir region which killed and injured soldiers and civilians on both sides, making it one of the deadliest days since New Delhi revoked Kashmir's special status in August.

Officials from the two countries accused each other's militants of pushing the de facto border, so-called Line of Control (LoC), as the death toll in the latest round of incidents rose to at least 10, according to a news agency AFP

India said there was heavy shelling from Pakistan across the border in northern Kashmir's Tangdhar region late Saturday night, killing two Indian soldiers and one civilian.

But Islamabad accused the Indian army of targeting civilians, with the Foreign Ministry, saying that six were killed, while several others ̵

1; including women and children – were seriously injured in areas near the LoC.

The Pakistani military added that a soldier also died taking the tolls of Pakistan-administered Kashmir to seven.

The Pakistan Army also claimed that India's attacks in the Jura, Shahkot and Nowshera sectors were "unprovoked" and deliberately targeting civilians.

Islamabad has called the Indian envoy in protest over the shooting and murder and offered to have diplomats from the five permanent members of the UN Security Council, including the US and Russia visit the border and see that there are no rebel camps there.

Both sides accused each other of violating a 2003 weapons weapons agreement.

Sunday clashes came days after the Pakistan Foreign Ministry protested against similar incidents from the whole heavily militarized militia who killed three civilians and wounded another eight on October 15.

Deadly border collisions have spiked in recent weeks that have seen Indian and Pakistani forces target border posts as well as villages, which has led to casualties among soldiers and civilians on both sides.

Tensions between neighbors have been high since India revoked Kashmir's autonomy on August 5, imposing restrictions on movement and communication to stop the unrest.

Islamabad has warned that changing Kashmir's status would increase tensions, but India said the withdrawal of the special status is an internal concern and aims at faster economic development of the territory.

Pakistan and India control both parts of Kashmir, but each of them claims the entire region since the countries gained independence from Britain in 1947.

India and Pakistan have fought two of their three wars over the region.