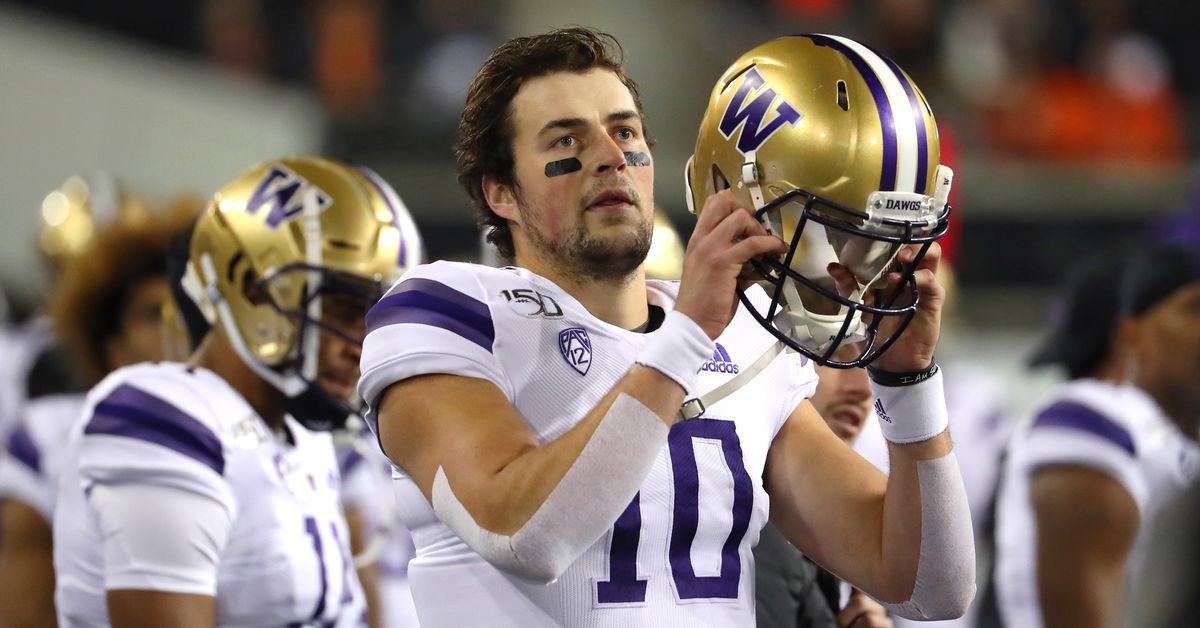 A rousing Washington defense kept Oregon State offensive from the point guard while a huge night by Husky star Salvon Ahmed helped propel the Huskies to a 19-7 road victory over Oregon State on Friday night.

The game started out on an ominous note not because of anything on the field but because when I started FS1 at start time I was met with horror at the site of yet another NASCAR Truck race. With visions of an entire first quarter of UW 2017 at the Stanford game offered in the name of NASCAR, some inappropriate curses formed on my lips. Fortunately, Stewart Friesen and his lovely mustache went on to Championship 4 at Homestead-Miami without any crash-related delays eating into the planned kickoff season.

When the game hit the air, the first name vibe was positive for Dawg fans. Attractions by both red-haired rookie RB Richard Newton and the now-redshirt "sophomore" WR Ty Jones who watch out were met with enthusiasm by fans everywhere. Huskies, the loser of two straight home games and sitting at a disappointing 2-4 conference record, needed some good news and the return of two important contributors really gave it.

It was the last of the positive vibes that Huskies fans would feel for a while. While the Huskies defense came on strong in the first half, it was hard to ignore a offense so sluggish that it brought back memories of Arizona State 201

Fortunately, the Dawgs defense was up to the task. The very vicious unit set up its own dominant performance against what has been a strong Oregon State offensive line and a high scoring unit. Joe Tryon and Levi Onwuzurike created an uninterrupted havoc that helped the Huskies knock the first half out and led to a 10-0 UW advantage that went into the break.

The second half got another ugly offensive start. The Beavers attempted a poorly-kicked kick that gave UW the ball on their 45 yard line. But 11 appearances later, UW managed just one field goal to extend the lead to 13-0.

UW QB Jacob Eason continued to fight even as his defense continued to give him the ball back. An unlucky pick six halfway through the third quarter brought back memories of last week's game against Utah and put the Beavers back in the game.

Ahmed's 60-yard outburst (and a failed 2-point conversion) raised the Huskies 19-7. It also provided all the cushion that UW's D would need to finish the victory. That Husky D would only hand over 8 total annoyances to OSU in the second half to preserve the final result.

With the not so beautiful victory, UW goes to 3-4 in conference play. Husky fans will lament the fact that the Dawgs have not yet put together a full game against a PAC 12 opponent. If it is not a fighting offense (Cal, Stanford, OSU), it is a porous defense (USC, Oregon, Utah). Nevertheless, Washington has now collected its sixth victory and is eligible for bowl.