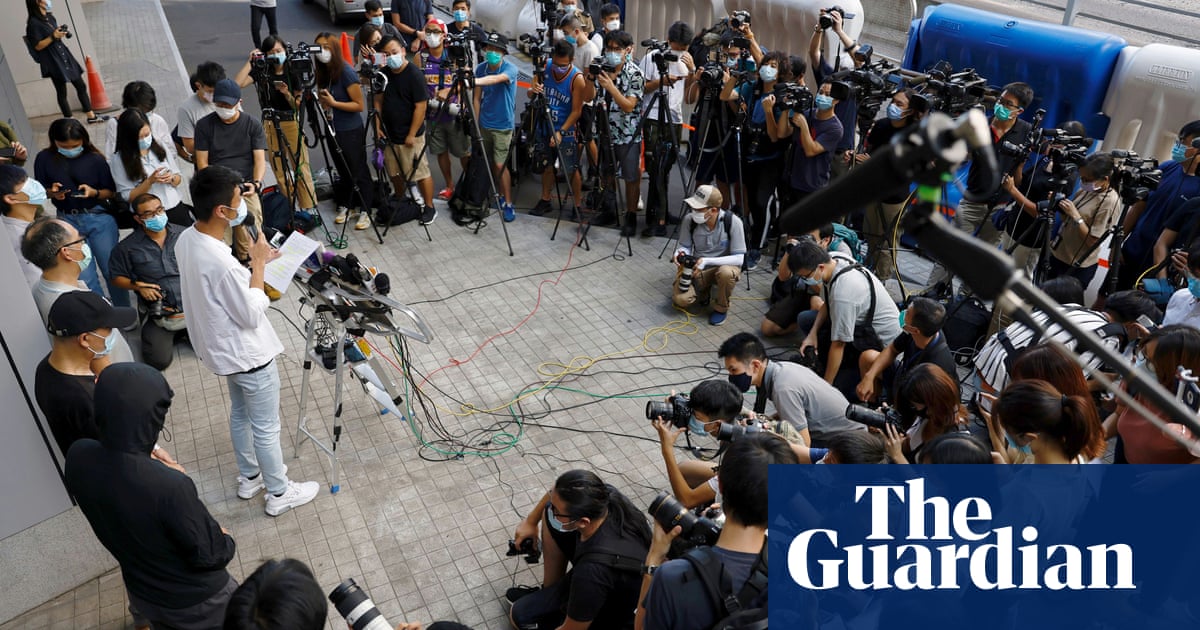 Hong Kong authorities have moved to further restrict the city’s free press by announcing to the police that they would no longer recognize certain types of media accreditation.

Critics accused the police force of violating the constitutionally anchored free press by trying to create a government licensing system and reduce independent oversight of their activities.

According to the announcement, the police force will recognize journalists from “internationally recognized and well-known”

; foreign stores or from media organizations registered in the state information system.

The new policy would restrict those not recognized from attending press conferences and would likely see less protection or assistance for individual journalists during protests and police-run operations.

The government … takes the power to decide who can monitor them

HKJA, HKPPA and five media unions demanded that the new policy be withdrawn, “or we will respond by taking all possible and necessary measures”.

“The change allows the authorities to determine who the reporters are, which fundamentally changes the existing system in Hong Kong,” they said. “It will not differ from an official accreditation system, which will seriously impede freedom of the press in Hong Kong and lead the city towards authoritarian rule.”

Freedom of the press has deteriorated sharply in Hong Kong over the past 18 months, especially since the introduction of national security legislation almost three months ago and subsequent police interest rates in the newsrooms. The semi-autonomous region has lost 10 places in the Press Freedom Index since 2018.

In a letter sent to the Hong Kong Foreign Correspondents Club on Tuesday, a police chief, Kwok Ka-chuen, said the protests “often lure hundreds of journalists to a single hot spot”. He also reiterated allegations that “self-proclaimed reporters” had taken part in protests, claiming that they had obstructed or attacked the police. “This has burdened the police’s law enforcement operations,” the letter said, but added that further training would be provided to officials to help the media.

Kwok also claimed that the new guidelines were based on discussions with media groups, a claim that media associations rejected.

A letter from the media groups states that the existing guidelines were a product of detailed discussions between the police and the media, and that the police had broken the relationship by announcing a “significant change” without consultation. The letter claimed that Police Chief Chris Tsang had repeatedly refused HKJA’s request for meetings.

Mak Yin Ting, a veteran journalist and former chairman of HKJA, told the Guardian that the new rules were another step in tightening media controls. “It is absurd because the government, which should be monitored, takes power to decide who can be the supervisor over them.”

Mak suggested that there were two main goals: “One, to take control of defining who is media from professional groups in a government department … The other purpose is to stop the many online media and journalists from university and journalism schools from publishing articles . “

Some of the most watched footage of protests during protests, including the shooting of a protester last year and the handling of a 12-year-old girl by officers just last month, were filmed by university media. As for the girl, the police did not release a statement until after the film had caused great outrage.

Mak also expressed concern that the police on the ground could determine which international media were sufficiently known to be accepted, and said officers routinely had low media awareness, even local titles. She rejected the claim that a large number of journalists at events justified such rules.

“This should not be a police affair. The police business is to think about whether the people there really hinder your work. If so, the police already have the legal tools. They should not care if there are more journalists than protesters. ”

On Wednesday, a coalition of seven journalistic schools in Hong Kong expressed its “most serious reservations about the proposal” and called on the Hong Kong government to withdraw it.

“We are very concerned that the practical implementation of this proposal is that it would deprive the people of Hong Kong of a fundamental right,” the letter said. “The police have every right to take action against anyone who engages in illegal activities, but this proposed policy actually restricts the freedom of reporting.”

Earlier, Kwok defended the rules, saying the criticism was based on a misunderstanding. But he confirmed that freelancers and student journalists would be excluded from police press conferences and non-public events.