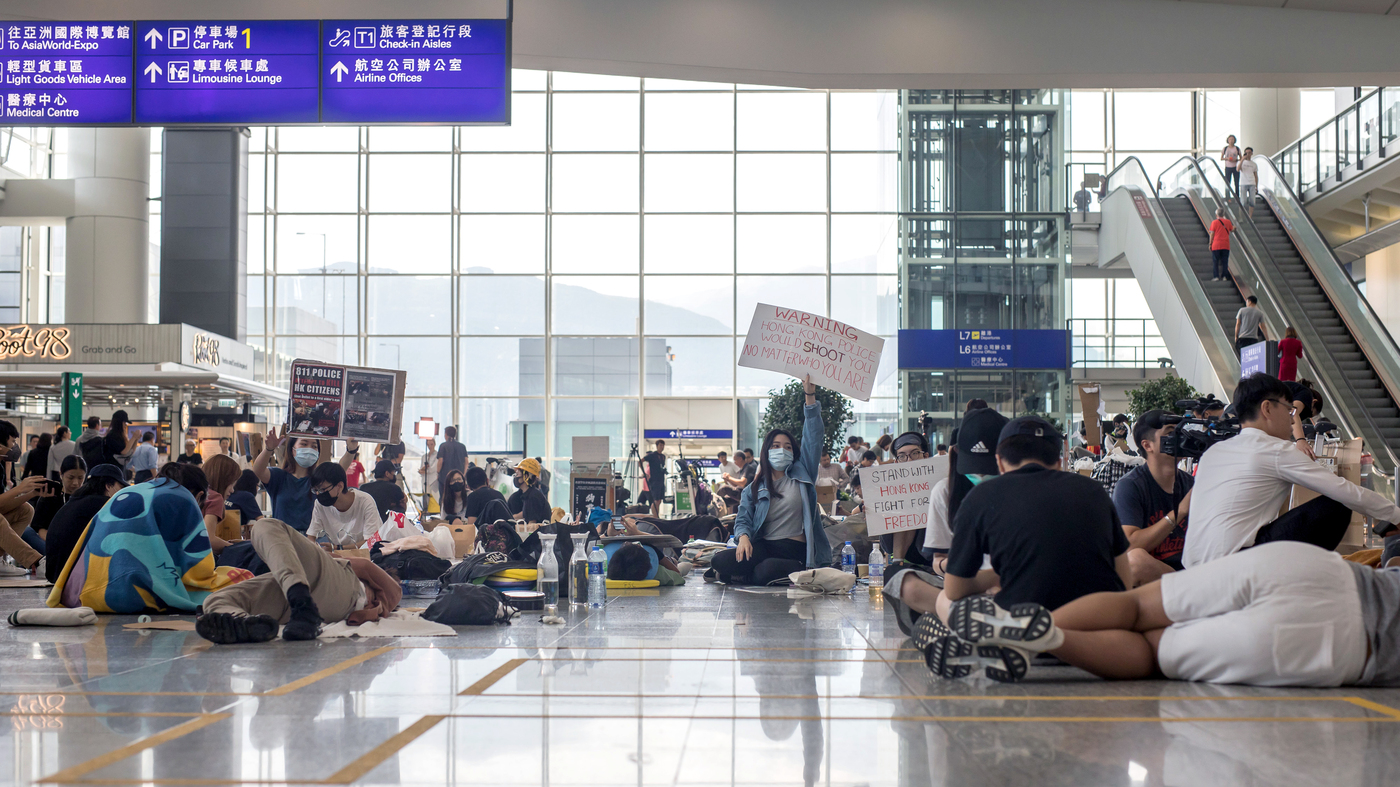 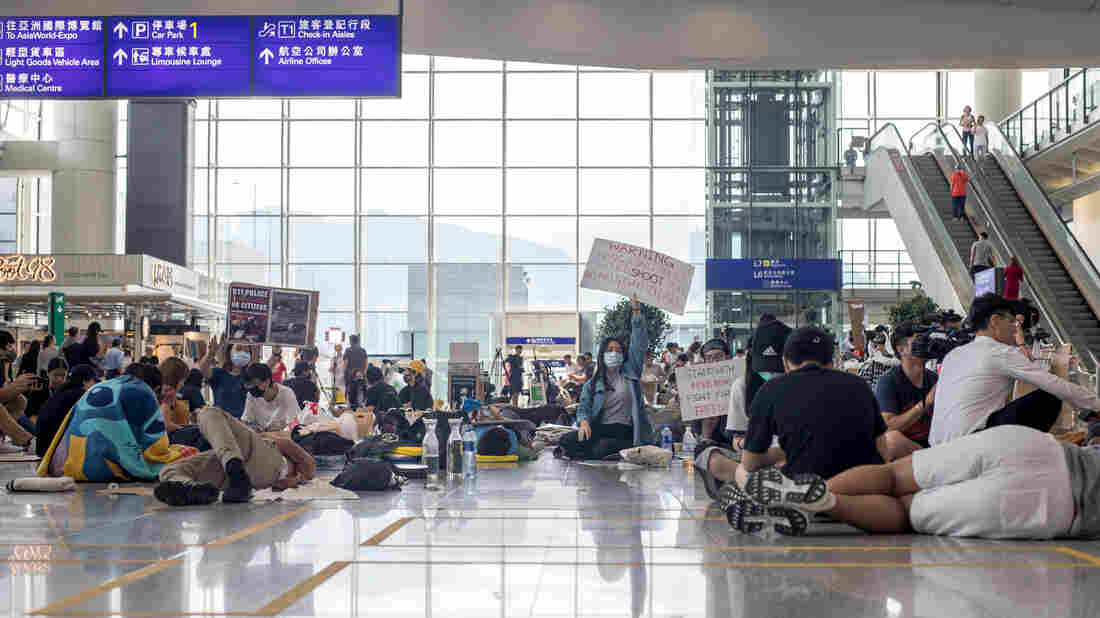 Protesters are seated and located at the Arrivals Hall at Hong Kong International Airport in Hong Kong on Wednesday.

Protesters are seated and lying on the arrival floor at Hong Kong International Airport in Hong Kong on Wednesday.

Operations at Hong Kong International Airport appeared to return to normal on Wednesday after the insurgency police used batons and pepper spray to break up days of protests there that had moved to a standstill.

A dozen protesters for democracy remained in the airport's arrival area following police action late Tuesday and a court decision restricting protests to two designated areas of the departure hall, according to The South China Post.

The airport said it had "a temporary ban on preventing persons from illegally and intentionally obstructing or interfering" with operations.

There were several dozen flight cancellations on Wednesday after the airport – one of the world's busiest – had to turn off on Monday and Tuesday, when protesters poured into the terminal building, blocking check-in and immigration screening.

The airport pickup that began on Friday follows ten weeks of protests through the city triggered by a proposed law to send some accused of crimes in Hong Kong to China to face justice. The Hong Kong government has supported the lending proposal, but activists want it completely withdrawn.

Since then, protesters have added old and new complaints, including the resignation and replacement of Hong Kong's China-appointed chief executive, Carrie Lam, by a freely elected leader and the police being held accountable for what the protesters say has been their heavily acted way to deal with protesters.

On Tuesday, Lam said the protesters had caused "panic and chaos" in the city. Within hours, all outbound flights at the airport were interrupted and police dressed with riot gear moved in to the terminal, with pepper spray to disperse protesters who used luggage trucks as makeshift barricades. Some of the activists received handcuffs and were led away by officers.

Hong Kong police condemned what they said were acts of violence by protesters, which they said "harassed and attacked a visitor and a journalist."

One of them was a reporter for China's paper Global Times and according to Reuters protesters believed the other was a Chinese agent who was sent to infiltrate the protests. A police spokesman acknowledged that the authorities had disguised themselves as protesters as part of a "lure operation."

GT reporter Fu Guohao was rescued by police and sent to the hospital. We are still learning about his injuries. Thanks for everyone's concern. I would like to take this opportunity to condemn all acts of violence against journalists. All reporters in HK, be careful. https://t.co/07aF0c69m7ebrit19459014??— Hu Xijin 胡锡 进 (@HuXijin_GT) August 13, 2019

Five people were arrested by the police.

Meanwhile in Beijing, China's Hong Kong and Macau Affairs The Office condemned what it called "near-terrorist acts" by demonstrators at the airport.

In Washington, President Trump weighed in on protests Tuesday, tweeting: "Our intelligence has informed us that the Chinese government is moving troops to the Hong Kong border. Everyone should be calm and safe!

Trump, who previously adopted Hong The Kong Government line for the demonstrations, calling them "riots", described the events in Hong Kong as "very tough" and expressed the hope that everyone could work "for freedom" without anyone being injured or killed.