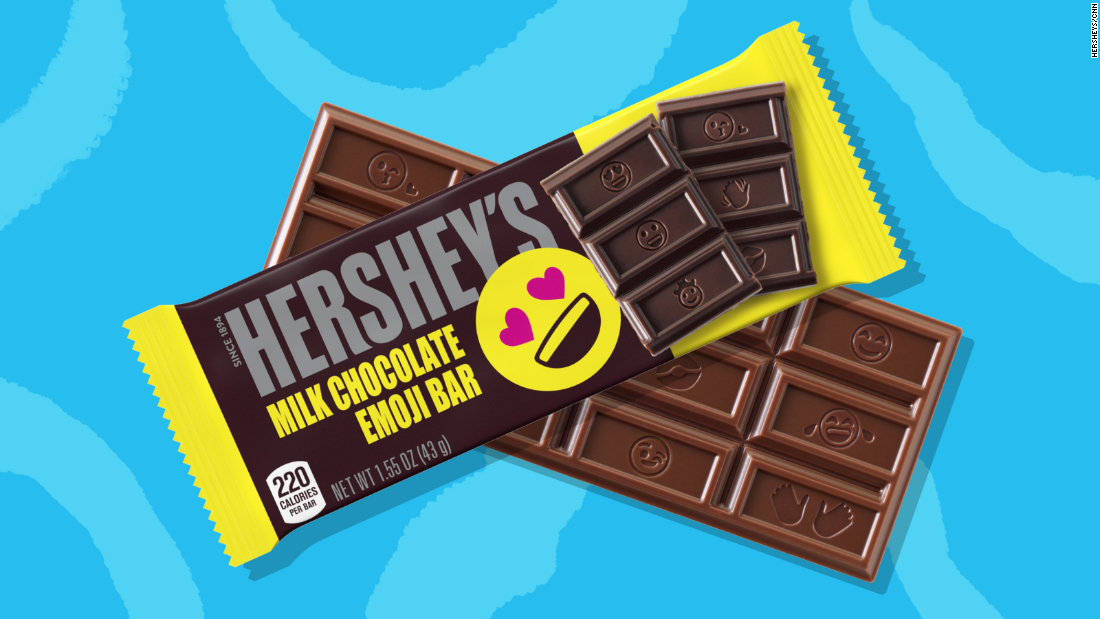 The brand replaces its recognizable logo and etches 25 popular emoji in the rectangles that make up its milk chocolate bar. Hersheys is including a smiling face, fist pound, ghosts emoji and others.

The emoji-filled red design marks the first time Hersheys has changed its milk chocolate bar design since it first went on sale in 1900.

But, sad face, it's not a permanent change. The new bars are sold for a limited time from the summer. The company said it will only make about 25 million standard and snack size emoji bars.

"By Adding an emoji design to every spout of chocolate, we hope that parents and children are inspired to share a chocolate memo and connect with someone new," says Kriston Ohm, head of Hersheys ( HSY ) in a press release.

Each of the emoji's was chosen to "mean meanings that would help kick a conversation," the company said.

They will be sold in the standard size and snack and come in six different packages.

Hershey has made very few additions to his name matching before.

In 2017, it began selling Hershey's gold, a caramelized cream bar with pretzels and peanuts baked inside. It was the first Hersheys bar that didn't include chocolate.