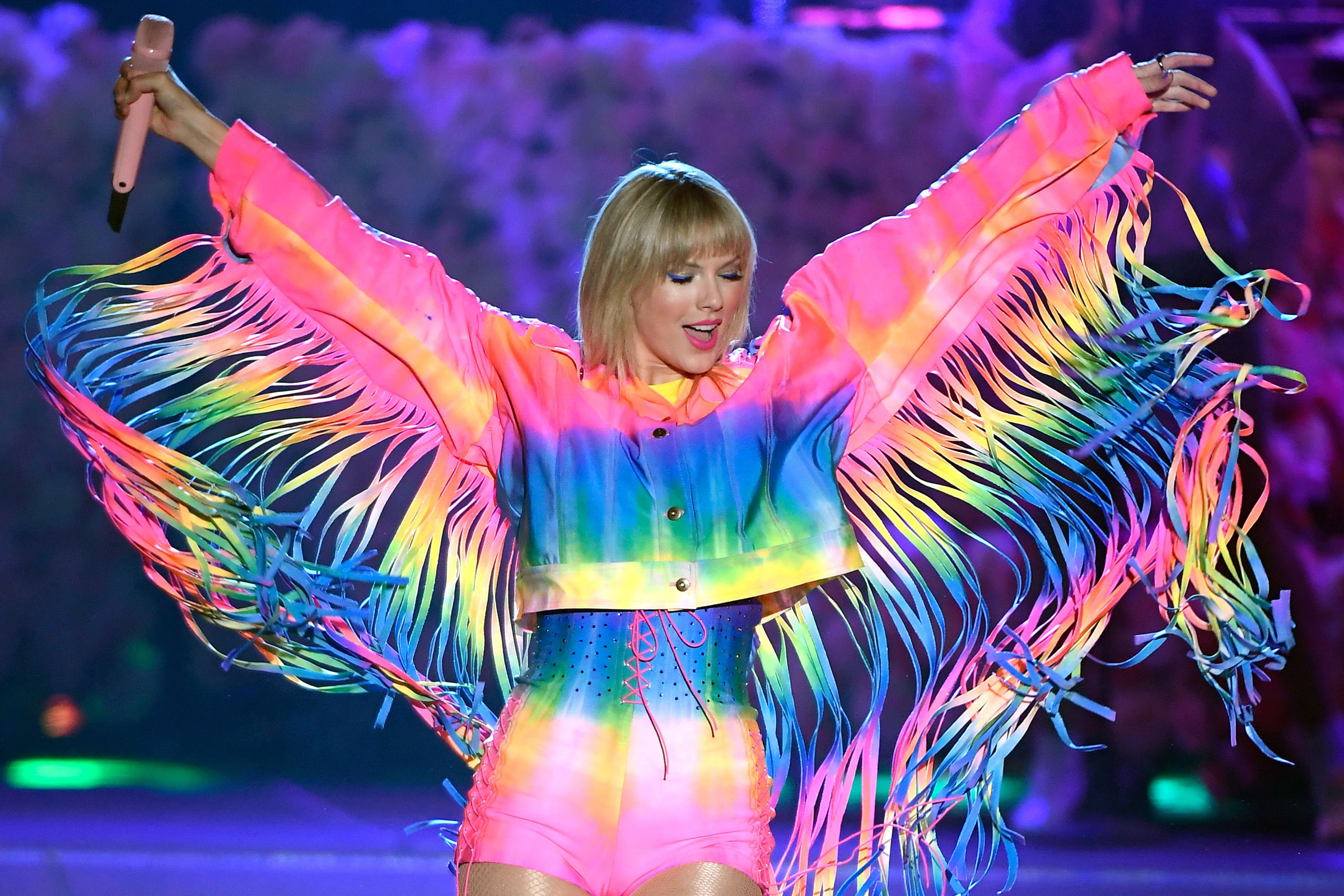 Taylor Swift has followed up "Me!" With "You Need to Calm Down," the second single from her forthcoming seventh album. Earlier on Thursday, Swift revealed that Lover will be released on August 23rd.

The song's titular phrase was first previewed in the music video for "Me!" When Brendon Urie utters it in French during the opening scene. On her new single, Swift once again tackles the haters and all the dirty, dirty cheats of the world, pondering why they invest so much time in negativity. As the track progresses, she shows her support for GLAAD (as confirmed in the lyric video) and the LGBTQ community.

“You just need to take several seats and then try to restore the peace / The people you hate / 'Cause never made anybody less gay,' she declares.

On the song 's bridge, she is a powerful woman, always pitted against one another and shows her support for other strong female stars. "We know you now / We all know the girls who are killing it" But we figured out / We all know now we all got crowns. "

Swift's huge dedication or" You need to Calm down " to the gay rights movement comes on the heels of a recent statement she made in support of Tennessee's Equality Act. She penned an open letter to Republican Senator Lamar Alexander, urging him to support the bill, which will provide protection against discrimination in various public accommodations.

Swift took to Instagram details on Lover . In addition to announcing the August release date, there will be four different deluxe versions available for the physical release. Though she did not reveal the official track list, the album will include 1

8 songs along with voice memos from her songwriting and recording sessions, just like on deluxe editions of 1989 . She also previewed a collaboration with designer Stella McCartney, though details have yet to be revealed.