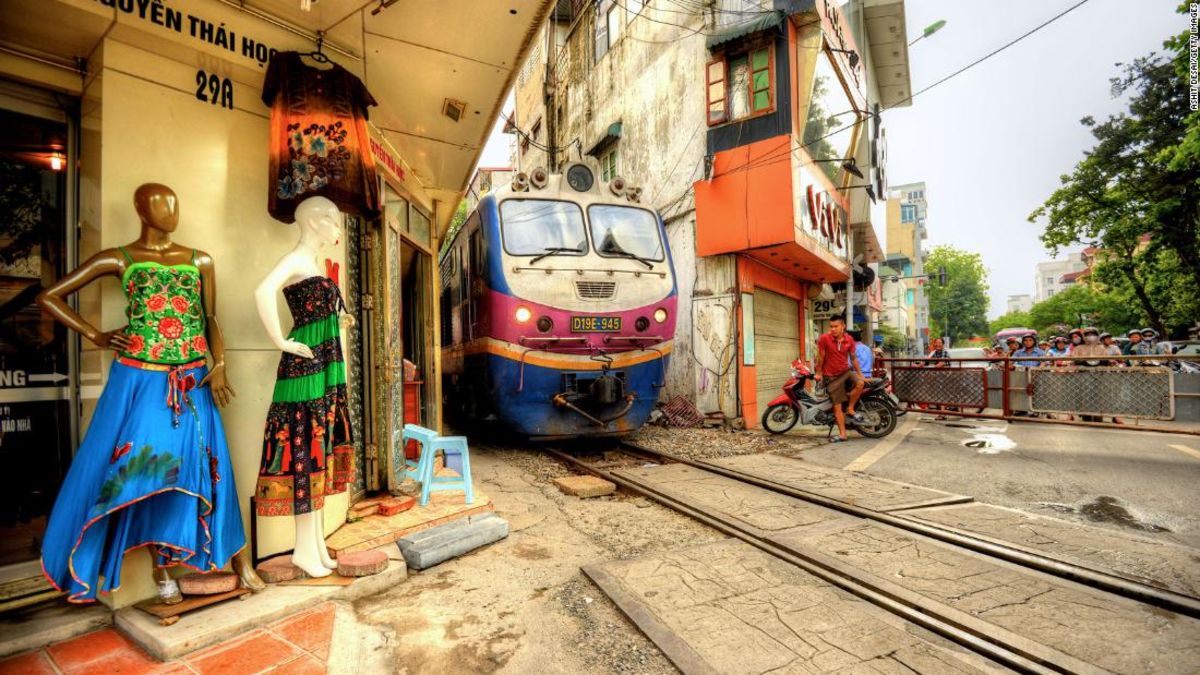 (CNN) – Authorities are clamping down on the cafes that line one of Hanoi's most famous roads, citing overtourism and safety concerns.

On an Old Quarter thoroughfare, known as "train street," locomotives rumble down an active track just inches away from homes and other buildings.

The juxtaposition of train tracks and residential housing has made it hugely popular with travelers.

But the municipal government of Hanoi, led by the local transit authority, has ordered that cafes alongside the heavily Instagrammed train tracks ̵

1; which sprang up to cater to the tourism boom – close by October 12.
Authorities cite danger to human life as the primary motivator for the shutdown. The boiling point apparently came on Sunday, October 6, when a train traveling through Hanoi was forced to re-route because there were too many tourists on the tracks, which were built in 1902 by the French.

"Though the railway cafes attract tourists, they are, in fact, violating some regulations, "Ha Van Sieu, vice chairman of the Vietnam National Administration of Tourism, told reporters at a press briefing.

He did not mention specific regulations, but noted that the street has been an issue for some time.

Is this the prettiest street in Hanoi?

In 2018, Vietnam-based writer Dave Fox told CNN Travel that "Overtourism is a new buzzword for something that has been going on for a long time."

A longtime Hanoi resident, he watched as "train street" transformed from a cool novelty into a safety concern.

"Travelers need to be mindful of optics," he added.

When it comes to overtourism, some destinations face more of a challenge than others. While Hanoi's government can close down cafes, it's hard to totally shut down a public street inhabited by local residents.

Still, controlling crowds and curbing bad social media behavior is an ongoing problem in the travel industry, including other destinations in Asia.

In Indonesia, moves have been made to greatly restrict traveler access to Komodo Island, home to the famous Komodo dragon. Initially, the country had considered shutting the island to tourists completely, but settled on a plan with limited access to visitors who could pay a high access fee.