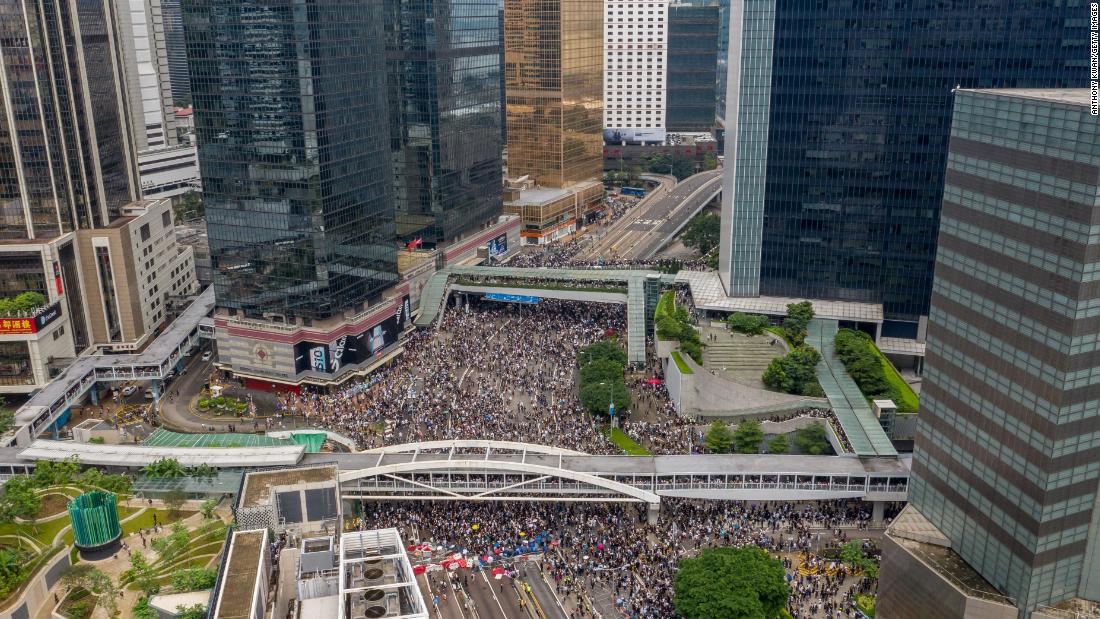 "We will see a hit in the markets because the negotiations in the bill are so important," says Richard Harris, CEO of Port Shelter Investment Management.

The bill, which would allow China to extradite people from Hong Kong, would be debated by legislators in a legislative council session on Wednesday.

But that meeting was postponed after protesters struck the streets around the legislature, which handed out the main water properties with many large banks and financial services.

Critics say the bill will allow someone in Hong Kong to be extradited by Chinese authorities for political or business offenses that undermine the city's legal system.

Hong Kong has long been home to foreign companies wanting easy access to China and other emerging markets in Asia.

The former British colony returned to China in 1997 when Beijing agreed to guarantee its semi-autonomous legal system over the next 50 years. Harris said that growing uncertainty over its legal status causes companies to reconsider their presence in the city.

"People loved Hong Kong because it was China, but it wasn't China. If Hong Kong will be more like China, obviously they will look elsewhere," including Singapore, he said.

Analysts also say that Hong Kong's market may have been calculated for a correction. The Hang Seng index is up 5.7% this year.

Francis Lun, chief financial officer GE Oriental Financial Group that the market reaction to the protests will resemble when the city was paralyzed by Democrat demonstrations in 2014.

Lun said investors were "rattled a bit, but the stock market didn't crash".

"The economy will continue humming along, and in terms of the political scene, China has control over everything. What can you do? Everyone will protest, but it will remain the same," Lun added.