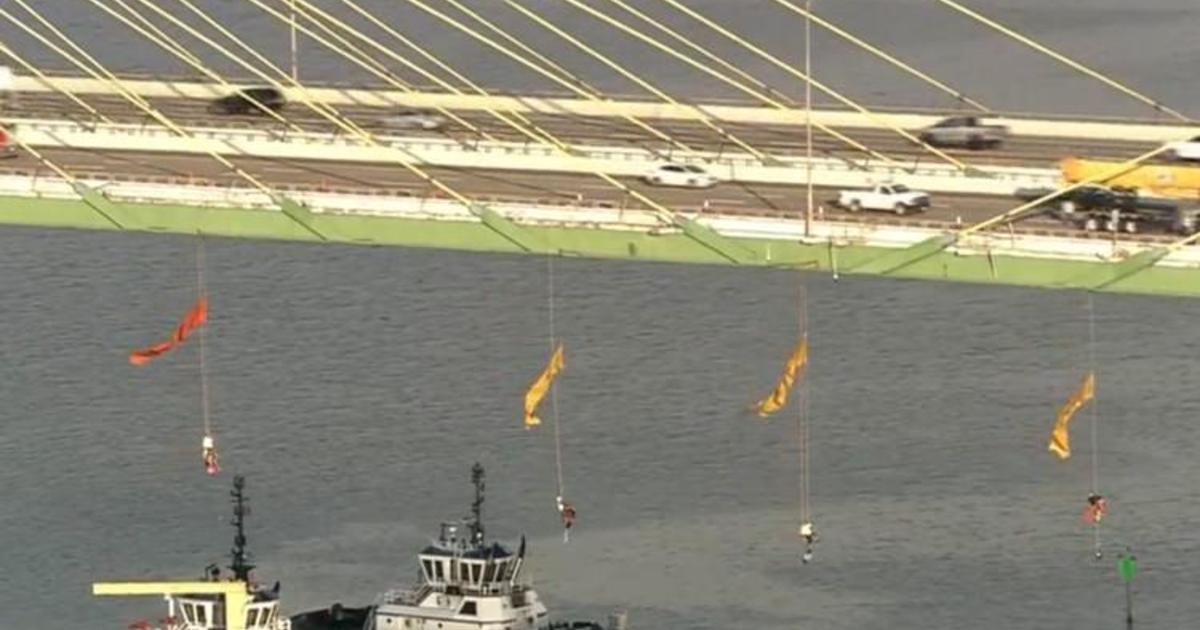 Greenpeace activists were hanging by bungee cables from the Fred Hartman Bridge in Houston in an effort to raise awareness of climate change by blocking the Houston Ship Channel. The protest, which comes hours after a Democratic presidential debate, led to part of the channel being closed, the Coast Guard said.

"We are in Houston shutting down the largest oil export channel in the country to resist Trump & the oil industry to drive this # ClimateCrisis. It's time to end the age of oil. #PeopleVsOil" Greenpeace USA posted on Twitter .

According to CBS News affiliated KHOU, 11 activists are closed below the bridge with flags. The KHOU reports that the sheriff's deputies confirmed that they would not try to force a rescue or remove the activists if they did not become a safety or health risk because they do not want to risk life.

Activists are expected to face several charges when they have concluded their protest, including obstructing the roadway and obstructing the waterway. Harris County Sheriff Ed Gonzalez tweeted that his office "is aware of a public demonstration in progress at Fred Hartman Bridge in East Harris County."

A Greenpeace spokesman told KHOU that the activists "have food and water, plus proper training "to hang suspended for an extended period of time. Greenpeace's official Twitter account has tweeted support for the protesters, and urged others to "join the action with us!"