Breaking News
Home / World / “The disaster in Beirut is biblical,” K. Frangogianni told MEGA after his visit to Lebanon

“The disaster in Beirut is biblical,” K. Frangogianni told MEGA after his visit to Lebanon 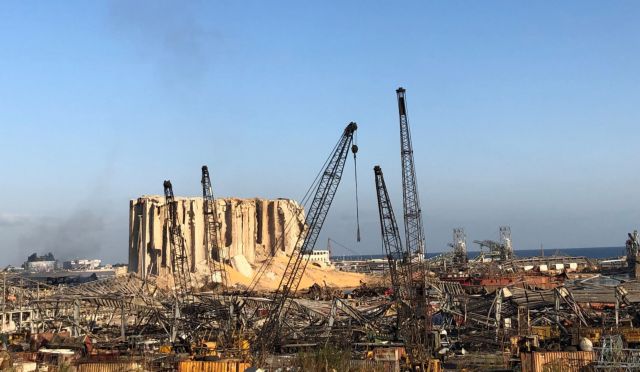 After the deadly explosions that saw death and pain, Lebanon is experiencing complete disintegration, while there is concern for the Greeks living in Beirut.

Speaking on the show “Society Hour MEGA”, the Deputy Foreign Minister for Economic Diplomacy, Costas Frangogiannis, noted that the picture is catastrophic. “This is a biblical disaster, there are skeletons of buildings around the port of Beirut and everything is damaged.”

According to Frangogiannis, “the Greek diplomatic authorities have come into contact with the small Greek community that is there and the Greeks who live in Beirut.” Unfortunately, we mourn one victim and there are five injured, two of whom are serious. “

As for whether he had talks with the families of the Greek injured being tested, he noted that he unfortunately did not have this opportunity during the short time he stayed in Lebanon before returning to Greece again with the C-130, but met with the Deputy Prime Minister. and the Ministers of National Defense and Foreign Affairs to whom he expressed support from Greece in the country under test.

According to Frangogiannis, there are two immediate problems in Beirut – the first is housing and the second is hospital care, as four hospitals have been destroyed.