Breaking News
Home / Greece / The bad weather “Thalia” has come: Where it will “hit” the next few hours

The bad weather “Thalia” has come: Where it will “hit” the next few hours 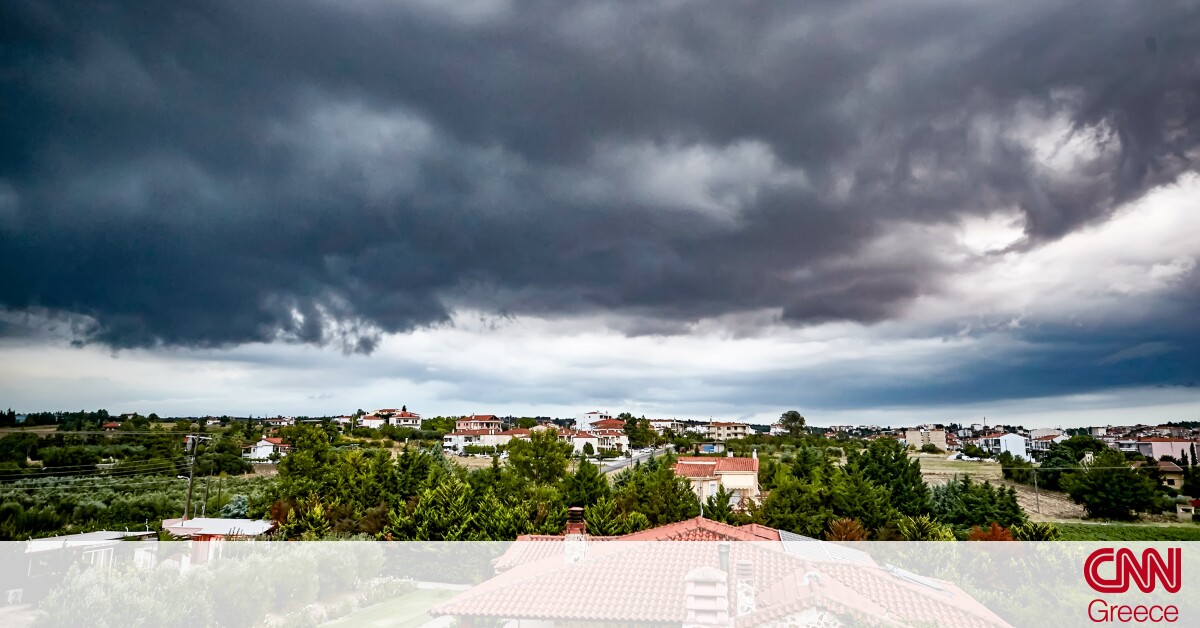 As of today, Thursday, the emergency bulletin for weather deterioration was issued by National meteorological Service, med bad weather with the name “Thalia” to have shown her teeth.

The rains and storms will be them again main characteristics of bad weather, which will mainly affect centrally and North continents.

At the same time, as noted by the National Observatory of Athens / meteo.gr, the storms will be accompanied by intense lightning activity.

See in the gallery that follows the maps with the points that will be affected today by the bad weather:

According to the latest forecast data from the National Observatory in Athens, it is raining and storms marked from the early hours of the twenty-four hour period in Epirus and Central-Western Macedonia will extend from noon, in Thessaly, in Central-Western Central Greece and possibly in the northern Ionian and northern Peloponnese.

The phenomenon in Continent and in Western Macedonia and Thessaly will be strong in places.

In its announcement of the worsening weather, the National Meteorological Service states:

In places, strong storms that will be accompanied by hail and occasional strong winds will occur:

During the noon and afternoon hours mainly on the Ionian islands, Epirus, Macedonia, Thessaly and Sterea.

According to the available information so far, heavy thunderstorms in places will occur from time to time until the afternoon on Sunday (09-08-2020) mainly on the eastern mainland and in the Sporades. “

Thessaloniki: The problems with “Thalia” were restored

With heavy rain, hail and a lot of lightning, the bad weather “Thalia” arrived yesterday afternoon in central and western Macedonia, causing problems, which, however, have been restored.

At 11 pm, the power supply in Pieria was restored, according to the head of the civil protection department in the Central Macedonia region, Charalambos Stergiadis.

Mr Stergiadis, who spoke on the radio station of Athens’ Macedonian news agencies, stressed that despite the heavy rains that began in Pella, Imathia and Katerini and spread across Central Macedonia “we did not have floods, we have done the previous period of stream cleaning”. Just before 11, according to police, traffic in the tunnels of Platamonas was restored in both streams by PATHE, which was carried out from the old national road during the extended power outage in the prefecture of Pieria.

In Thessaloniki, late at night, water was collected in two places, in the tunnel on the ring road and in the Biocarpet area, where “with construction machinery and pumps these points were restored overnight”, as the head of the civil protection department said.

Hailstorms were recorded in Thermaikos municipality and in northern Halkidiki.

Since yesterday afternoon, the fire service has received eleven calls for falls and tree felling and six calls for water pumping from the areas in the municipalities of Thessaloniki, Thermi, Thermaikos, Veria and Kassandra. In western Macedonia, the fire brigade received nine calls for falling trees and three calls for pumping water.

All eligible services are on foot as “Thalia” does not appear to decline before the weekend. In fact, the head of the civil protection department in the Central Macedonia region pointed out that according to forecasts from the EMY, intense phenomena are expected tonight. “We are on guard, today he wants attention in Pieria, Halkidiki, Thessaloniki” concluded Mr. Stergiadis.