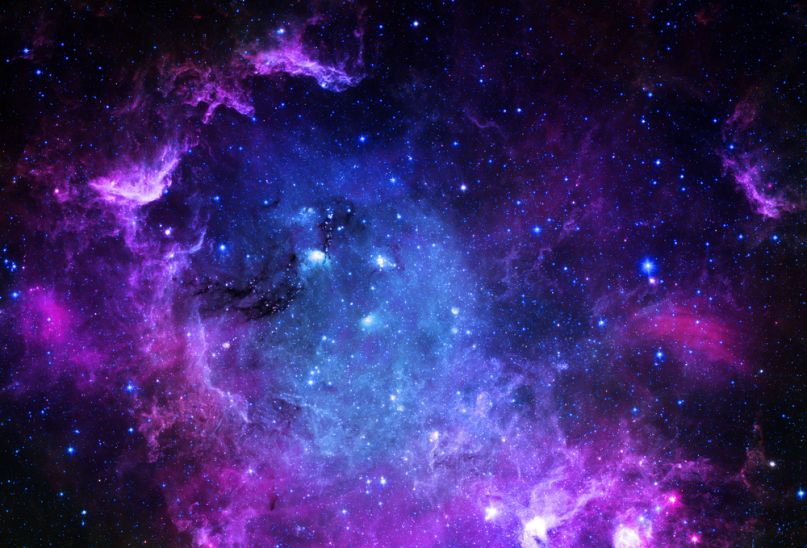 Astronomers have made two unusual discoveries. They found, on the one hand, four mysterious weak objects that are extremely round and lighter on their perimeter, on the other, a giant structure that extends 1.4 billion light years away and was named “The Wall of the South Pole.”

The four annular objects discovered by two radio telescopes (ASKAP in Australia and Giant MetreWave in India) and which are invisible to optical, infrared and X-ray telescopes, do not look like anything discovered so far in the universe. Strange “radio cycles” have been baptized, and astronomers cannot yet estimate their distance from the earth. Currently, a relevant pre-publication has been made on arXiv̵

7;s website and a publication in the astronomy magazine “Nature Astronomy” is waiting.

As to their nature, one possible explanation is that they are remnants of shock waves from an extragalactic event or the activity of a radio galaxy. But they can also be related to a new phenomenon that astronomers have not encountered again.

On the other hand, a new three-dimensional map of the universe near the southernmost part of the earth’s sky revealed one of the largest cosmic structures ever found. It is an unimaginably large “wall” that extends 1.4 billion light years (a light year is about nine trillion kilometers) and contains hundreds of thousands of galaxies. The so-called “South Pole wall” had remained invisible until now, mostly hidden by our bright galaxy.

The new “wall” competes in size with the “Great Sloan Wall”, the sixth largest known cosmic structure. The record for size is held by the Great Northern Wall of Hercules-Crown, which covers an area of ​​about ten billion light-years or a tenth of the visible universe.

A related publication on the new cosmic structure, led by cosmographer Dr Daniel Pomarend of Paris-Saclay University’s Institute for Fundamental Law Research, was published in the Astrophysical journal The Astrophysical Journal, according to Live Science. The researchers said they were not yet sure where the new “wall” would begin and end, for which they would only get a better picture as they mapped the universe on a larger scale.