Revelation: Evidence of Israeli involvement in deadly bombings in Beirut 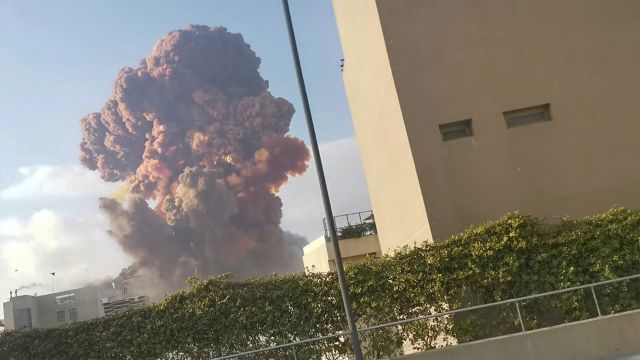 Israel is behind the deadly bombings in Beirut, as it aimed to destroy a Hezbollah weapons depot in the port of the Lebanese capital.

The revelation was made by journalist Richard Silverstein, who has worked with the Guardian and Al Jazeera and maintains the blog “Tikun Olam”, referring to a “top Israeli source”, without revealing any other information.

According to Silverstein, Israel had placed an explosive device in a Hezbollah weapons depot in the port of Beirut, but did not know that there were 2,700 tonnes of ammonium nitrate in the adjacent depot.

Who is Richard Silverstein?

Silverstein, 62, is considered an expert on Israel and Palestine. He is also known for his pro-Palestinian sentiments.

On his personal website, he has made many revelations against Israel and the Netanyahu government, while often publishing news that is hidden by Israeli media.

Silverstein relies exclusively on a famous source in Israel, whose name he has never revealed.

Israel tried to destroy a Hezbollah weapons depot in Beirut, and accidentally detonated a massive explosive depot next door. https://t.co/w3tC66IQMA

For this reason, many have accused him of fake news and he has several enemies in Israel. But outside of Israel, many international media do not consider him a respected journalist, but an ideologue.

His revelation of Israeli involvement in the tragedy in Israel has provoked huge reactions on Twitter, with some users favoring him and others accusing him of spreading fake news.

The reaction of the director of the English edition of the Israeli Haaretz, who called Silverstein … “crooked”, was typical.

you are a crackpot.

Israel has denied any involvement and has even offered Lebanon help

But since Wednesday night, Israel has denied any involvement in the bombings in Lebanon.

Foreign Minister Gabi Ashkenazi, who spoke on the TV channel N12, said that the explosion was probably due to an accident that started with a fire.

“Israel has reached out to Lebanon through international and diplomatic channels and offered medical and humanitarian aid to the Lebanese government,” said a statement signed by Gandz and Foreign Minister Gabi Ashkenazi.

The fact that Israel offered humanitarian aid to Lebanon was also confirmed by Prime Minister Benjamin Netanyahu, although Lebanon has not yet responded to this opening.

Tel Aviv City Hall was illuminated in the colors of Lebanon

Tel Aviv City Hall illuminated tonight with the colors of the Lebanese flag, in a rare sign of Israeli solidarity with Beirut, after the deadly explosion in the city’s port on Tuesday afternoon. 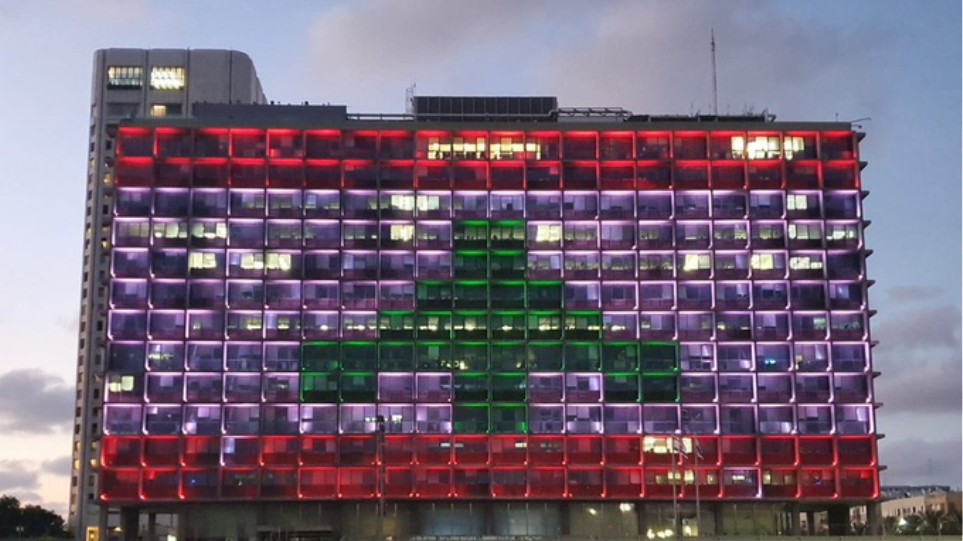 He claimed that “humanity precedes conflict” and ordered Tel Aviv Mayor Ron Holdai to illuminate the town hall, located on Rabin Square, in the colors of the Lebanese flag.

“Our hearts go out to the Lebanese people after this terrible tragedy,” he wrote on Twitter.

Israel has been at war with Lebanon for decades. The Iranian-backed Shiite militant group Hezbollah is considered by Israel to be the biggest threat to its northern border.

The two sides were involved in a 34-day war in 2006, and Israeli authorities recently said they had prevented a “terrorist” attack and opened fire on militants crossing the border.