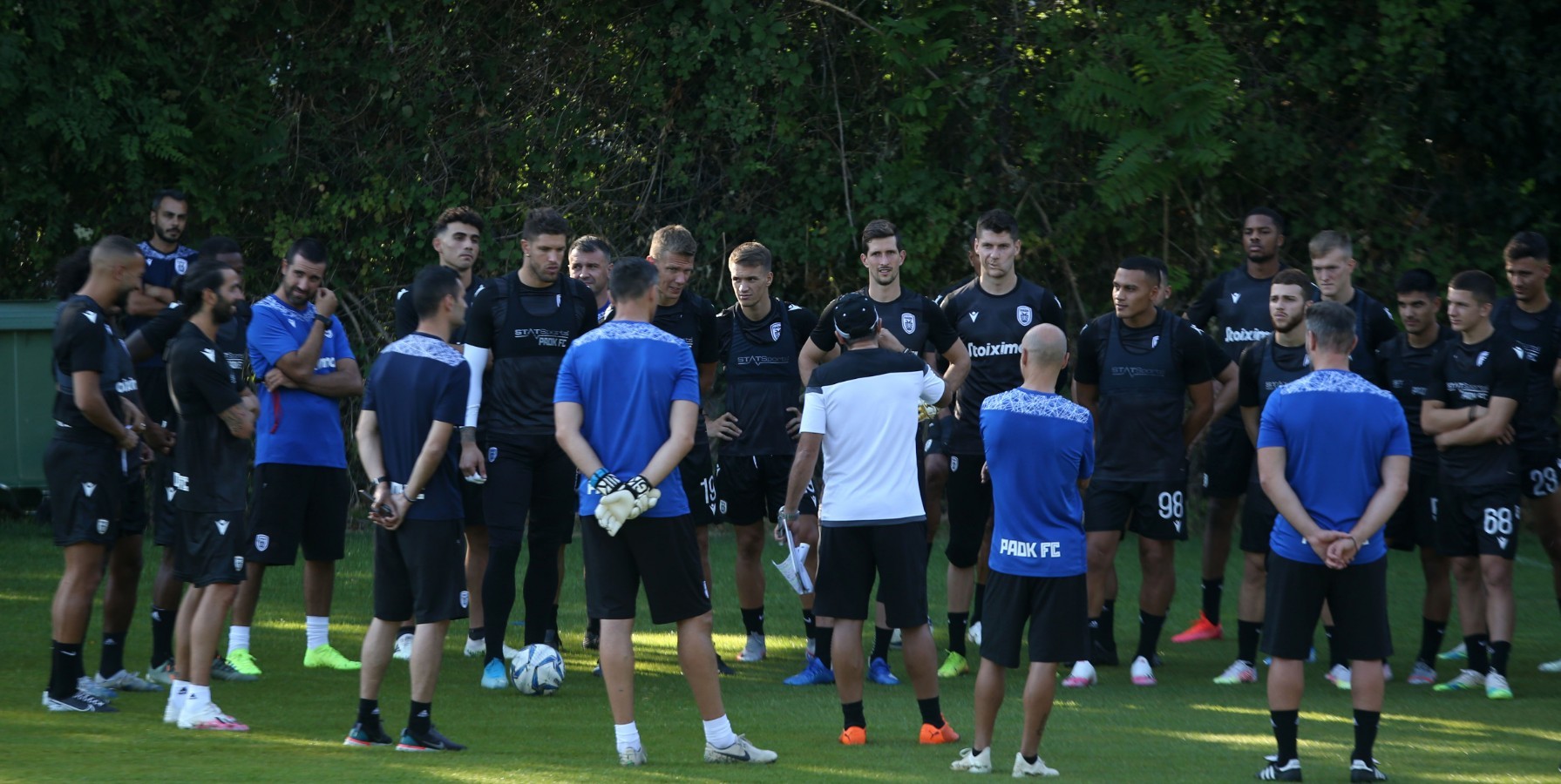 The second day of PAOK’s preparations in Portaria, Pelion, with Abel Ferreira and his players starting hard work for the new season.

A very different preparation due to coronavirus and metrosport.gr with George Zaire who watches it closely and conveys everything that happens.

18.20 Return to high temperatures above 32 degrees Celsius. This will be a workout at least in the first part

18.20 Several families have come with their children

18.25 A family living in Nafplio and on holiday in Volos is here to watch the training. The two girls took pictures with Giannouli and Limnio and were upset that they wanted to go out with Pelkas but he has stayed at the hotel for recovery.

18.28 Rodrigo Soares, who left the morning training with discomfort, did not go down on the field and is clearly recovering, it remains to be seen if he escaped the muscle injury. On the contrary, as happened in the morning, Apostolos Diamantis is here and normally trains with the team, after overcoming the injury problem.

18.30 The first exercise concerns passes, the players are divided into pairs and play ball with each other

18.31 PAOK’s third training is taking place here in Portaria and for the same number of times Augusto has not come to the stadium which continues its own recovery program at the hotel

18.36 The entire football department that is here tomorrow morning will be tested again for covid. That’s obviously the reason why the friendly game with Atromitos goes to Friday

18.41 The warm-up continues exclusively with play with the ball and the field point has been selected which is the only one with shadow. A little later, they will go all over the football field and the sweat will suffice …

18.50 Play on the field now without goalkeepers with Ferreira’s assistants asking for quick passes

18.52 A large cloud has hidden the sun. An uninvited gift to everyone here in Portaria, education becomes easier

18.58 Two goalkeepers, Ray and Zifkovic, are also involved in the game, but we have no end to the home and the two goalkeepers only play on foot.

19.00 In the exercises, both teams play with three stoppers. Since Ingasson is missing, Tsingaras has the role of stopper in one of the two teams. From one team, that is, Diamantis, Mihai and Crespo, and from the other, Varela, Tsigaras and Michailidis.

19.10 ΠTsaousis has received a lot of congratulations from Ferreira’s staff when he covers the left end, he has lost almost no duel

19.12 The number of people watching the education is increasing. It’s more than ever

19.15 It is obvious that Abel Ferreira is working on a formation with three stoppers. He has not changed it in any exercise and obviously we will see it in the first friendly match with Atromitos

19.27 As for the family’s double, it is clearly confirmed that both Crespo and Zampa will no longer be considered injured.

19.30 A little while ago, Pelkas and Ingason went down to the stadium and did an individual program under the supervision of Daniilidis

19.32 Enough appetite from all players in the battle for the goal that will be judged and double because so far no team has scored a goal.

This happened too! At one point, Akpom demanded a penalty and from the mountain was heard by PAOK fans watching the training to check VAR.

19.36 Augusto came just off the track. He did not do the two previous training sessions

19.41 The absolute goal of Koutsias