Owners of Apple’s mobile devices did not waste time, as a large proportion rushed to install the new version of iOS as soon as it was released.

One in four iPhone and iPad owners have iOS 14 installed on their device, just five days after its release. To be precise, the installation speed of the new version of Apple’s operating system according to Mixpanel data reaches the extremely impressive 26.32% when iOS 1

3 is at 66.07% after a steady downward trend (a stable 7.61% has an older version and is mainly about devices without the possibility of further updating). 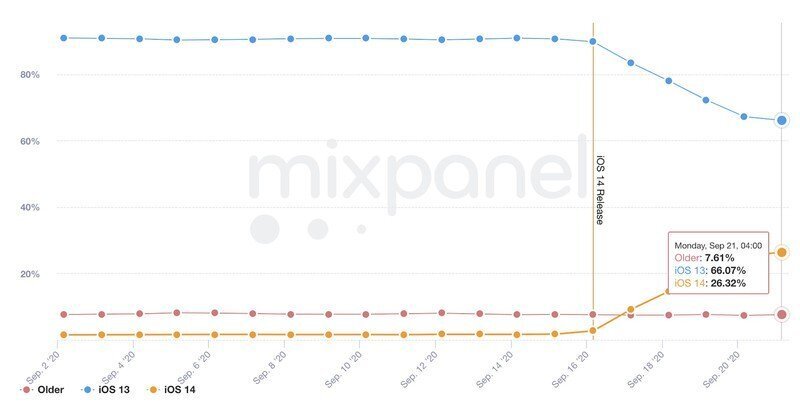 For the record, iOS 13 had reached installations marginally 20% of the total after the first release week last year, making iOS 14 quite popular. ->

Of course, this information is not official and is based on data collected from websites and applications that have the Mixpanel Mobile Analytics SDK. But they usually capture the big picture with a slight deviation, so if nothing else, it is relatively safe to draw conclusions. Confirmation of the above is expected in about five weeks, when Apple provides data for the first month of iOS 14. ->