Mykonos: At least seven cases of coronavirus in Alemagou 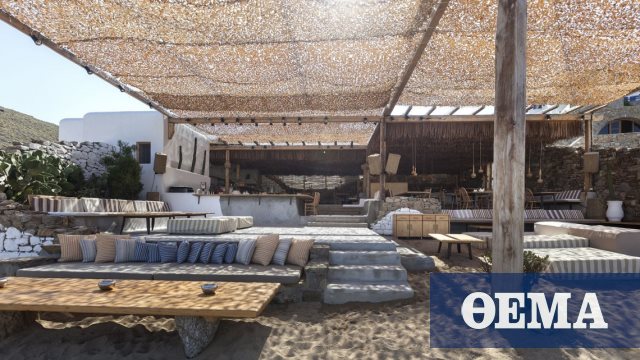 According to information, the positive cases detected among his employees have increased to 7 Alemagou Beach Bar.

Following the discovery of the first case on Tuesday night, the company decided to “roll down” and at the same time take the initiative to submit coronavirus detection test for all staff to limit the spread of the disease. The molecular tests were performed by doctors from a private clinic in Mykonos and the samples were sent to Athens. A man in the company, who previously spoke to protothema.gr, claimed that despite efforts to contact EODY on the phone number mentioned on his website, it was not possible because, as they explained, ” no one picked up the phone».

«We called them several times and calls to that number are recorded. As soon as communication with them was not possible, we decided to act on our ownThe reported properties.

How the first case was identified

It is about employee working in the store and had symptoms of the disease about three days ago. She immediately informed the managers of the company, who asked her to go to the health center on the island, to report to the doctors the symptoms she felt and to ask to undergo a coronavirus preventive test.

When the worker visited the health center, the doctors who examined her informed her that there was no serious cause for concern and advised her to rest for a few days.

The results came out last night and the young girl was diagnosed positively and coronavirus.
In light of this development, the owners of the company decided to test all employees in it while keeping it closed until the situation is completely clear.

It is recalled, however, that in the previous days in the beach bar the necessary protective measures were not observed, as photos and videos that were published showed a large audience spectators.

; on a 200-year-old sculpture in an Italian museum and … broke it

Kozani: He went to ask for rent and he was thrown off the stairs!

Extension of the application of the limit for contactless transactions with debit cards without the use of a PIN code in the amount of EUR 50 until 31.12.2020