K. Angelopoulos about employees: Skindilia's and my children do not want compensation – Newsbomb – News 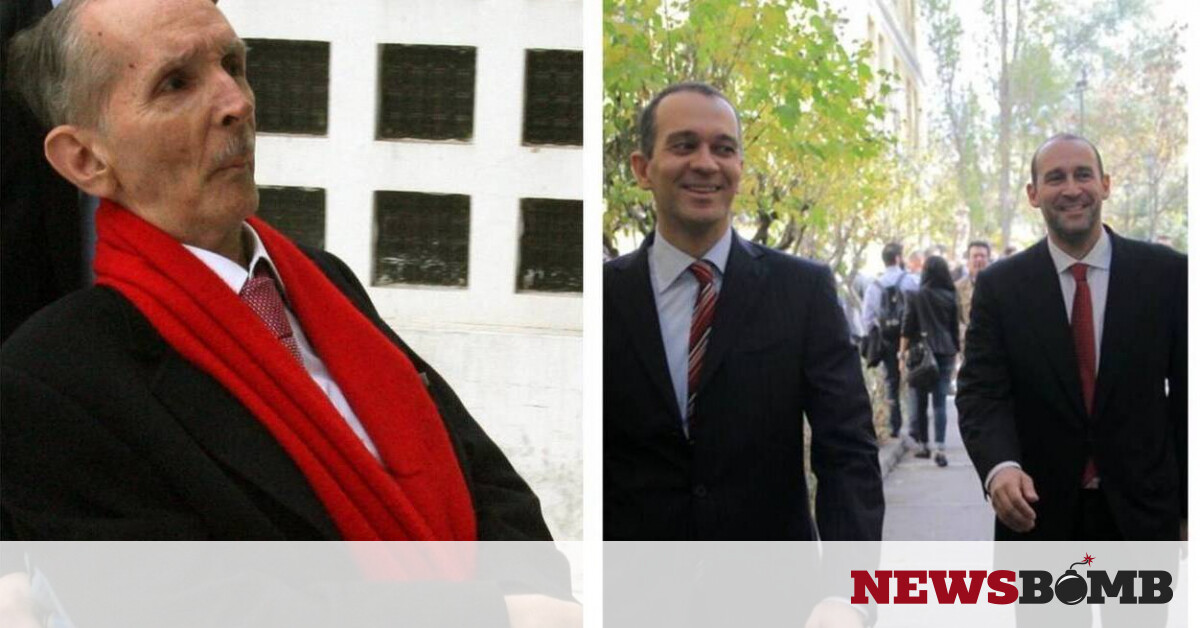 As Konstantinos Angelopoulos explains: "I control 25.73% completely and unrestricted by the share capital of the Steel Company and the rest is either controlled by my children or deliberately obstruct others.

At the same time reveals that he had requested that he would receive the salaries and allowances of detailed employees, but the Skindilia administration refused to leave them.

"As a first step to solving your problems, I have proposed to my children and to Skindilia that the money in the limited liability company Sea lsland Shipping is immediately available as a contribution to the capital increase to cover the accrued and significant part of the workers' compensation, I regret that I rejected my children and the CEO who do not contribute to the payment of these amounts. "

We are reminded many times that workers Steel workers experience total poverty, which they claim, for several months and even symbolically closed the Aten-Corinth motorway on Wednesday (09/1

As reported by Newsbomb.gr , if not answered directly to the administration, they will block the highway completely – At the same time Angelopoulos remains invisible, leaves workers in the dark

entitled to I met the presidents of the Union of Steel Workers, who were informed of all issues. With today's letter I would like to inform all employees of the company but also all concerned about what has happened since the beginning of July 2019 to date.

1. You all know that since I took over the Steel Company, with constant capital increases, I have invested huge sums of money to develop it. Unfortunately, for objective reasons regarding the future of the steel industry in Greece and abroad, Steel's business has tragically declined, so today the company is kept alive by the huge contributions that I and my companies sometimes have to increase the company's share capital. that I feed a very lucrative company. Unfortunately, the creditor banks rejected the restructuring plan that had been submitted in 2018, thereby invalidating the company's ability to survive.

2. For this reason, it was decided at the meeting on 04.07.2019, where I personally participated for four hours, unanimously by the current shareholders, the dismissal of the employees and the payment of their remuneration, and the manner in which the remuneration was paid [19] remained [19].

3rd Unfortunately, senior management later refused to participate in the completion of the procedure, claiming that such decisions were never made at the AGM, namely the termination of employment contracts. At the same time, my children and the CEO of the company have Mr. Skindilia created enormous problems that resulted in complete disarray in the company's shareholding.

5. My children claim in the Athens and Piraeus courts that they control a significant portion of the share capital, while employees and third parties seem to have 0.48% each with the obvious intention of pointing me out to the only shareholder who is indifferent or incompetent and from the inside causes they give me problems so i can't make decisions. All this on employees' backs.

a. Light Blue Shipping controls 8.32% of the capital. since November 2016, the shares in this company have been owned by 2/3 of my children and consequently my children control the corresponding shareholdings in the company "Steel Company SA", ie. 8.32%.
b. Sky Ocean Shipping controls 16.22% of its capital and Sea lsland Shipping holds 8.93% of its capital. For these companies, my children claim in the courts that they are shareholders with 1/3 each, that is, they control the companies and consequently they control the respective shareholdings in the company "Steel Company". In these lawsuits, Skindilias, CEO of "Hellenic Burgess SA" testifies and testifies that the shares in Sky Ocean Shipping and Sea lsland Shipping are 2/3 of the shares. my children who so completely control this limited company which controls 25.15% of the share capital.
C. The same applies to Saphire Corporation, which controls 0.03% of the share capital.

Therefore, my children from the Haliburg share capital, with their claims in their own lawsuits and filed before the courts, expressly state that they control 33.50% through these companies.

6. As I mentioned, the company's shareholders are (a) Parula Shipping, (b) Solva Corporation and (c) Akron Corporation. In these companies, my children have serious legal problems and as a result, these companies that control a total of 40.21% of the share capital have been disabled.

7. Consequently, the following situation has arisen: I have complete and unrestricted control of the share capital of 25.33% and the rest is either controlled by my children or they deliberately create obstacles for other shareholders . Having my children present themselves as shareholders in the Steel Company significantly impedes legal proceedings and, as a result, does not make the necessary decisions as shareholders and at the same time makes Skindilia's CEO all possible and unlikely partnerships. to solve business problems

8. Despite the constant problems and obstacles that my children and Mr Skindilias create, I constantly work with my partners to find a solution so that you employees can get their fair and legal requirements. It is certain that if these barriers did not exist you would have been paid the legal compensation and any accruals you received.

9. As a first step to solving your problems I have suggested to my children and to Skindilia that the funds in the limited liability company Sea lsland Shipping are immediately available as contributions to the capital increase to cover the [45] Union presidency I asked its members to send me their salary statements so that I could get a complete picture of the company's obligations. So far I have not received the documents I have requested and my only information is to inform the CEO of the total amount of debt to employees without specification and detailed reporting.

I will immediately take all possible and appropriate steps to solve your problems, by all means by law and bylaw.

CONSTANTINOS ANGELOPOULOS ». The Chronicle of the Inhuman Suffering of the Workers

« We live in Absolutely regretful, we have been caught completely in the steel industry for a long time. We have been unpaid for three months and unfortunately we do not get a clear answer on what will happen, but also on our money says the President of the Union of Steel Workers George George at Newsbomb.gr

There are 200 workers and 200 workers, as there is no official information from the company management psig . Today, by protesting, they set fire to the entrance of the company and will close the Athens-Corinth highway.

As it is explained, the steelworkers have always stayed unpaid raised to respond, " We have also directed the big shareholder Mr. Angelopoulos but one sends us to the other. The administration sends us to Mr. Angelopoulos and he to the administration. Nobody gives us a clear answer. "Many and when they remain unpaid they grow older," a at this time many colleagues have been interrupted at home while many cannot send their children to graduate schools ".

Finally, as pointed out in Newsbomb.gr Mr. Gakis, The workers have also asked for state aid to provide financial support.

As we noted in a relative report, both sides, its members Angelopoulos and Skindilias play "evil" and "good" – On the other hand, neither of them is willing to pay the company's debts to banks and public organizations.

In the midst of the controversy, there is also the well-known George Skindilias who appears as a follower of George and Panagiotis Angelopoulos

In explanatory manner, Mr. Konstantinos Angelopoulos and holds him as CEO despite both

After months of leaks that Angelopoulos can provide € 12 million in compensation to workers, Skindilias rushed to deny it. That is, his boss!

We are talking about surrealistic situations that seem strange to neither the government, justice nor the structures of the state.

Dead elderly man on the balcony of a fire in Thessaloniki