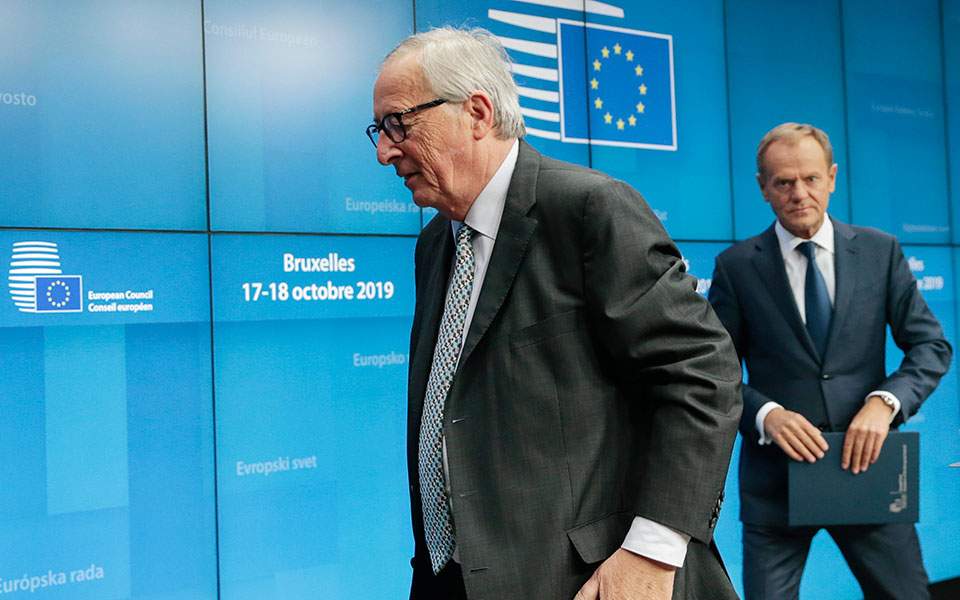 European Commission President Jean-Claude Juncker and European Council President Donald Tusk refer to "wrong" and even "historic", referring to the non-decision to start accession negotiations with northern Macedonia and Albania. At its recent press conference following a European summit, Tusk and Juncker expressed their disappointment at the EU member states' inability to keep their promises.

"The vast majority of member states were in favor, but unfortunately, we needed unanimity," said D. Tusk, adding that the European Council would return to the issue of enlargement before the EU-Western Balkan Summit in Zagreb in May 2020. This was also the only phrase agreed by all states. members and pomenos in the conclusions of the meeting.

"Personally, I feel wrong," continued D & # 39 ;. Tuss and stressed that the two countries, northern Macedonia and Albania, should not be blamed for this development. "You're ready," he said, urging Skopje and Tirana not to give up. Referring to the progress made by the two countries, he emphasized that the Commission's report was "clear" that they had "done what they asked for" and described the Prespa agreement as "a truly great achievement".

"This is a historical mistake." "ZK said for his part. Juncker, who was visibly excited because this was the last summit he attended. In all, he attended 1

48 summits and said he was" proud to be European ". He did not fail to criticize the governments harshly who objected: "If the EU wants to respect it, it must keep its promises."

Juncker also expressed dissatisfaction that EU member states could not proceed with discussions on the next multiannual financial framework today. "It was a debate where they various opinions that were already known were expressed. No guidelines have been agreed, nothing has been done, "he said, noting that he no longer believes it will likely be reached before the end of the year, which he said will have an impact on European programs.

Finally asked about Turkey's question D Tusk stated that he did not want to add any additional "tensions" to EU-Turkey relations, but added that yesterday's decision was not about arms care but a "capitulation requirement".

China: At least 21 students have been killed in a bus accident on an artificial lake

Mr Mitsotakis for mixing: At some point it will change – You will learn from me | POLICY

Waiting for Erdogan’s reaction after the bombing of Turkish targets