George Tsalikis: His public announcement to the parents of Big Brother Themis Kanellos

THE Giorgos Tsalikis sees Big Brother as he comments on Twitter all that impresses him.

In yesterday’s section o Themis Kanellos talked to Big Brother about his family and moved both viewers and social media users.

Specifically, he stated that he has been missing his family for many years.

“When my parents learned a few things about me, that I like makeup, that I’m gay and various other things, I never felt my family as close as I used to. It’s a very bad feeling and I really hope no one else ever feels it. Because the family is never replaced by a friend … It̵

7;s something very bad, you feel a void inside you, as if no one ever really loves you. When you hear irrelevant people say bad things about you. To curse you, to say that it’s you like @, that you’re abnormal … And you do not have the support of your family and they have said the same things before and maybe they have done worse, obviously you think inside yourself maybe I am wrong ; Am I doing something wrong? But I realized that this is not my thing, it’s a complex of other people. “Whether they are my parents or irrelevant,” says Themis Kanellos HERE relevant excerpt)

As soon as we saw this confession, George Tsalikis sent the message to Themis Kanello’s parents via Twitter.

To the parents Themis: I once went to a child psychologist and told him “my son has a problem”. “Wow,” he says to me, “take it otherwise. I have a problem that affects my son” tell me and we will solve it “wrote the successful singer.

See the message from George Tsalikis to the parents of Themis Kanellos from Big Brother: 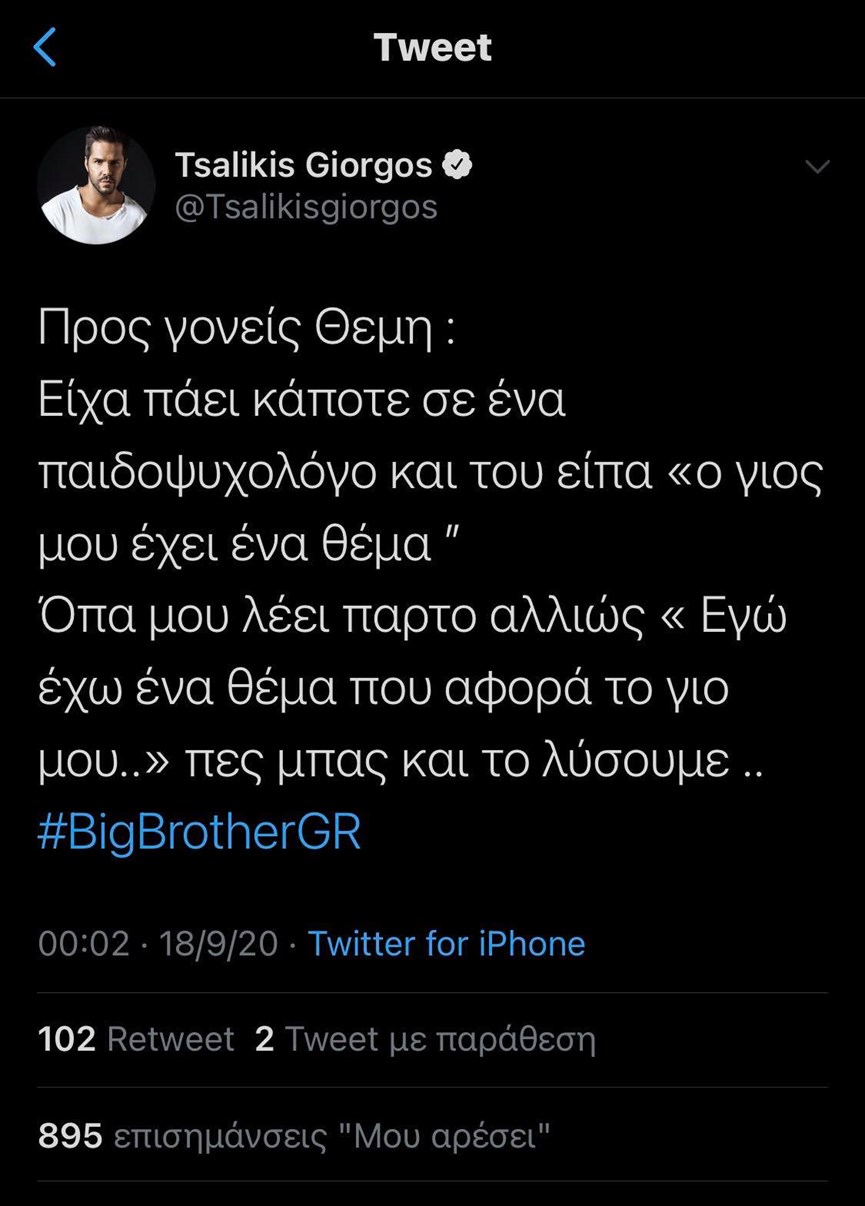