Breaking News
Home / World / George Filis: Do not be afraid of Turkey – a matter of time before they collapse

George Filis: Do not be afraid of Turkey – a matter of time before they collapse 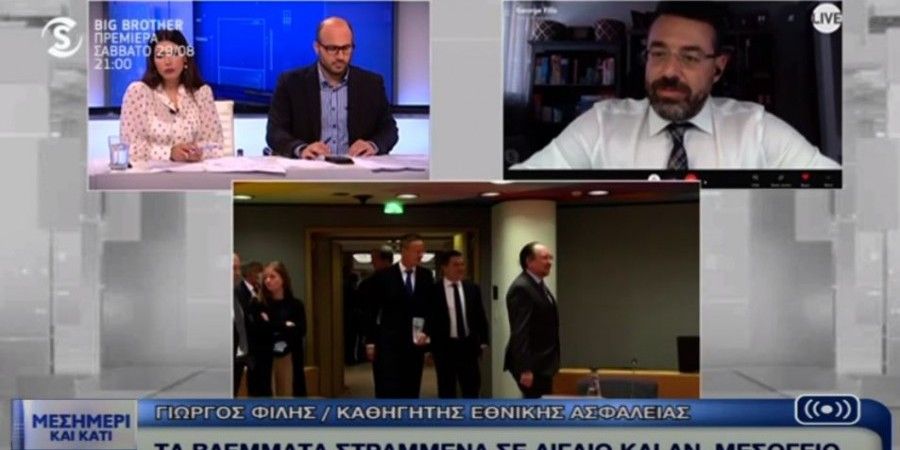 He spoke of Sigma Mesimeri kai Kati and said that despite Germany’s ambitious efforts to reach an agreement between Greece and Turkey, there are still major interests in Turkey that make it difficult to mediate effectively.

For the coming weeks, we should not expect many things, he said, stressing that then it is time for diplomatic moves but also time for Greece to continue military cooperation with France.

Asked to comment on how far we can go, Erdogan said: “We must break eggs with Turkey. The sooner we understand this, the faster we will prepare as a nation and a people for what is to come.”

In this context, he said, the question is not whether we will go into conflict with Turkey but when.

Erdogan has expanded militarily to such an extent in the eastern Mediterranean that he has no opportunity or little opportunity to put up with a country like Greece. “We are a heavily armed country and it is one of the four largest military forces in the EU,” he said.

Turkey is one step ahead of the economic collapse and that, as he said, explains its frustration. “It is clear that it is only a matter of time before they collapse.” As much as countries like Qatar want to support it, what is happening is not sustainable. “

As for military ties and tensions, he said that Turkey’s five submarines became a joke throughout NATO last week. “We must not be afraid of them. We have the military advantage”

Turkey is like the Ottoman Empire before the war in the Balkans. A condition that seems strong but has weak foundations.

Considering himself bigger than he is, he tries to realize his visions.

Regarding the expansion of territorial waters in the Ionian Sea and the delimitation of the EEZ with Egypt, Filis said that if Athens and Cairo remain in this agreement and if the enlargement does not take place in the Aegean, it means that it is a conscious choice for negotiation. .

Athens and Nicosia, he stressed, should continue with the demarcation of the EEZ and we can defend it.

In Nicosia, he also said, we must understand that appeasement does not work because it is the only way that leads you to war or gives the opponent what he wants without war.

He finally emphasized that Hellenism should defend what it has during these years because it forms a balance for the next hundred years. If we do not understand that, we will become the slaves of the Turks.