Drone takes up the images of “Apocalypse” in the harbor 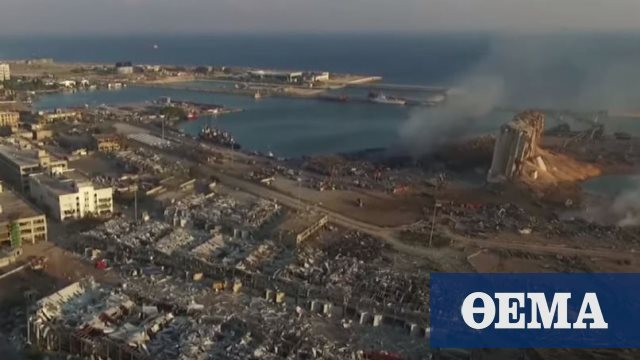 Beirut … A troubled city of martyrdom. With people who have been associated with death, war, deprivation, poverty. A city bombed. The huge explosion that occurred in the port of the Lebanese capital, on Tuesday, has so far reported 135 dead, more than 5,000 injured and 300,000 people displaced from their homes.

He was stunned by the international community and looked at the images from the second – and largest – explosion, which leveled several blocks.

The next day, the image of the city and the harbor was an image … of bombings. Drone recorded the effects of the two major explosions, which literally swept a very large part of the Lebanese capital.

The pictures taken by the drone are shocking:

Explosion in Beirut: The last link in the “chain” of Lebanese tragedies – Debt, poverty and 100 cases of coronavirus per day

A heretic and repentant communist

USA: The video about the 13-year-old autistic who was injured by the police has been released