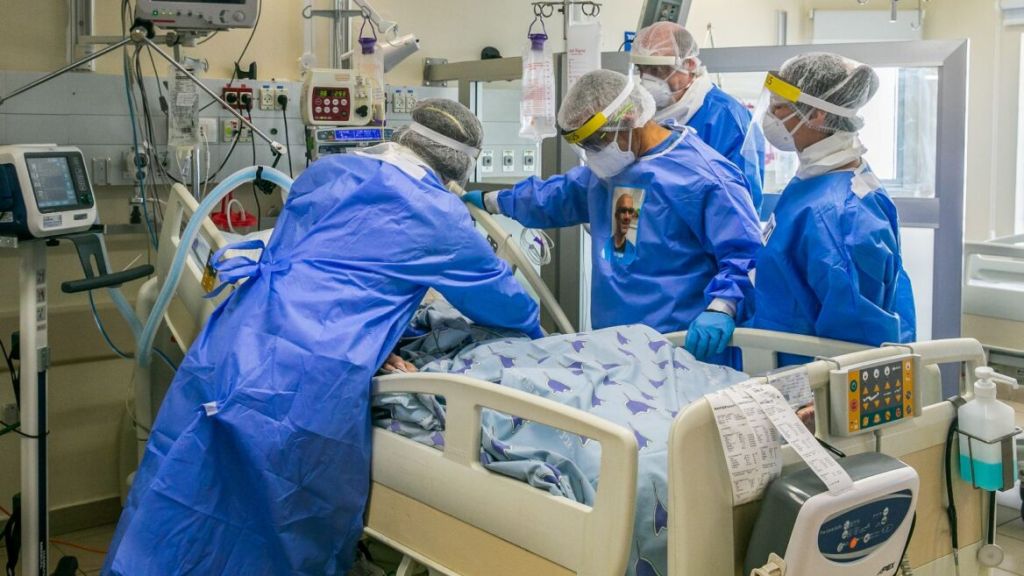 At a time when the tones from the government and the specialists in infectious diseases have increased, with the announcement of Kyriakos Mitsotakis and the return of the duo Tsiodra – Hardalia, the number of coronavirus infections in our country is still worrying, as for another day Greece “captured” a three-digit number with 124 fall on Wednesday.

Where there are cases

Another day, Attica and Thessaloniki have the lead with 22 cases each.

Another 18 new cases are registered in Evros from Alexandroupoli’s wedding.

There are eight cases in Kavala related to the meat industry, two in Imathia and Pella, one in Pieria, Kastoria, Kozani, Pella,

Eight cases were also identified in Larissa: six concern doctors from the two hospitals in Larissa, while one is their close contact.

– fifteen (15) cases during the checks at the country’s entrance gates,
– nine (9) imported cases, which occurred voluntarily,
– twenty-two (22) cases in the Attica peripheral unit,
-Twenty-two (22) in Thessaloniki, of which 4 refer to amalgamation in a hospital in the urology clinic at the General Hospital of Thessaloniki. Gennimatas, two are linked to the case in A ‘DOY Thessaloniki, one is related to the wedding in Ampelokipi and another 6 report family contact with a confirmed case.
-En (1) in Arcadia
-A (1) in drama
-Two (2) in Rhodes, connected to the wedding in Ampelokipi, Thessaloniki.
– * Eight (18) in Evros, all connected with the wedding of Alexandroupolis *.
-Two (2) in Imathia
– * Eight (8) in Kavala, connected to the cluster in Vikre meat industry *.
– * Eight (8) in Larissa, six of whom are related to doctors from the two hospitals in Larissa, who took a holiday in Halkidiki and one of them is their close contact *.
-Six (6) in Magnesia, of which * (4) are connected to the cluster of the Stefanovikeio camp in Volos and one (1) is connected to the wedding in Alexandroupolis *.
-En (1) i Pieria.
-En (1) i Kastoria.
-One (1) in Corfu.
-To (2) and Kozani.
-One (1) on the Cyclades.
-En (1) i Pella.
-Two (2) in Halkidiki.
-En (1) in Chania.

13 of our citizens are treated by intubation. Their median age is 70 years.

129 patients have been discharged from the ICU.

The median age of our dying citizens was 76 years and 95.7% had an underlying disease and / or age 70 years and over.

The age distribution for (a) total cases, (b) cases that resulted in death and (c) patients treated by intubation, are as follows:

The map shows the geographical distribution of the total cases of COVID-19 (since the beginning of the epidemic) by the country’s regional unit, based on the address given to the patient’s permanent residence, or the address of temporary residence for tourists and other temporary residents in Greece.

Includes both cases with travel history (“imported”) and cases with possible domestic transfer. 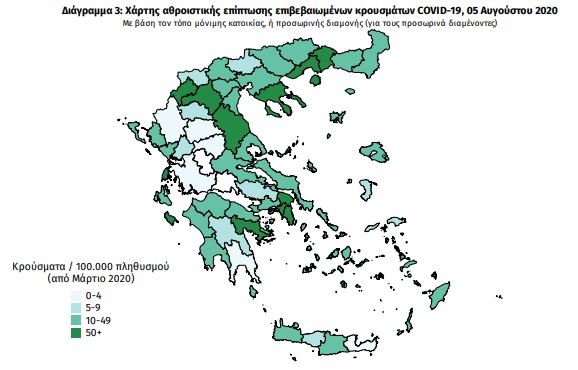