Coffee is not to blame on the Capital 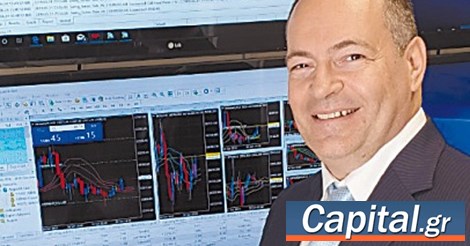 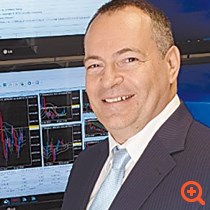 During these terrible stock market times, where blacks in investment hangouts are the ultimate trendy color of “upholstery” with purple accentuating the interior, you read sitting that a listed company increased 1

30% in net profit in the first half and you think something is running with coffee.

Find out if someone threw a hallucinogenic substance in coffee.

But how is it possible, how did he escape from the grip of the pandemic and in fact with such an increasing number of profitability?

Nevertheless, Plastics of Thrace recorded earnings per share of EUR 0.2227 or an increase of + 131.7%, with sales of EUR 155.37 million in the first half of the year and adjusted EBITDA to increase compared to the corresponding last year by 62.7 % to EUR 26.78 million. And not only that, they also reduced their net debt by -43.8% to € 46.97 million from € 83.52 million as they prepare to delineate the next six months with management declaring optimism to achieve particularly positive The funds amounted to EUR 151.85 million from EUR 146.34 million at the end of 2019 and the capitalization on the Greek stock market reached just under EUR 100 million. Graphically, the stock has made an upward break from the downward rotation in March 2019, at 1.94 euros, which opens the uphill field for the resistance area of ​​2.40 to 2.50 euros. From there, a confirmed escape with an increase in trading volume will give the record the level of 2.95 to 3 euros, which it had tried again in early 2018.

Not to forget, at the end of July we were positively shaken by the jump of + 275% in profit after tax during the first half of 2020 for the company Papoutsani and reached 2.3 million euros from 600 thousand euros in the corresponding period in 2019. Sales amounted to 20 .9 million from EUR 14.4 million in the first half of 2019 (+ 46%) while profit before tax reached + 306% to EUR 3.2 million from EUR 800 thousand in the corresponding period last year. And here a dynamic second half is being prepared. Canvas for diagrammatic analysis for a seminar is reminiscent of the company’s weekly chart, as it has several forms of accumulation with fragmentation and upward flight. Recently, it has actually caught a “flag” that melts upward movement from 1.80 to 2.29 euros. A dissolution of the short-term lateral descent formation gives the green light for a recovery of the resistance of 2.30 euros. From there, however, the upstairs space is free up to 3 euros.

The Flexopack Group also noted a significant increase of 62.24% in profit after tax in the first half of 2020 and amounted to EUR 5.672 million compared to EUR 3.496 million in the corresponding half of 2019. The Group’s turnover amounted to EUR 51.387 million, compared to EUR 45.202 million, which shows an increase of 13.68%. Despite the fact that the company’s free float reaches 32.5%, the share has made 222 thousand units since the beginning of the year, which makes it considerably difficult for any marketing on the board. The latest “large” daily trading volume was recently on the 17th of this month with 10,953 units, an element where the pressed stock to + 7.46% to 7.20 euros. Graphically, what is visible is a huge lateral formation that lasts, close to 1000 days, which has an upper limit of 8 euros and a lower limit of 6 euros, in addition to a certain descent without continuity. An upward flight after 1000 days of confinement gives the height of the formation, ie. 10.20 euros. In recent sessions, after many months, the exponential mobile average of 100 weeks has passed.

Finally, Epsilon Net also noted a significant increase in profit after tax of 54.03% in the first half of 2020 and closed at EUR 1 million from EUR 650,000 corresponding to 2019. Sales amounted to EUR 8.45 million compared to EUR 7 87 million in first half of 2019, while cash and cash equivalents amounted to EUR 11.13 million with a net fund of EUR 4.49 million and equity of EUR 15.19 million. The company’s capitalization after entering the main market now reaches EUR 36 million. As we have repeatedly pointed out, the company belongs to the promising IT industry that is expected to be launched in the next three years. Technically, the stock shows in the weekly price chart to form a buyer base around 2.60 to 2.65 euros in order to move to the level of 2.96 to 3 euros. From there, the road opens for 3.28 euros, which was our original goal after the upward drilling of the resistance rotor in October 2019, to 2.34 euros. However, the upward movement above EUR 2.96 in order to be achieved must significantly increase the daily trading volume.

Apostolos Manthos is responsible for technical analysis and investment strategy at Aenaon Markets.

Coronovirus: Hazard signal for fall and intubated – ICU under pressure in Attica