Breaking News
Home / World / Beirut: The city was deleted from the map

Beirut: The city was deleted from the map 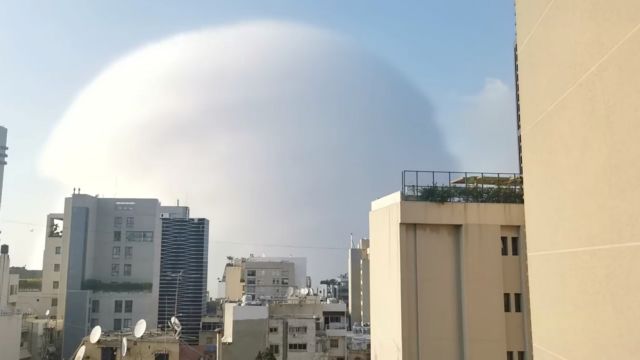 With a photo of him in hand, they walk the streets of Beirut and ask if anyone knows anything about Hassan Hasrouti. He is one of dozens missing in a deadly explosion in the heart of Lebanon that has killed at least 135 people and left thousands in hospital.

“This was our night,” said Hassan’s son Eli, according to the Guardian. Hasrouti’s family is looking for him without knowing if he is injured or dead.

It may still be under the wreckage of the port flattened by the powerful explosion of 2,700 tonnes of ammonium nitrate.

It was only a few minutes after 1

8:00 when Beirut was completely shaken while the smoke from the “mushroom” that was created covered the sun. The shock wave was so strong that it solved everything in its path.

Nearly half of the city has been destroyed and the total damage could amount to $ 15 billion.

I will never forget the smell of blood

The testimony of a Greek woman living in Beirut is shocking, and she described in MEGA’s headline bulletin, the nightmarish moments of the explosion and the panic that followed.

Mrs Kourti lived in terror in her own house because she and her husband were injured.

The description of Dora Kourti “takes your breath away”.

“I went up and my knees were swollen, full of blood, full of glasses, you know from the glass we had, my hands, my feet, fortunately my head and body were not injured.” My husband was slightly injured in the face, because he hid from the windows at that time. ”

“Wherever you went you slipped because there was blood and it smelled like blood, a smell I will never forget in my life. See we had 17 years of war but we have never suffered so much damage, I do not remember a day that in a second your whole life is gone “.

Mrs. Kourti compares the pictures she saw to a war zone. As he says, he will never forget the people who mourned their own, the parents who were desperately looking for their children and the smell of blood.

“The first explosion I did not know what it was, I thought it was an earthquake and we went to see, that is, I went to the window to see what happened and at the same time my husband, who was inside the house, called me and called me to get out of the window. “As soon as I came back to go to my husband I heard the other big boom, which threw me from the living room to the entrance.”

Seeing the bloody wounded lying on the ground, on the street and in the hospitals in Beirut, surgeon Antoine Kurban has bandaged his head after injuring himself, the impression that he is reliving the apocalypse scenes he experienced when he served in the apocalypse.

On Tuesday afternoon, the 60-year-old doctor was drinking his coffee with a friend in the center of the capital, when he was suddenly found lying on the ground, at a distance of 20 meters: there he was pushed by the shock wave from the explosions in the city harbor.

This is my old house in Beirut. I picked up my first child here and it’s less than a mile away from the harbor explosion. I would have lived there if I had not moved in 2018. My former landlady sent this to me. Complete shock. #BeirutBlast #beirut #lebanon pic.twitter.com/gmW60FfzHR

Hospitals were quickly flooded with people, with more than 4,000 injured.

With his head bleeding, Kurban walked back and forth in the street, until a stranger on a motorcycle offered to take him to Gaitawi Hospital. There he experienced scenes from the past again. “I saw wounded bloody on the side of the road, others lying on the ground in the hospital yard. A doctor sutured my wound while I was sitting on the street.” I waited for many hours, “he said.

“I remembered everything I saw many years ago when I was involved in humanitarian missions in Afghanistan,” he added.

This morning, the doctor went for a CT scan and medical examinations at Otel Die Hospital, where it was complete chaos. In the corridor, mothers were worried about their children. An elderly man, disoriented, was looking for his wife, who was taken to another hospital. Mobile phones are still ringing. In the ensuing discussion, everyone repeated the same story: “He escaped a miracle.”

Nor did they see such chaos in the Civil War

More than 300 injured and 13 dead were transported overnight to Hotel Die, according to the hospital’s medical director Georges Dabar. “During the civil war, I practiced here.” I have never seen scenes like yesterday, “the doctor told AFP.

“The most difficult thing is to announce the death of a person to the relatives who are looking for him,” he continued, almost hiding his feelings. “It’s hard to tell a father who brought his little girl to save him that he’s dead.”

My heart goes out to #Beirut, Lebanon 🇱🇧 this is so scary and heartbreaking 😓💔pic.twitter.com/Lbz2RYqmwa

For the hospitals, which were already collapsing, on the one hand due to the economic crisis in Lebanon and on the other hand due to the pandemic in the new coronavirus, Tuesday’s tragedy is a disaster.

At two hospitals, five nurses were injured when the roof fell from the blast or if they were cut from glass.

The medical staff is exhausted from what is happening in the country and from the coronavirus. “But in the face of yesterday’s crisis, the solidarity he is showing is exemplary,” says Dr. Dabar.

Rosary Brothers Hospital, near the harbor, has been shut down after being destroyed by explosions. So did St. George’s Hospital, where the night was a nightmare. 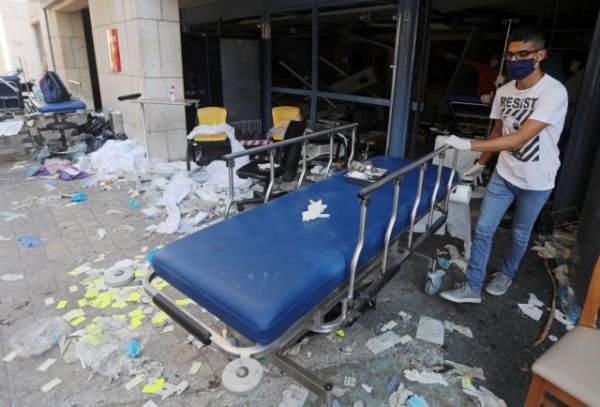 From the high-rise, only the skeleton remains. The roof has fallen, the electrical cables are hanging freely. Everywhere, broken glasses and debris. The elevator doors swung from the shock wave.

A state crime that waited for six years

Preliminary investigations show that years of passivity and negligence over the storage of highly explosive material in the port of Beirut caused an explosion that killed at least 100 people on Tuesday, says an official source familiar with the results.

The Prime Minister and the Presidency said yesterday that 2,750 tonnes of ammonium nitrate, a chemical fertilizer that can also be used to make bombs, had been stored in the port for six years without any safety measures.

“It is negligence,” the official source told Reuters, adding that the issue of safe storage had been raised in several committees and judges and “nothing was done” to issue an order to remove or destroy the highly flammable material.

Cheers and cheers when rescued from rubble in Beirut explosions pic.twitter.com/6uCDqeFi1a

The source said that a fire started from warehouse 9 in the harbor and spread to warehouse 12, where ammonium nitrate was stored.

Yesterday’s explosion was the strongest ever in Beirut, a city still feared by the civil war three decades ago and rocked by a deep economic crisis rooted in decades of corruption and economic mismanagement.

The authorities were notified

Badri Dacher, director general of Lebanese customs, told LBCI-TV today that customs had sent six documents to the judiciary and warned that the material was a threat.

“We asked for his extradition but it did not happen.” We leave it to the experts and those concerned to determine why, “Dacher said.

According to another person connected to an employee of the port, a team that had inspected ammonium nitrate six months ago warned that if it did not move, it would “blow up the whole of Beirut”.

According to two documents seen by Reuters, Lebanese customs had asked the judiciary in 2016 and 2017 to ask the “competent freight service” to re-export or approve the sale of ammonium nitrate, which had been removed from a cargo ship, Rhosus, and stored in warehouse 12 to secure the port security.

One of the documents refers to similar requests made in 2014 and 2015.

“A domestic and international inquiry should be conducted into the incident, given the extent and circumstances under which these products were transported to ports,” said Gassan Hasbani, a former deputy prime minister and member of the Lebanese force. 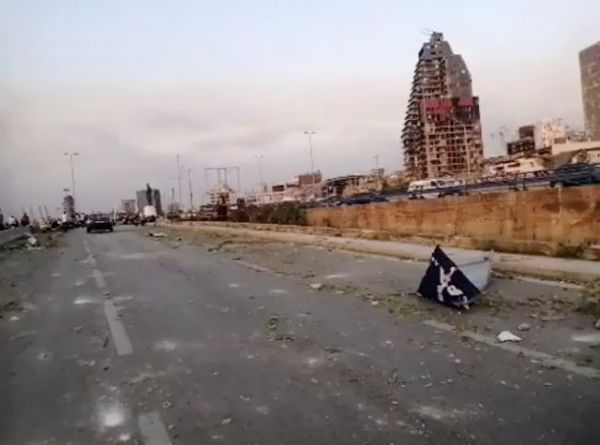 Shiparrested.com, an industry network that handles legal issues, reported in 2015 that the Moldovan flag Rhosus moored in Beirut in September 2013 due to technical problems during its journey between Georgia and Mozambique with 2,750 tons of nitrate. of ammonium.

During the inspection, the ship was banned from sailing and abandoned shortly afterwards by its owner, which resulted in various creditors making legal demands.

“Due to the hazards associated with the remaining ammonium nitrate on the ship, the port authorities emptied the ship and transported their cargo to the port’s warehouse,” he said.

Support up to 85% for … green houses – The whole program