With heavy rain, strong winds and lightning, the bad weather “Thalia” set foot in our country, which according to forecasts will drastically change the weather scene.

According to meteo.gr, a total of 9,900 lightning strikes were recorded in northwestern Greece by the “ZEUS” system from the National Observatory of Athens until Wednesday afternoon. 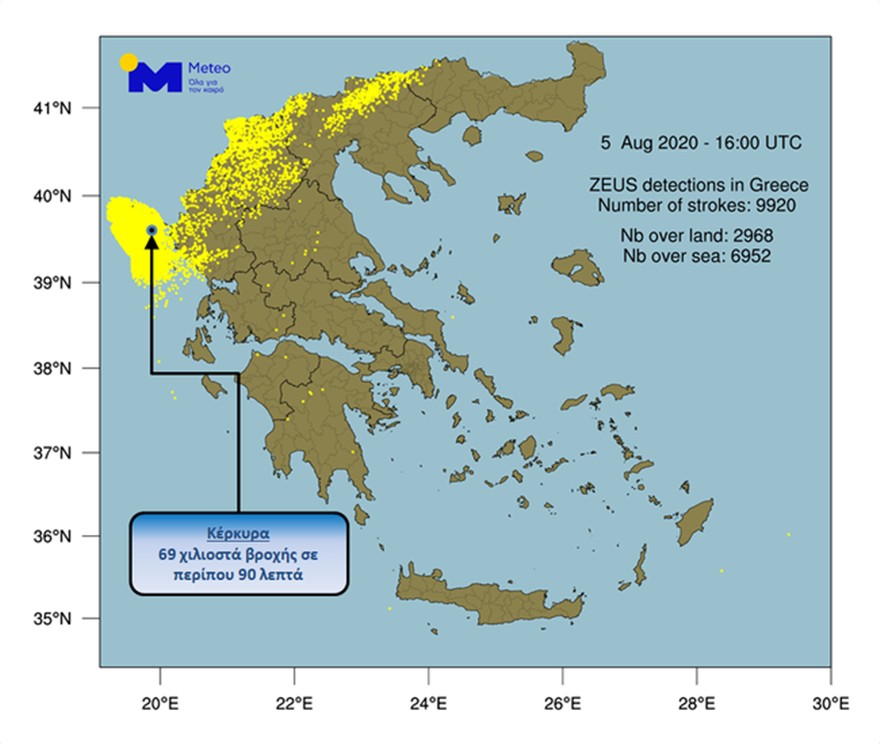 Intense phenomena in Thessaloniki and Kozani

Rain and thunderstorms occurred mainly in Ionia, Macedonia, Epirus and Thessaly. It is worth noting that on the first day of “Thalia” at the meteorological station in Corfu, 70.8 mm of rain was recorded, of which 69 of them in about 90 minutes.

A truck accident on Egnatia Odos on Kozani – Veria road occurred after 20:45 at night. A strong storm prevailed in the area while vehicle queues formed. 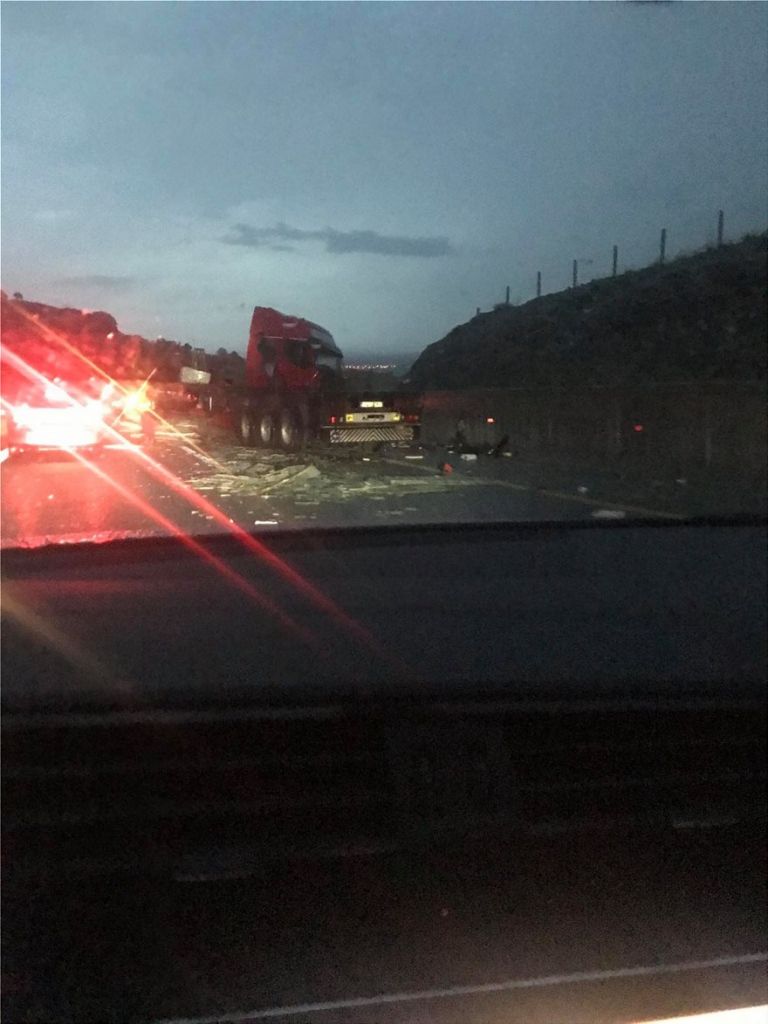 The current bad weather in the city and in the Corfu region caused serious problems.

The heavy rain that fell from early in the morning flooded roads and businesses, while the fire brigade had to intervene to remove trees and pump water.

Plaster fell on Liston and the cave while a tree fell on parked cars behind the historical department at the University of Ionian.

Problems on the Aeginio – Evangelismos railway line were caused by the bad weather in northern Greece, when a lightning strike led to a power outage, which resulted in a disruption to train traffic at this point.

OSE is in contact with PPC to provide electricity from another station and to release the three passengers and the commercial train that has stopped its traffic.

The weather on Thursday

More specifically, light rain is initially expected mainly in Ionia, Epirus, Thessaly, Central Greece and Western Macedonia. At noon, the rain will be heavier and will mainly affect Ionian, Epirus, Thessaly and Macedonia, while in places there will be thunderstorms. Local clouds are expected in the rest of the country. Atmospheric dust concentrations in the Central and Southern Aegean Seas will be relatively high.

In Attica, local clouds are expected from time to time. The winds will be blowing from northern directions and at noon and afternoon from changing directions up to 3 Beaufort. Dust concentrations in the atmosphere are relatively high at noon. The temperature in the center of Athens will be between 26 and 33 degrees.

Cloudy skies are expected in Thessaloniki sometimes with the possibility of rain towards the end of the 24-hour period. The winds will blow from east to south 2 to 4 beauforts, but from the afternoon they will change to 3 beauforts. The temperature in the city center will vary from 24 to 29 degrees.