Breaking News
Home / World / Austria: “The last dreamer in Europe to wake up to EU relations”

Austria: “The last dreamer in Europe to wake up to EU relations” 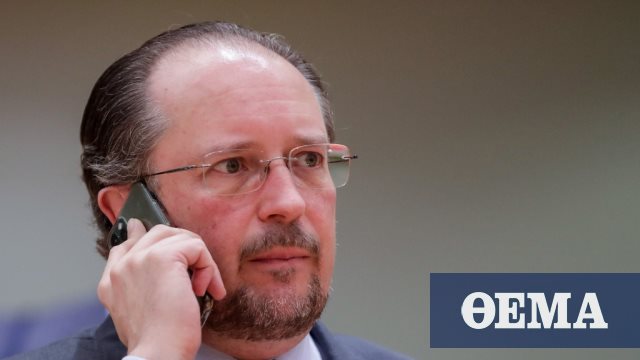 “Turkey despises every convention and challenges Europe”, stressed the Austrian Foreign Minister Alexander Salenberg and asked for one “Really basic” debate on Turkey, while emphasizing it “The last dreamer in Europe must wake up” with regard to the European Union’s relations with Turkey. He pointed out that it is “Absolutely necessary” EU to show solidarity with Greece and Cyprus.

“Turkey despises every convention and challenges Europe and it is clear that the Eastern Mediterranean is not the South China Sea and we must not allow things to develop that way.”

; International law must be the basis, and I am in favor of having a really fundamental debate on Turkey . “ in Mr. Salenberg when I attended the informal EU Foreign Affairs Council held in Berlin during the German Presidency of the EU Council.

“I think the last dreamer in Europe should slowly wake up when it comes to EU-Turkey relations.” We need a “reality check” and the EU must show a clear attitude when Ankara behaves in this way and presents such rhetoric and measures as now . “ added features

On the question of whether Turkey violates international law with its actions, the Austrian Foreign Minister says that a dialogue is needed between the parties, while Turkey is not a party to the relevant agreements. “It simply became our attention then. And in the law of the sea we know this, the question, for example, where the territory ends is controversial, but how they try to create completed … one has the impression that we have a growing gunpowder depot and that we must the number of warships in Eastern Mediterranean at the moment it almost necessarily shows that it will happen one day and it is right in front of our door. That is why, once again, we do not want to see situations like the one we see in the South China Sea repeated in the Mediterranean. “ completed o Alexander Salenberg.

China: Eight imported cases of coronavirus and 19 asymptomatic in the last 24 hours

See all the latest news from Greece and the world, right now when they happen, on Protothema.gr