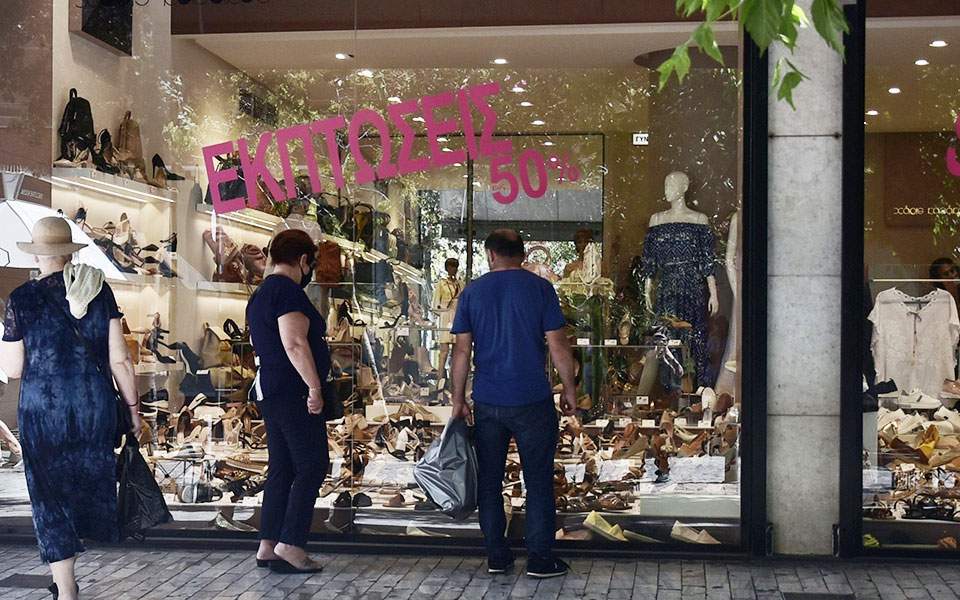 Retail, tourism and car trade are the industries with the highest proportion of companies in the fight for survival with 43%, 47% and 57% respectively.

Reinforced defense against the effects of the pandemic crisis shows that one in three small and medium-sized enterprises (SMEs) has a turnover of up to half a million euros and from 2.5 million to 10 million euros, respectively.

According to a conventional survey from Danmarks Nationalbank’s Department of Economics during the first half of the year, in relation to the crisis in 2008, today 1/3 of companies that show good sales development, liquidity and profitability will be easier to handle the challenges in coronavirus.

On the other hand, a corresponding proportion of companies are in a worse position than in 2008, so they need more
manage the pandemic stroke.

About one in two medium-sized companies is in better shape than in 2008, with 47% of micro-enterprises expected to face more difficulties.

In general, the pandemic stopped the upward trend in the confidence index ̵

1; corresponding to the net balance of responses, for decrease (-100), stability (0) and increase (+100) – which returned to negative ground after five holidays. The first half of the year fell to -8 points (from +26 points during the second half of 2019), approaching the levels of previous crises, ie. the start of the recession in 2009 and the introduction of capital controls in 2015.

In addition, the future demand index fell by 87 points and registered the largest decline between consecutive holidays and the lowest result of the decade (-45 points). The growth targets for small and medium-sized enterprises also decrease when they fell to 37% in the first half of 2020 (from 71% in the second half of 2019) and return to 2015 levels.

The target for pandemic survival increased by 33% from 10% of SMEs in just six months. The car trade, tourism and retail trade are the industries that have the highest proportion of companies in a struggle for survival with 57%, 47% and 43% respectively. On the contrary, the food and construction sectors (especially public works) are more optimistic, with less than 1/5 of companies declaring a survival strategy for the near future as dominant.

Compared with the crisis of 2008, tourism has a stronger defense against coronavirus thanks to the previous decade of strong growth and the food industry, which maintains its export dynamics.

On the other hand, the retail trade, clothing and other industries seem to have less strong lines of defense and will require stronger support, as the proportion of companies that are worse than in 2008 was more than 50%.

The application for a withholding tax return is out of order today from 15:00 to 21:00 due to an upgrade